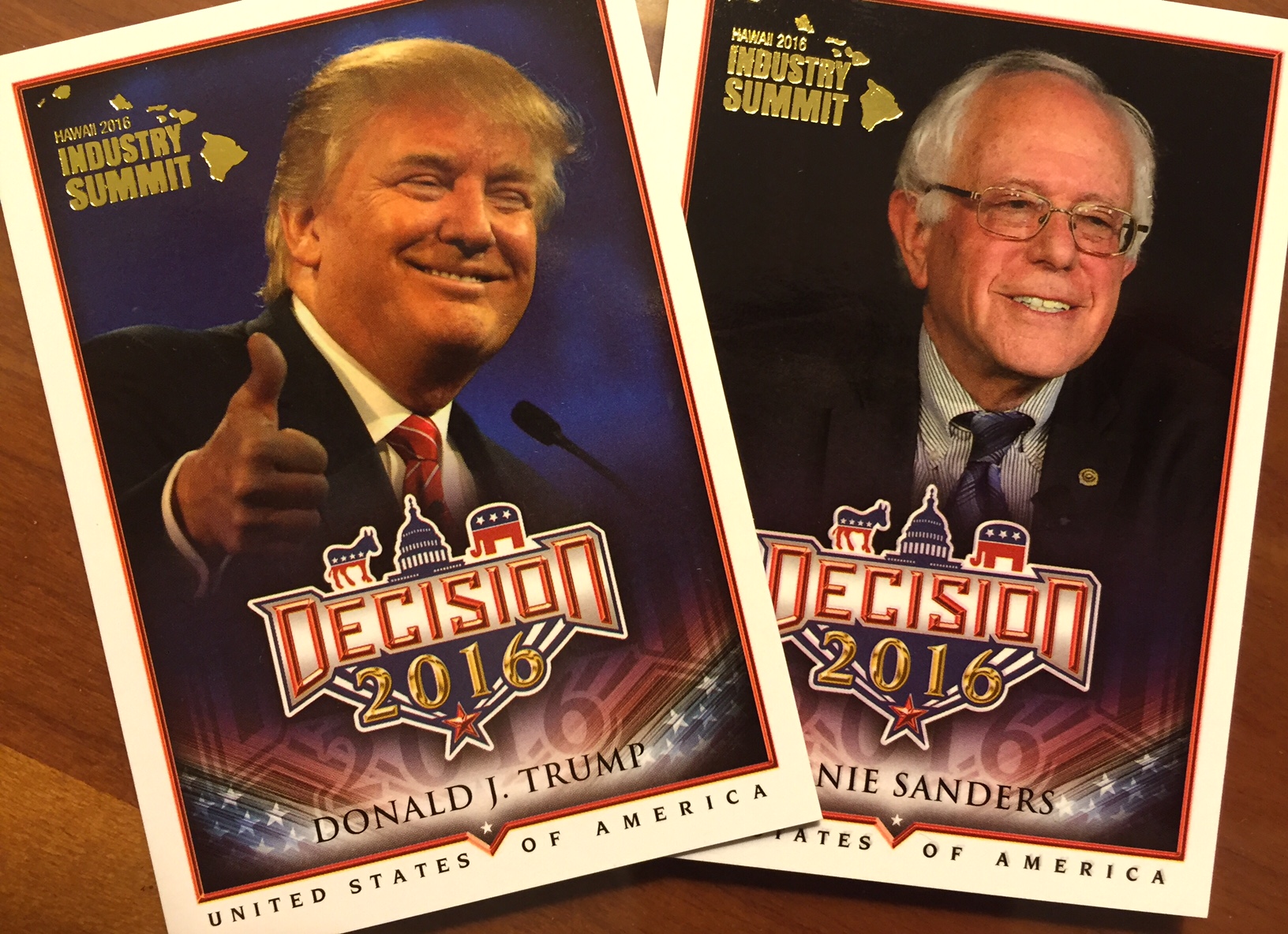 Donald Trump, Bernie Sanders, Hillary Clinton and a handful of other prominent Democrats and Republicans made a brief appearance at the 2016 Industry Summit in Hawaii — as trading cards.

Those attending Leaf’s presentation by Brian Gray were given a small sample of Decision 2016 Industry Summit promo cards.

The exclusive set features 18 cards, all of which are limited to less than 100 copies.

All of the cards have a gold foil Industry Summit stamp on the front noting that they’re from the event.

Seventeen of the promo cards have a “P” prefix on the back. Card 13, John Kasich, was supposed to be P13 but the “P” was accidentally left off.

Leaf is not producing Decision 2016 but they are distributing it.

The full checklist of all 18 promo cards is below.