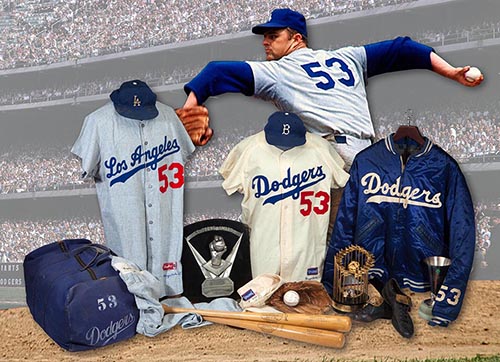 More than 200 pieces of Don Drysdale’s personal collection of memorabilia are being sold. Game-used gear, championship rings and awards are all among the items being put up for bid. They headline SCP Auctions’ 2016 Spring Premier Auction.

Game-worn uniforms from both the 1963 and 1965 World Series are among the items expected to fetch the highest bids. Other jerseys come from throughout his career including his rookie season of 1956 in Brooklyn. Los Angeles jerseys from 1965, 1966 and 1969 are also available. 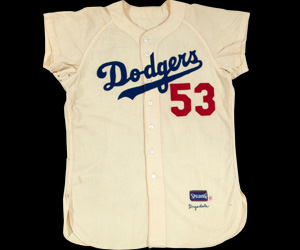 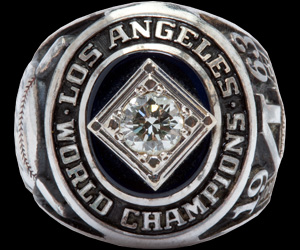 The game-used pieces reach beyond just jerseys. The ball from the final inning of his then-record 58 2/3 consecutive scoreless innings is one of the most notable. There’s also a bat the pitcher used in the 1963 World Series. 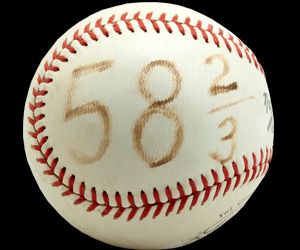 Although Drysdale’s actual Hall of Fame plaque hangs in the Baseball Hall of Fame in Cooperstown, his personal plaque from the 1984 induction ceremony is available in the sale. Among the other honors is his 1962 Cy Young Award.

The NHL All-Star Game has a strong ...