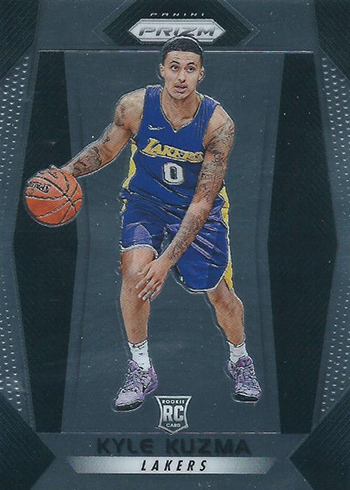 Lonzo Ball made be getting most of the attention, but there’s another rookie to watch on the Lakers. Kyle Kuzma has been strong for the team thus far, albeit without a lot of fanfare.

Although Kyle Kuzma Rookie Cards aren’t at Lonzo-ian levels, they are performing solidly so far. And while Kuzma does have a handful of autograph cards already, it’s not in quite the same quantities as his rookie peers.