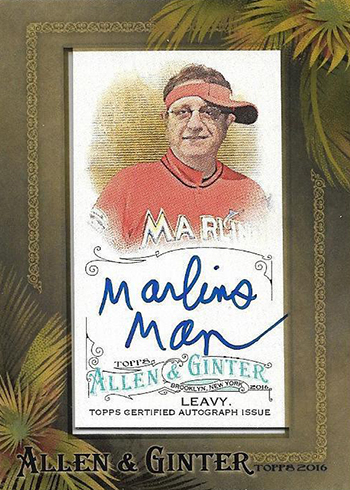 The Miami Marlins have undergone some major changes in recent months. It started with a change in ownership that made Derek Jeter the face of the franchise.

Then Jeter and company decided that they needed to trim the payroll so Giancarlo Stanton, the reigning National League MVP, was sent to the Yankees. Next, Marcell Ozuna, an All-Star the past two seasons, was traded to St. Louis. Dee Gordon was also traded by Miami.

In its relatively short existence, the Marlins have already undergone multiple fire sales. But this time around, some fans are getting tired of it.

According to reports, last night during a town hall discussion, Jeter faced Miami’s season ticket holders. Among them, celebrity fan Laurence Leavy, who is better known as Marlins Man. Leavy makes it a habit of showing up at big sports events in his Marlins gear — including visor.

Leavy expressed his anger towards the latest string of trades and the shape it has left the team in. He wasn’t the only one.

Leavy (and his visor) was one of the quirky inclusions in 2016 Topps Allen & Ginter Baseball. Not only does he have a base card, but an autograph, that is signed “Marlins Man,” and a memorabilia card with his trademark orange.

2017 Topps GPK/Wacky Packages Holiday Has Some ...