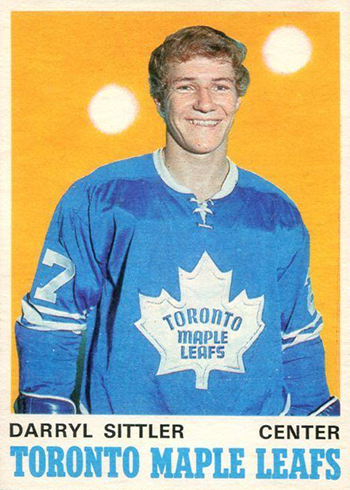 February 7, 1976 Darryl Sittler scored six goals and got assists on four more. In the process, the Maple Leafs superstar set an NHL record with ten points in a single game. It’s a record that still stands more than 40 years later. In fact, nobody else has more than eight points.

By comparison, Pittsburgh’s Evgeni Malkin was recently named the NHL Player of the Month for January by recording 19 points over a dozen games.

Sittler’s ten-point game marks one of many big moments in his career. This includes 484 goals, 1,121 points and Hall of Fame induction in 1989. Sittler was also a member of the Canadian team that won gold at the 1976 Canada Cup.

Darryl Sittler has a Rookie Card in 1970-71 O-Pee-Chee. Not surprisingly, it’s one of the key cards in the set. Other RCs include Bobby Clarke and Gilbert Perreault.