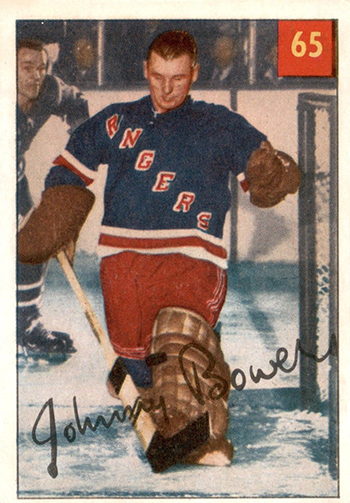 Johnny Bower was more than a legend on the ice. He was a hockey ambassador who spent his entire life sharing his love for the game with fans.

Bower passed away yesterday at the age of 93. He leaves behind a legacy that includes four Stanley Cups, a pair of Vezina Trophies and a spot on the list of 100 Greatest NHL Players.

Best known as a member of the Toronto Maple Leafs, he broke into the league with the New York Rangers. That’s the jersey he’s wearing on his 1954-55 Parkhurst Rookie Card.