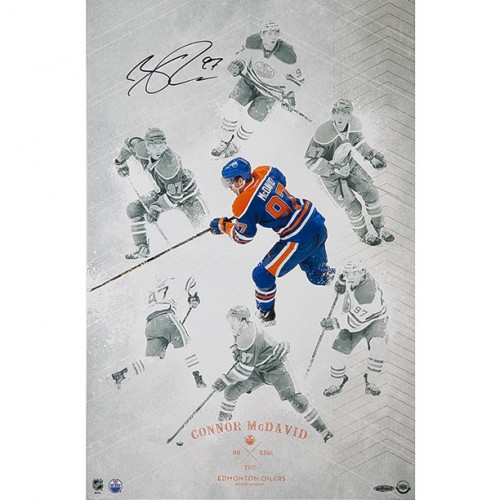 Connor McDavid is about to embark on his sophomore season with the Edmonton Oilers, but just before the puck drops to start the 2016-17 campaign, Upper Deck announced that the 19-year-old phenom has signed an exclusive multi-year autographed memorabilia and collectibles agreement with Upper Deck Authenticated.

“We were overwhelmed by the response to Connor’s Young Guns rookie card, and the overall demand for Connor McDavid NHL cards from fans everywhere,” said Upper Deck’s President, Jason Masherah, in a press release. “It is our hope that the new collection of authentic signed collectibles will be enjoyed and cherished by his fans for many years to come.” 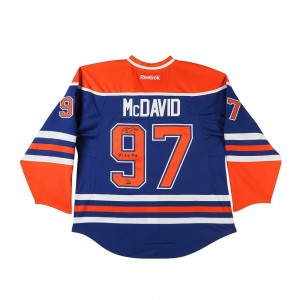 An initial group of limited signed collectibles has already been made available via Upper Deck’s online store. The Connor McDavid Collection naturally includes all three variations of his Edmonton Oilers jersey and they start at $999.99 with inscribed editions that sell for $1,199.99. Other equipment options include skates, gloves, and helmets.

A more affordable option for collectors that want to get their hands on an authentic signature is an autographed acrylic puck ($299.99), but for a bit more, there is a special “On The Rise” print ($399.99) that makes a big impression due to its 16″ x 24″ size.

Finally, many Oilers fans will appreciate the pieces in which McDavid appears alongside fellow Upper Deck Authenticated exclusive Wayne Gretzky. One of them pictures the pair together in orange jerseys and is boldly signed by both players ($1,199.99), but the other option at this time is a bit more artistic and is dubbed “Passion for Winning” ($1,299.99).