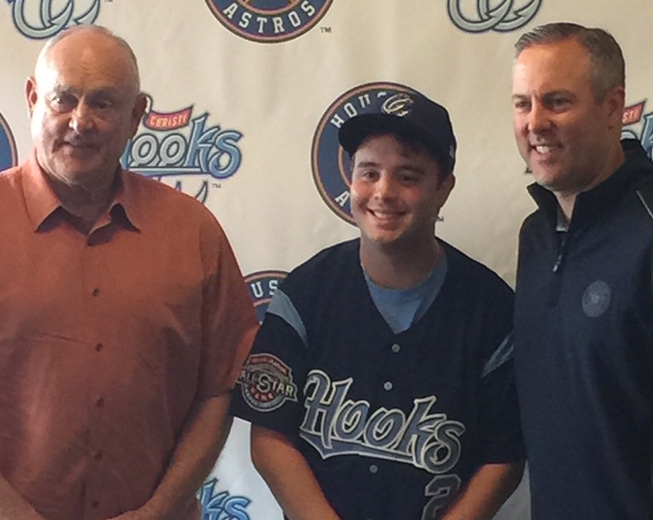 For the third time in as many years, a collector of baseball cards became a member of a minor league baseball team for a day.

How? By collecting cards and entering the Topps Make Your Pro Debut contest.

Earlier this week, 21-year-old University of Georgia student Tyler Badger became a member of the Corpus Christi Hooks, the Double-A affiliate of the Houston Astros.

As part of his adventure, he signed a one-day contract with the team along with its advisor, Hall of Famer Nolan Ryan, and team president Reid Ryan.

Badger entered the contest which could be found in packs of 2014 Topps Heritage Minor League and he will appear on a card in the 2015 Topps Pro Debut set coming in June.

Although he didn’t play, Badger took batting practice along with teammates Carlos Correa and Mark Appel before the Hooks took to the field for a game with the Tulsa Drillers.