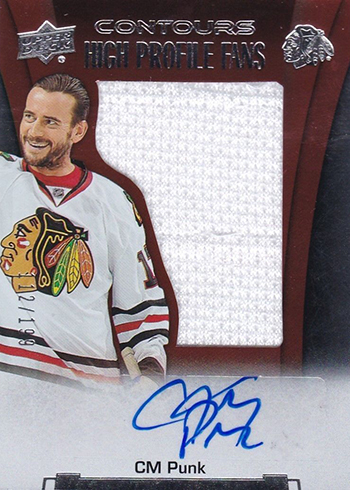 In the wrestling ring, he was the best in the world. When it comes to hockey, CM Punk is simply a big-time fan of the Chicago Blackhawks. Yet, it’s the first CM Punk hockey cards that are getting much of the attention right now.

Punk is one of a handful of celebrities included on the 2015-16 Upper Deck Contours High-Profile Fans checklist, an insert set that bridges pop culture with the sport. Similar to Panini’s Fans of the Game line and Upper Deck’s own Spectrum of Stars, the cards are focal points in the hockey product, complete with autographs and memorabilia.

It turns out that, from a strictly pricing standpoint, CM Punk hockey cards might worth more than his wrestling cards.

The first two copies of the 2015-16 Upper Deck Contours High-Profile Fans CM Punk Autographed Jersey cards sold for $199.99 in the product’s first day of release. Both are numbered to 199 and have an over-sized swatch from a jersey worn by the former WWE World Heavyweight Champion who has since signed with UFC. 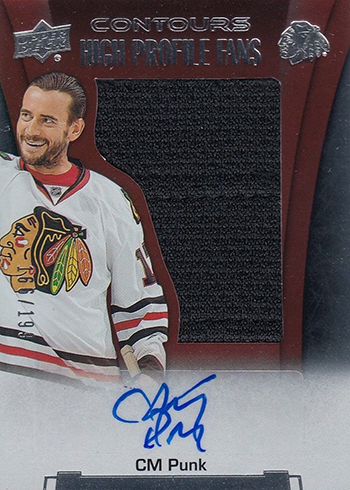 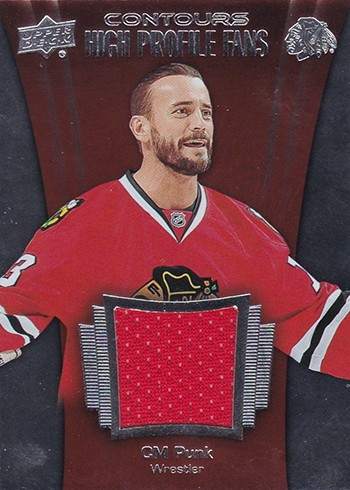 Punk is also featured on a basic High-Profile Fans Patch card (/65) and an Autographed Patch, which is the toughest of the four, numbered to 25. 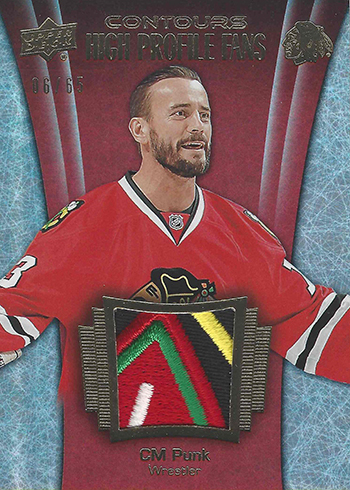 Prior to leaving WWE, Punk appeared on nearly 40 autograph cards, including parallels. Over the past few months, the top seller on eBay was a 2010 Topps WWE Dual Autograph where he’s paired with Luke Gallows. Despite being a one-of-one Red parallel, the price topped out at $150. Most of Punk’s other wrestling autograph cards have been going for $30-70 recently.