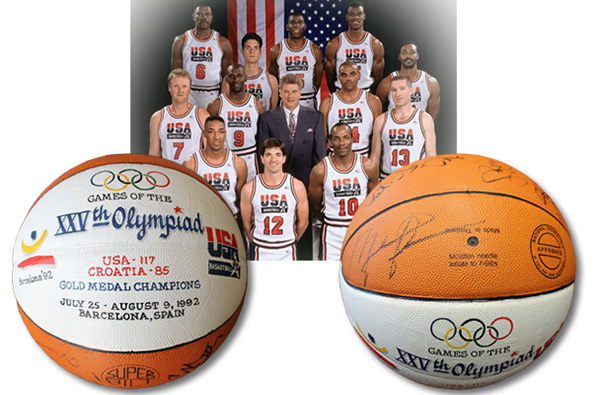 Is there any debate that the 1992 USA Basketball squad, dubbed the Dream Team, was the greatest to ever take the court? Featuring such all-time greats as Michael Jordan, Magic Johnson and Larry Bird, they made short work of their opponents en route to the Gold Medal at the 1992 Olympics in Barcelona.

The basketball from the final game has hit the auction block with SCP Auctions. It’s part of the personal collection of the late Chuck Daly, the team’s coach. His estate has several items in SCP’s Summer Premier Auction.

The front two panels of the ball have been painted white and given custom notes highlighting the game’s score (117-85 over Croatia) and the tournament in general. Among the additions are both the Barcelona Olympics and USA Basketball logos. 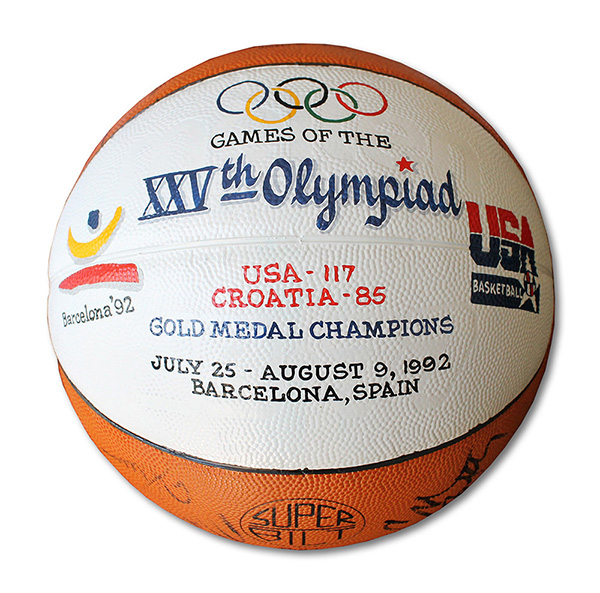 “We have the estimated value between $60,000 and $75,000, depending upon whether or not it gets into an online bidding war,” said SCP’s Terry Melia. “It’s clearly the most sought-after piece in the entire Chuck Daly Estate Collection.”

The ball comes with a letter of authenticity from Daly’s widow, Terry Daly. It also has a letter of provenance from SportsCard Central owner, Rich Behar, who purchased items from the Daly estate several years ago. The autographs have an LOA from PSA/DNA.

The ball is one of 25 pieces from Daly’s estate that’s being sold by SCP. Other Dream Team items include his warm-up jacket, shirts and sweaters, and equipment bags. Additional signed items from players and colleagues are also part of the auction, which closes on August 22. One of those is a typed letter of thanks from Michael Jordan on his own personal letterhead, complete with a clear signature. 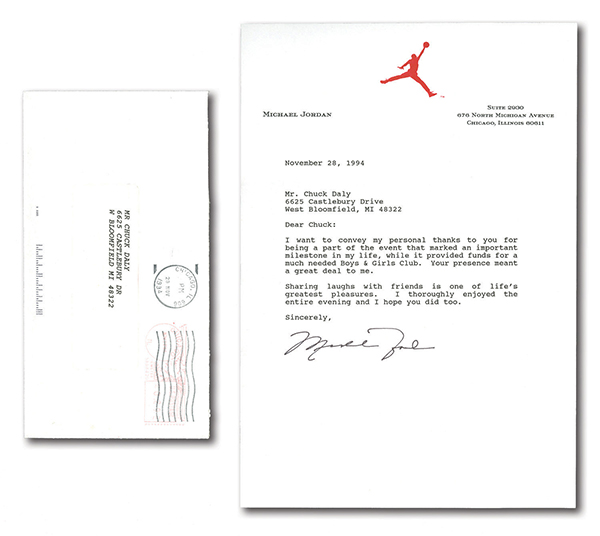 In addition to coaching the 1992 Dream Team, Daly also led the Detroit Pistons to back-to-back NBA Championships in 1989 and 1990. He has been inducted into the Basketball Hall of Fame twice. The first came in 1994 for his coaching. In 2010, the hall honored the full USA Basketball 1992 Dream Team including Daly.