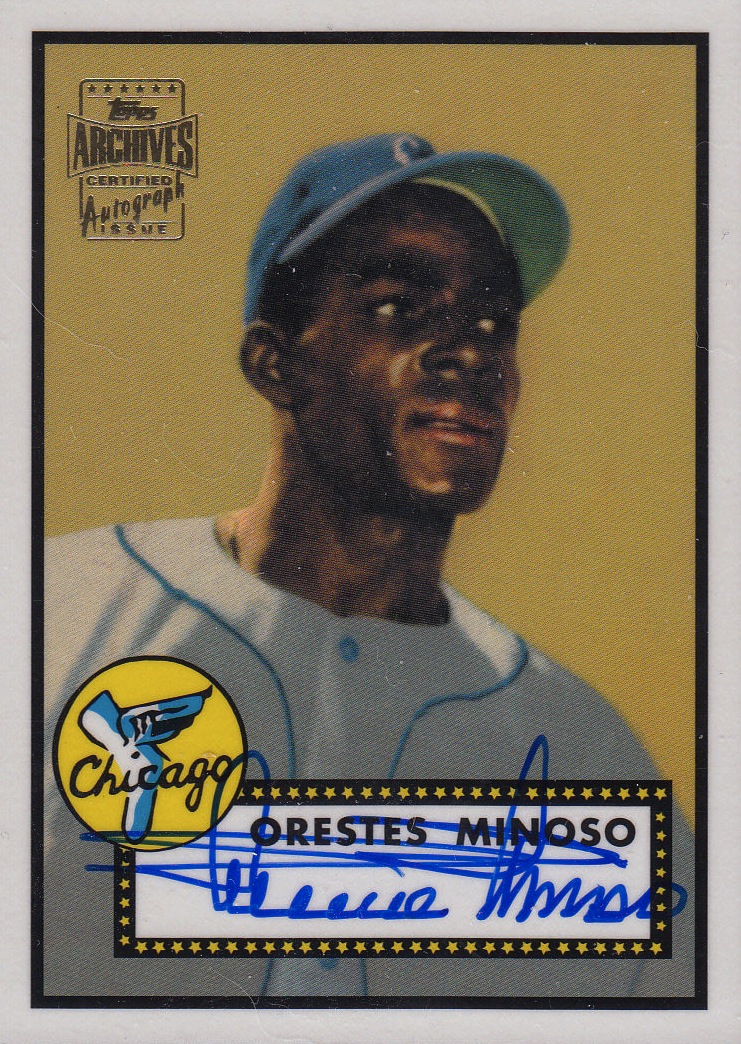 Another Chicago icon is gone.

Orestes “Minnie” Minoso, who might be best-remembered as the first black player on the Chicago White Sox and a player who played in an MLB game in five different decades, died Sunday. He was 89.

Minoso played in 17 big-league seasons, making his debut with the Cleveland Indians at age 23 in 1949. He finished his career with 1,963 hits and a .298 average, driving in 1,023 runs in 1,835 games. He was a nine-time All-Star and a three-time Gold Glove winner in his career, which was mostly spent in Chicago. His playing days ended in 1964 but he was famously signed to short-term deals with the promotion-minded Sox in 1976 and 1980. At age 54 in that final season, he went 0-for-2, to become only the second player to play in five decades. (The other was Nick Altrock, a pitcher from 1898 to 1924 who had single at-bat performances with the Washington Senators a few years up to 1933.)

“Our organization and our city have suffered a heart-breaking loss today,” said Sox chairman Jerry Reinsdorf in a statement. “We have lost our dear friend and a great man. Many tears are falling. … When you talk about the top players in the American League in the 1950s, you talk about Ted Williams, Mickey Mantle and Minnie Minoso.” 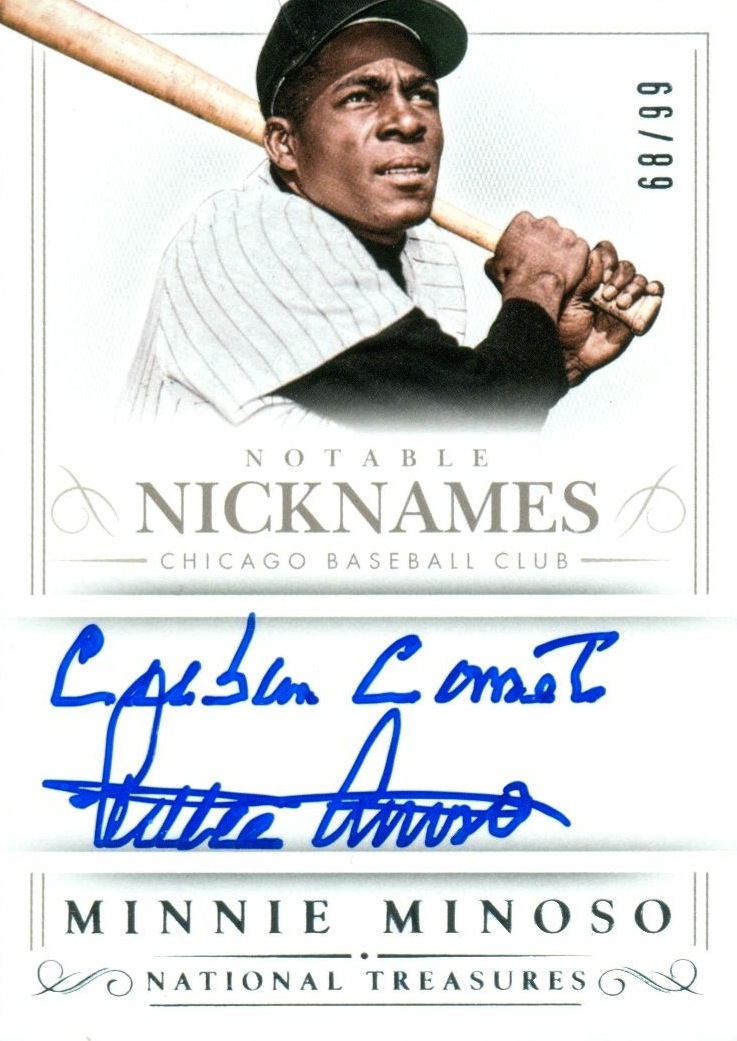 His most-recent certified autographs came in 2014 Panini National Treasures‘ Notable Nicknames set where he inscribed “Cuban Comet” along with every autograph on 99 cards.