The 2006 NFL draft featured a bunch of star-quality names. Among those was a pair of Heisman Trophy-winning USC teammates, Reggie Bush and Matt Leinart. Unfortunately for anyone who was stocking up on 2006 products, none of the big prospects turned into the monster superstars that many expected they would. As such, lots of 2006 products can now be found with huge discounts. This is where I come in and scoop all of it up! 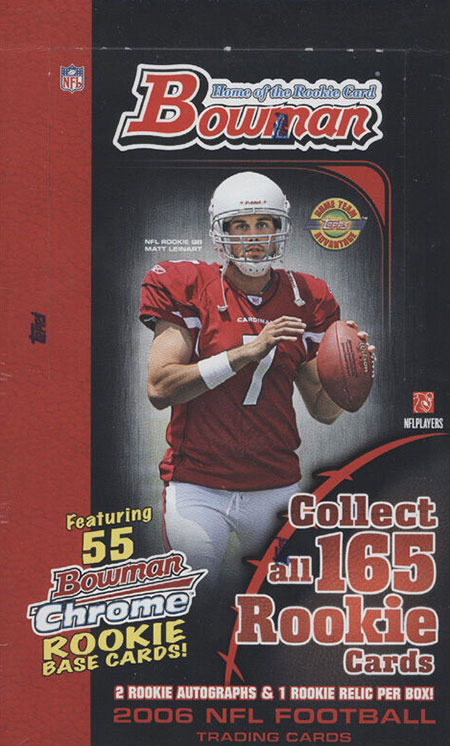 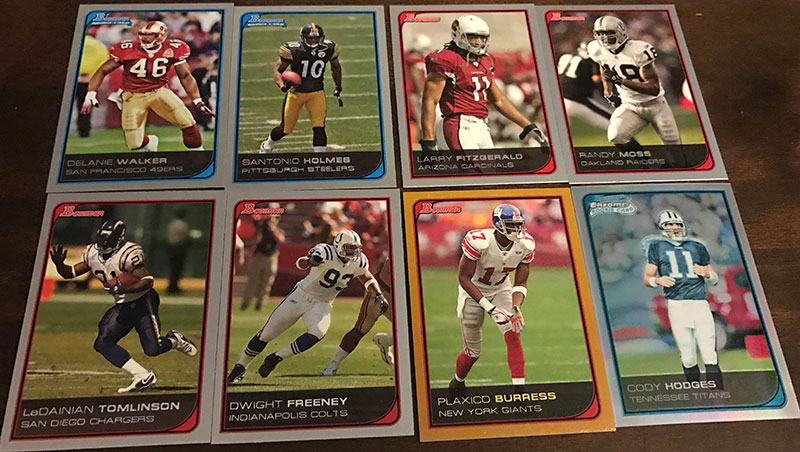 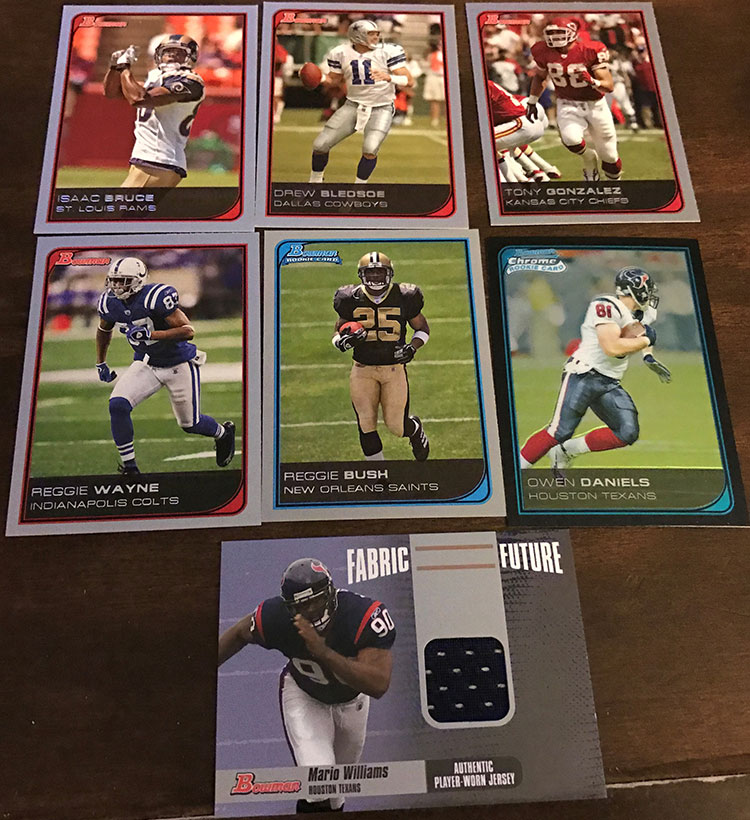 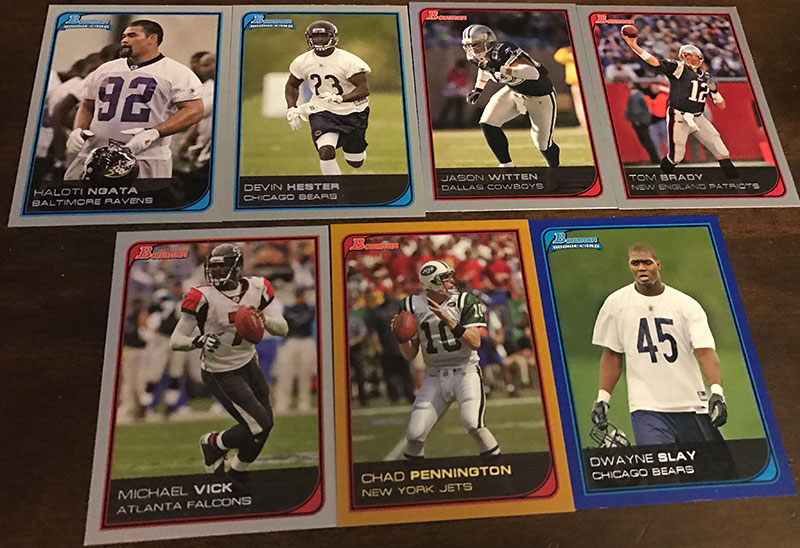 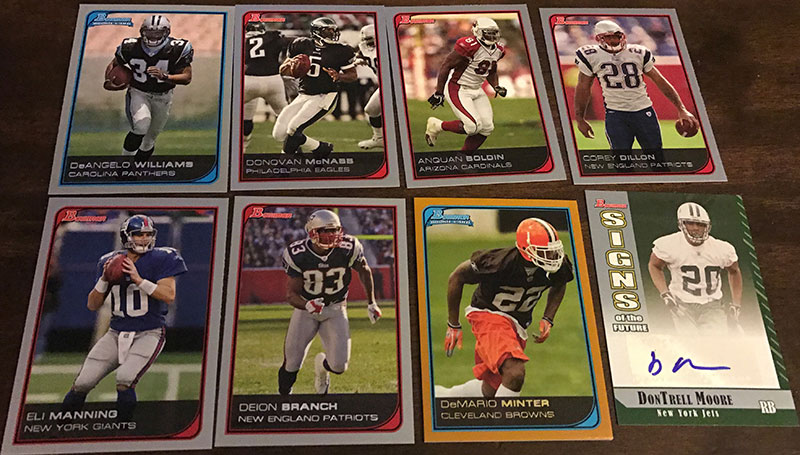 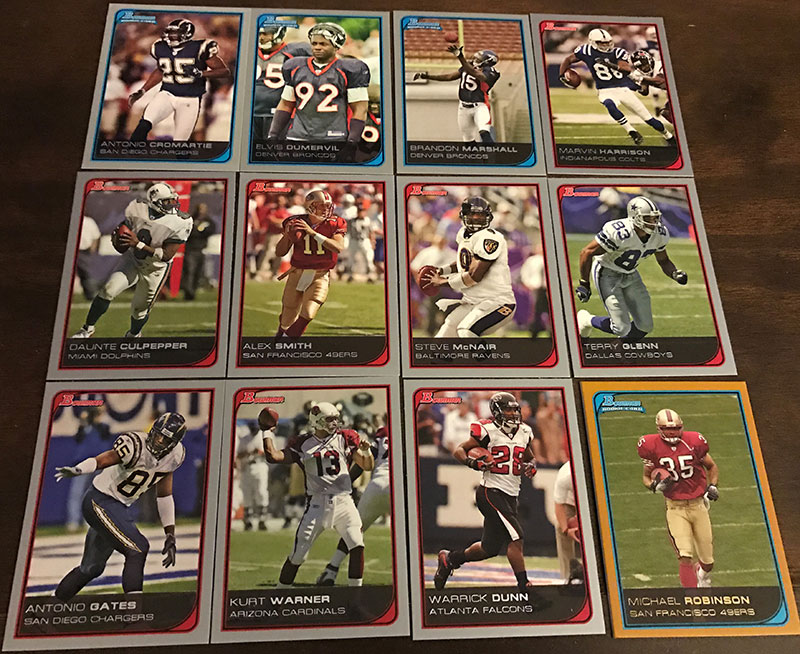 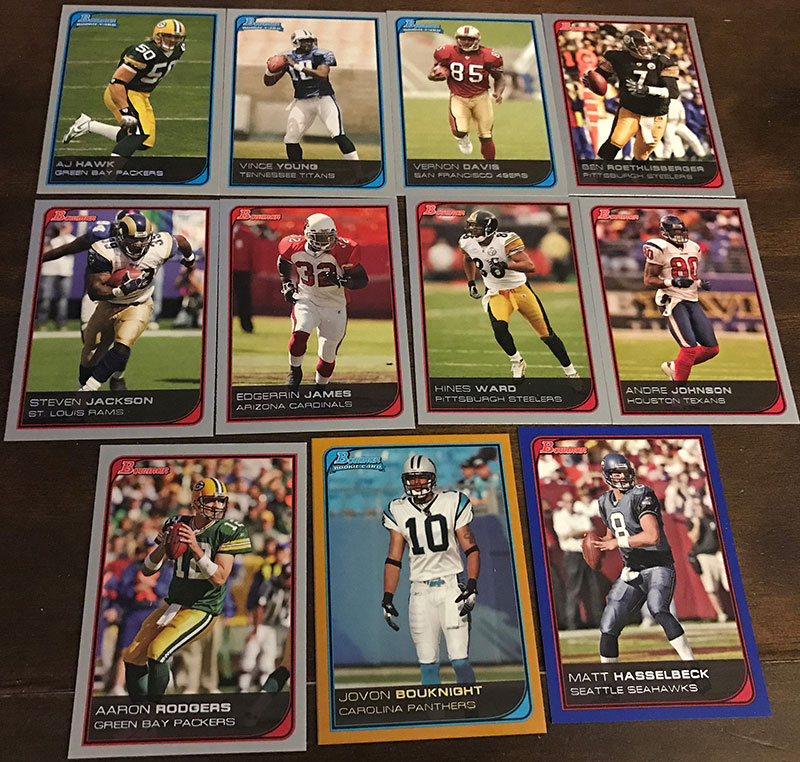 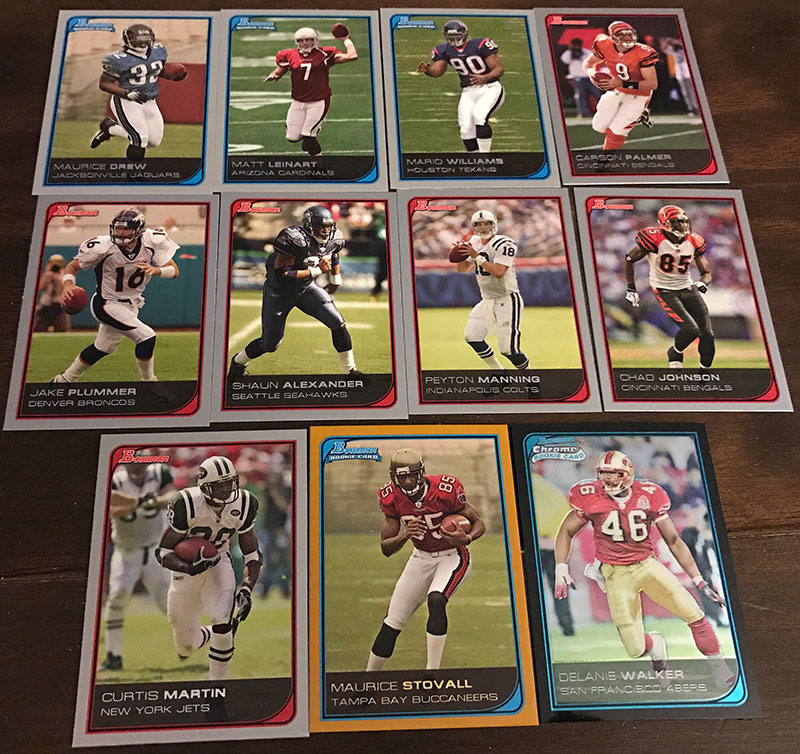 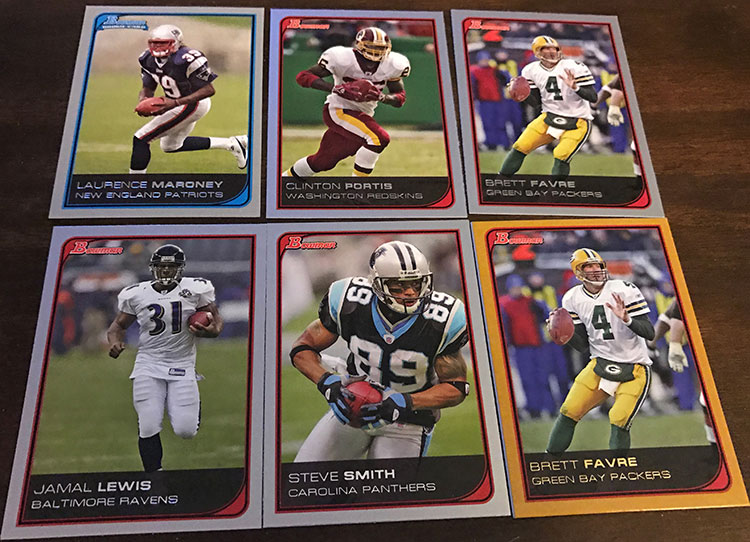 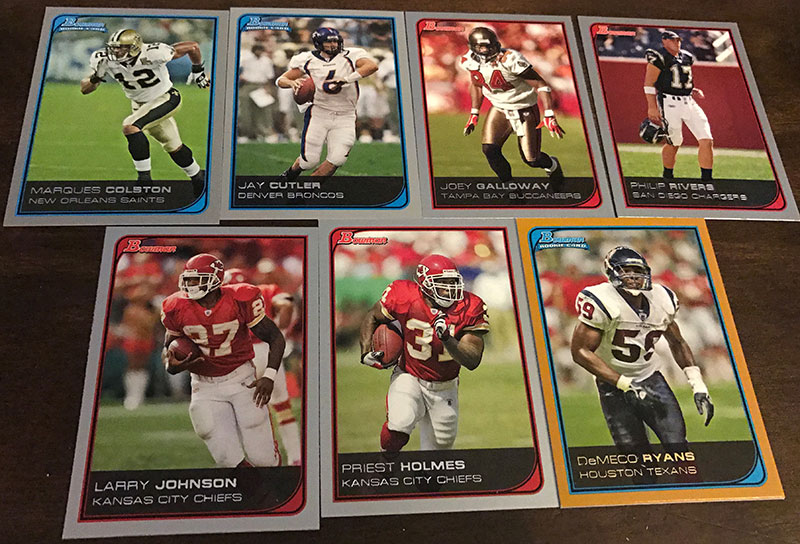 Lastly, each jumbo box comes with a box topper Signs of the Future autograph card. Mine happened to be another Jet — fourth overall pick in the 2006 draft, D’Brickashaw Ferguson. 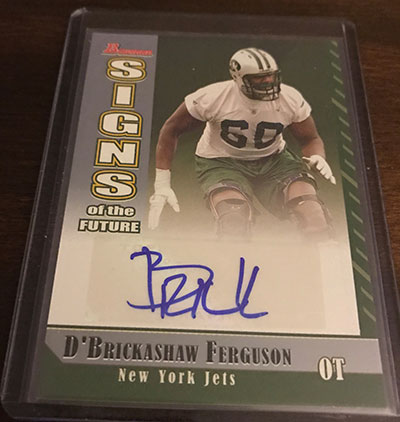 Nothing to write home about on the pulls here. Unfortunately, as we know, only a few positions in football carry much value with their cards, mostly quarterbacks and running backs, and some wide receivers. Now, this can change if certain defensive players turn into superstars, a la Brian Urlacher. But, for the most part, only offensive skills position players hold much value. Unfortunately for me, Moore (a running back) never played in a regular season NFL game.

Despite the lack of major pulls, if I can find another box for the price I paid, I wouldn’t hesitate to give this product another shot.