2020 Topps Chrome released recently and it is hot! Hobby box prices have skyrocketed and retail shelves have been completely cleared off. Topps Chrome has always been a favorite of mine, so I went out and found an older box to bust to get that chrome fix!

Topps debuted its Chrome brand in 1996, and has released the product every year since. The base set design is identical to the Topps flagship release of the year, with the added chrome element.

This box was an eBay find, and happens to be a retail box. 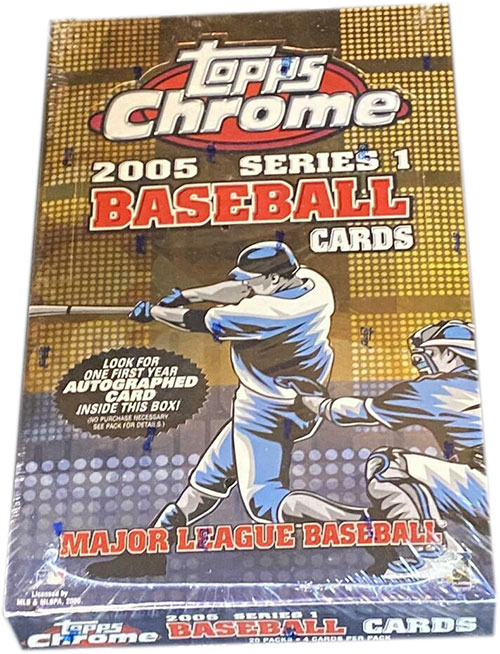 Derrek Lee, Preston Wilson & Dmitri Young Refractor (1 in every 4 packs). The Refractors in this box were really tough to photograph well. They look much better in person than they come across here.

Pack 2 fun fact: Sean Marshall won the No. 5 starter job for the Cubs out of spring training in 2006, making his MLB debut that season and starting 24 games. He eventually transitioned to the bullpen and emerged as a quality late-inning option. 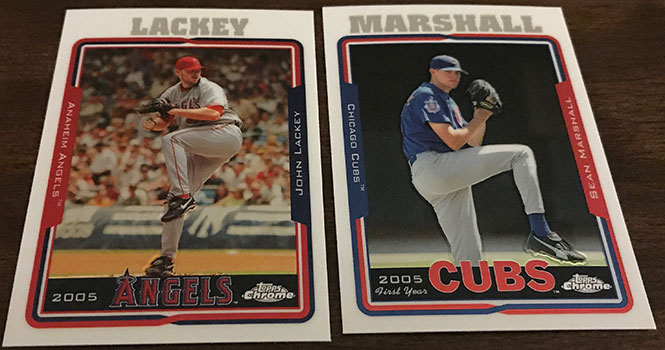 Pack 3 fun fact: Rich Harden only topped 150 innings once in an injury-plagued nine-year career. When healthy, he was dominant, posting a 3.76 ERA with 949 strikeouts in 928.1 innings. 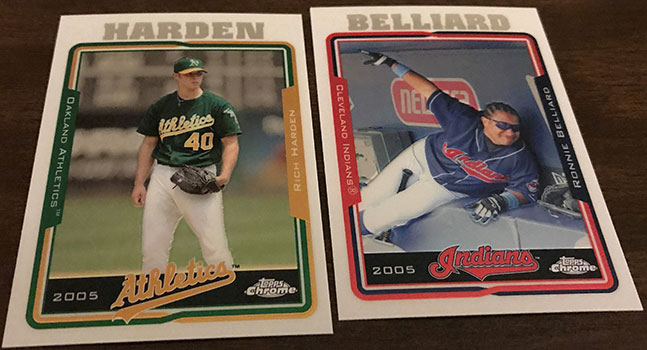 Pack 4 fun fact: Carl Pavano signed a four-year, $39.95 million contract with the Yankees after the 2004 season. He made a grand total of 26 starts and posted a 5.00 ERA over the course of that four-year pact.

Pack 5 fun fact: Scot Shields averaged 69 appearances and 85 innings pitched during the five-year stretch from 2004 to 2008. He posted a 3.11 ERA and 9.1 K/9 during that span while helping bridge the gap to All-Star closer Troy Percival. 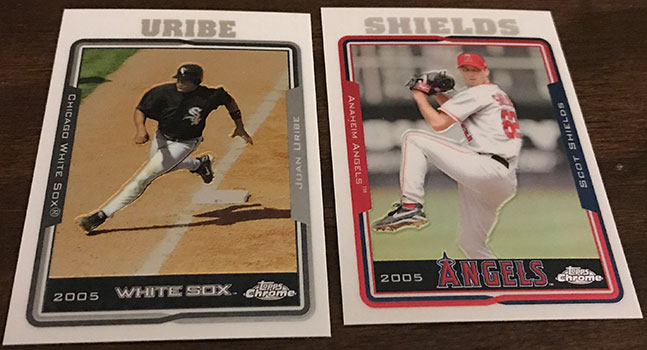 Pack 6 fun fact: The three-year, $6.7 million contract that Bill Mueller signed with the Red Sox prior to the 2003 season stands as one of the best bargains in club history. He won the AL batting title in his first year in Boston and helped them win a title in 2004. 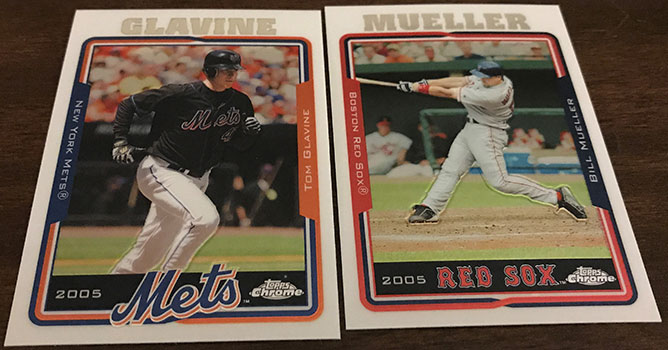 Pack 7 fun fact: Roy Halladay only made 19 starts during the 2005 season before suffering a broken leg. Despite that, he still led the AL with five complete games. 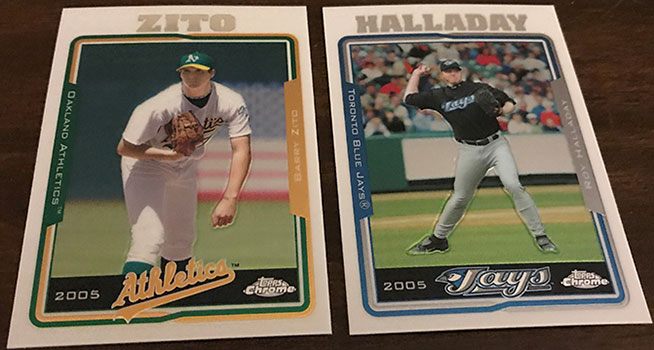 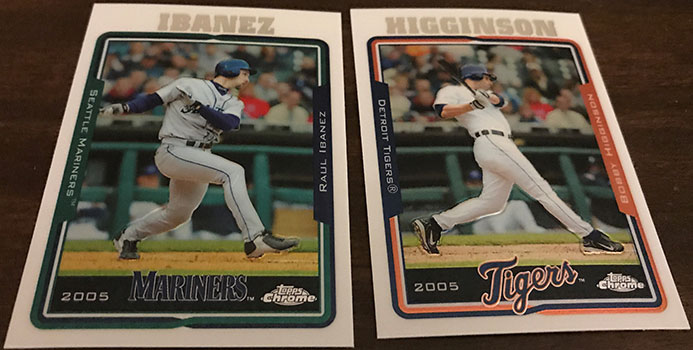 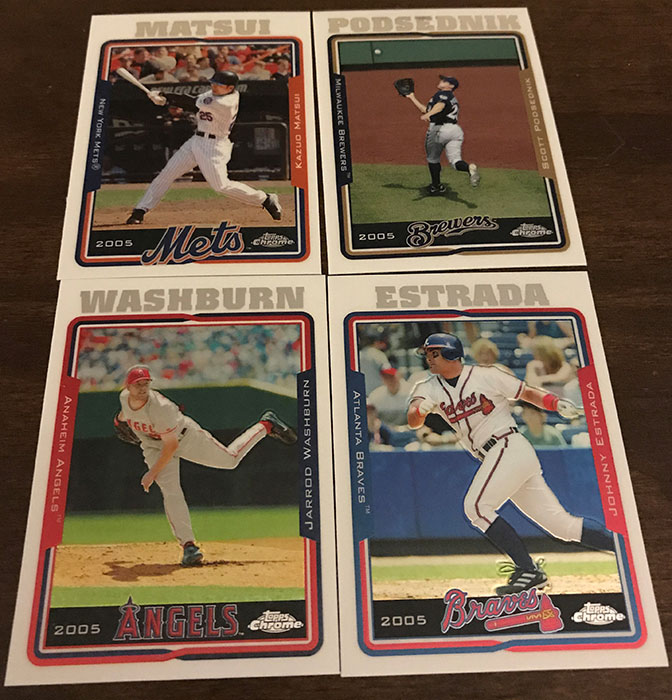 Pack 11 fun fact: Livan Hernandez led the NL in innings pitched for the third straight year in 2005 when he tossed 246.1 frames and earned a spot on the NL All-Star team. 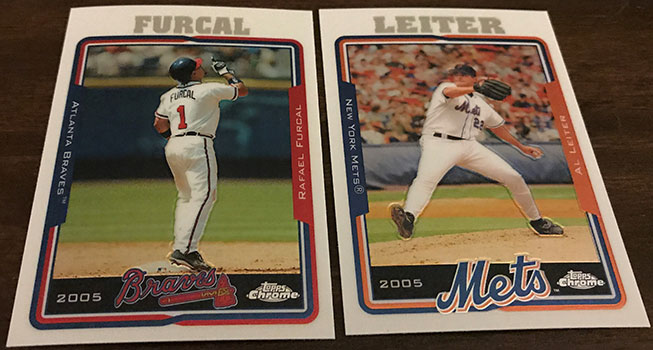 Pack 13 fun fact: The Pirates traded Jason Kendall to Oakland prior to the 2005 season in exchange for Mark Redman and Arthur Rhodes. He hit .306 with a .387 on-base percentage in nine seasons in Pittsburgh. 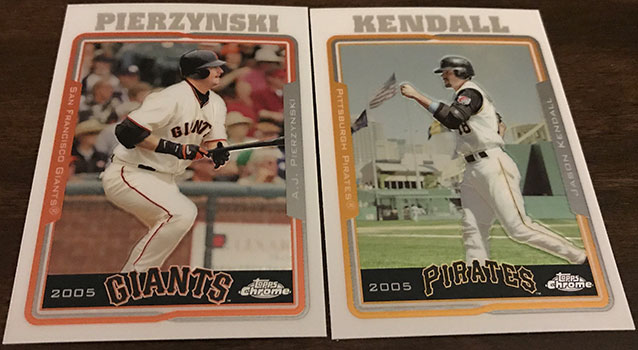 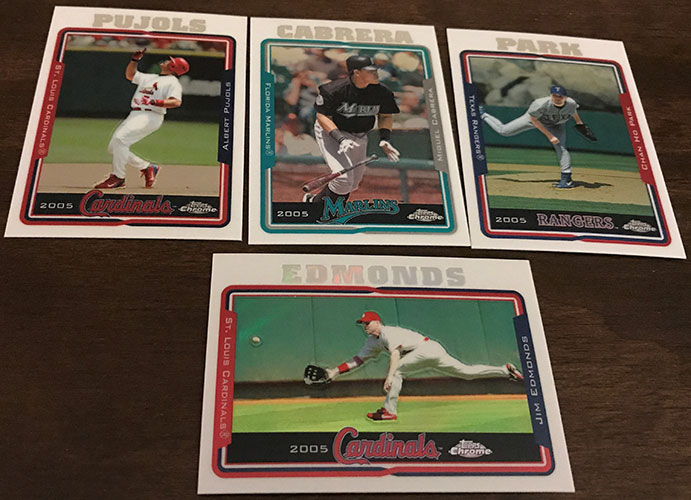 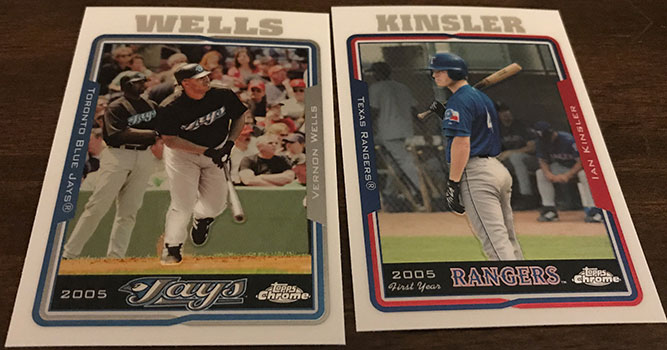 Now I know Kevin West isn’t exactly a household name, but the Refractor Autographs are still tough pulls. The Series 1 autograph checklist wasn’t full of big names, either. The only players to have productive major league careers were Andre Ethier, Brandon Moss, and Melky Cabrera. So it’s not exactly an all-star lineup.

I did pull some decent Refractors and certainly could have done worse than Jason Giambi, Jim Edmonds & Shawn Green. Tom “Flash” Gordon, former Red Sox closer, isn’t a bad pull for my Black Refractor, either. I have always loved Chrome, and I don’t think that will ever change. If I am able to find boxes at this price, I will continue to pick them up.