Baseball is back! Well, it is back on cardboard at least. With the release of 2020 Topps Series 1 last week I figured we would look back 20 years and bust open a box of 2000 Topps Series 1.

Back then, Topps released Series 1 in December, 1999. Now, we wait until February! Topps then went on to release Series 2 in April, 2000. There was no Update set in 2000, as Topps Update & Highlights didn’t make its debut until 2005. There was the 2000 Topps Traded box set, though, that features some notable Rookie Cards including Miguel Cabrera, Adrian Gonzalez, and Adam Wainwright. 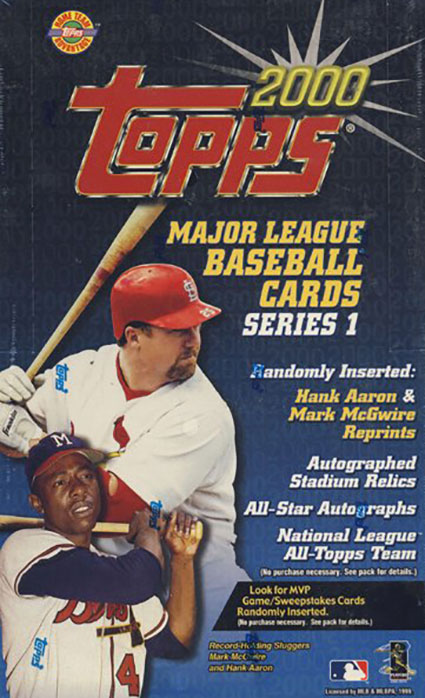 The box started with a jumbo box topper. There were eight different toppers in each series. I just happened to pull Hank Aaron! 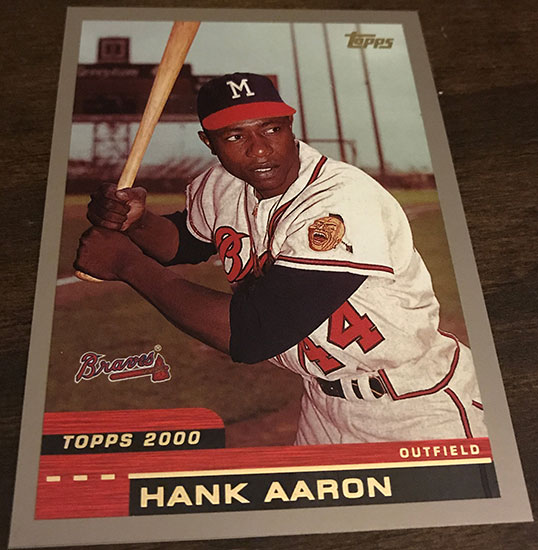 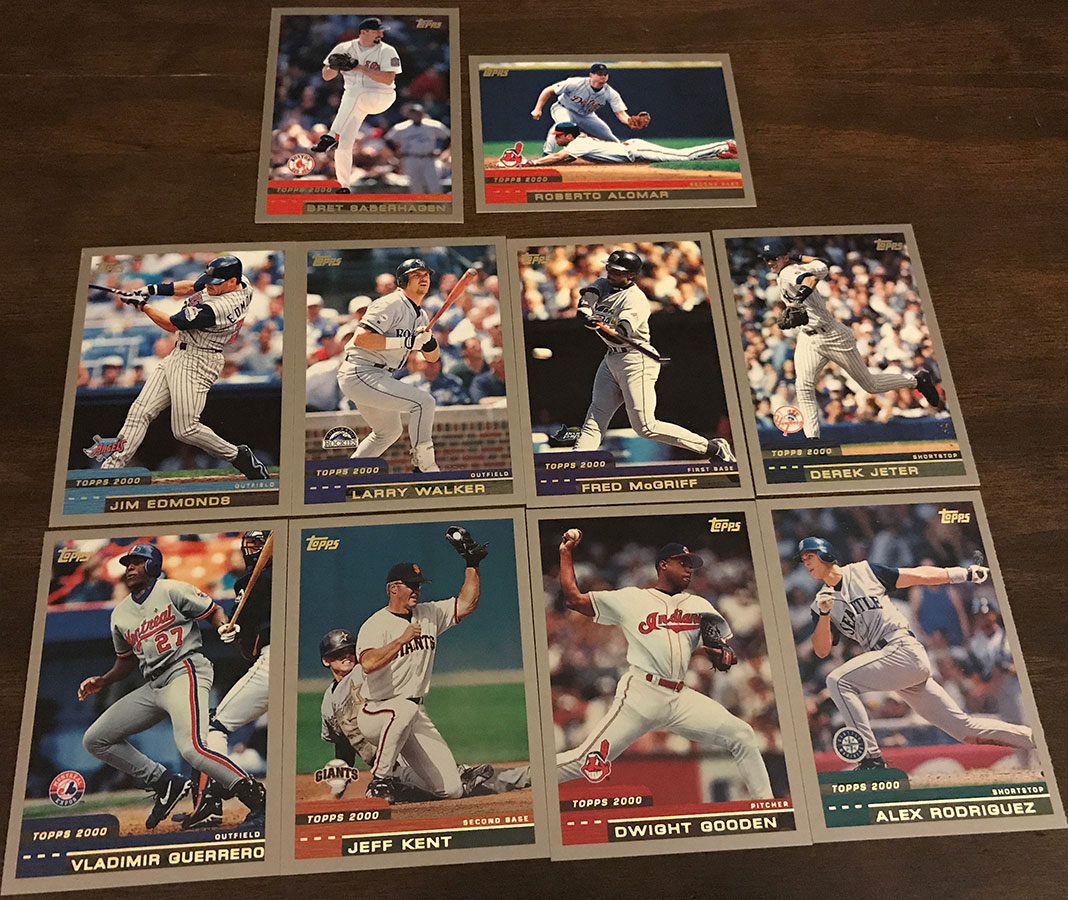 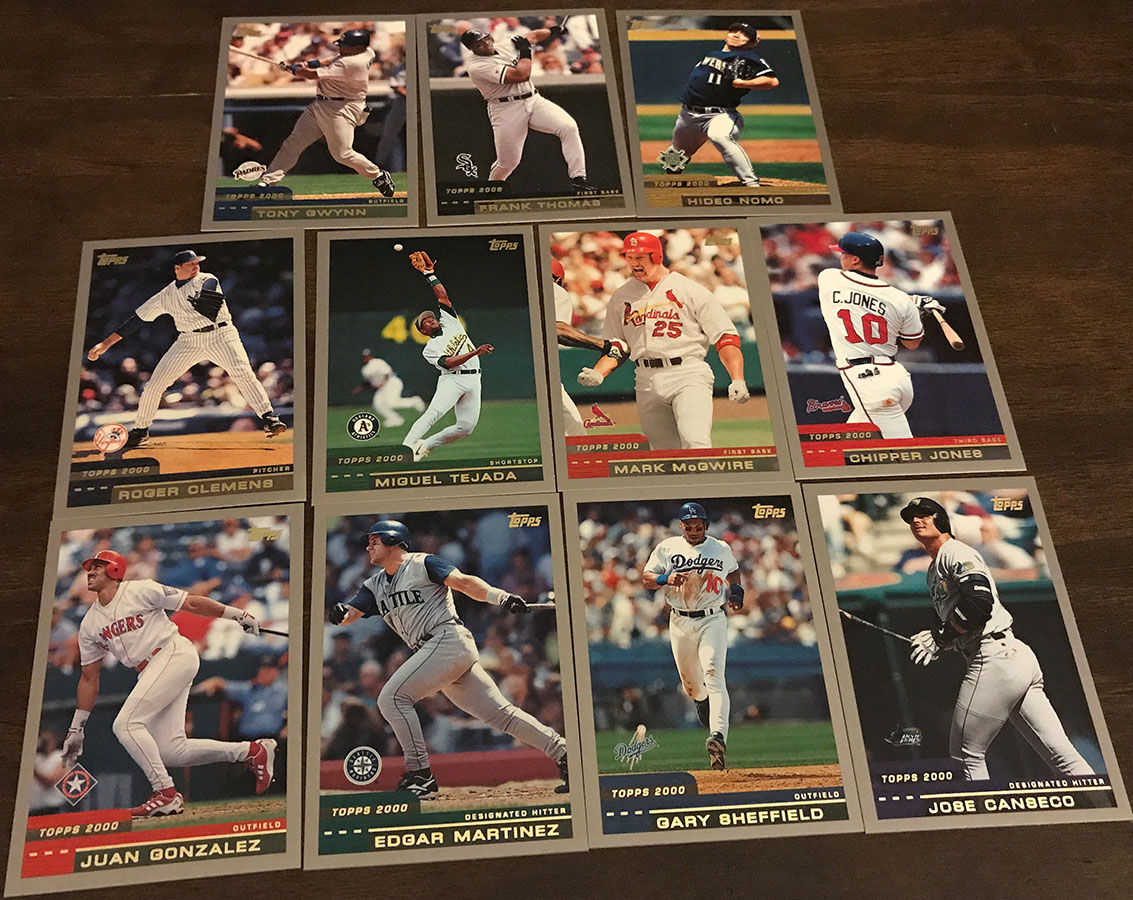 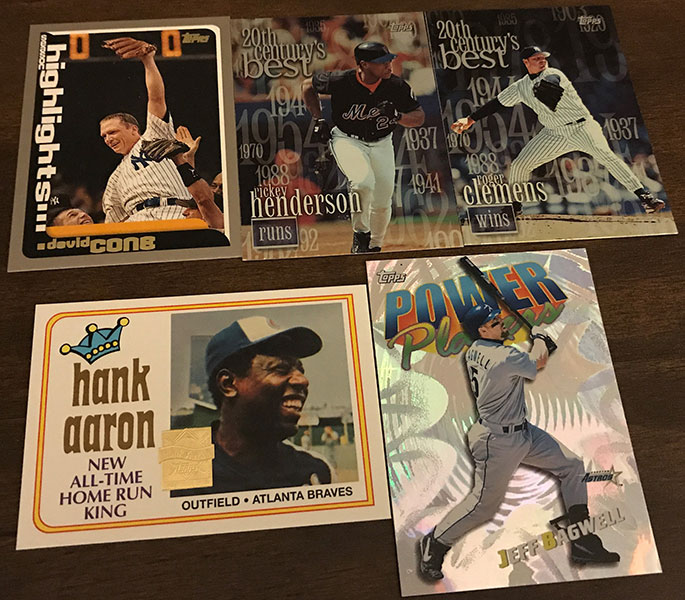 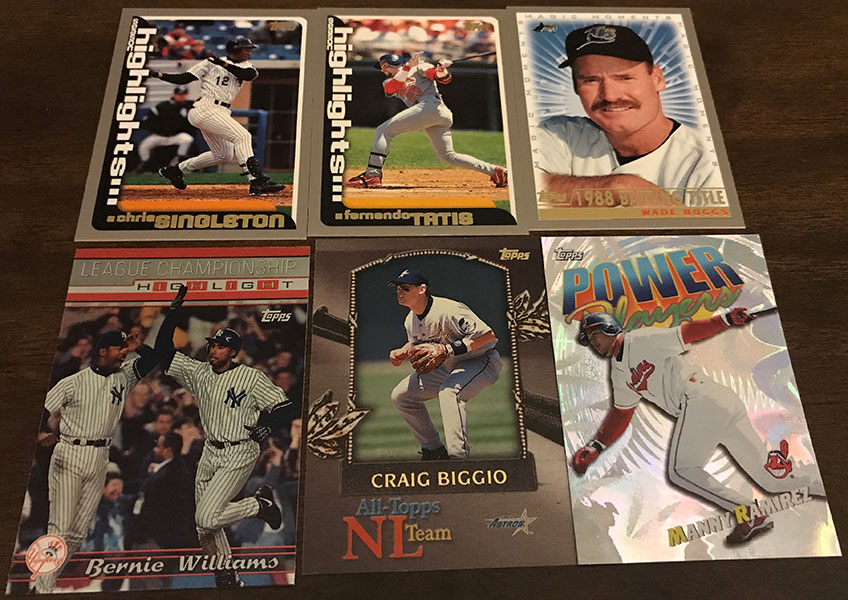 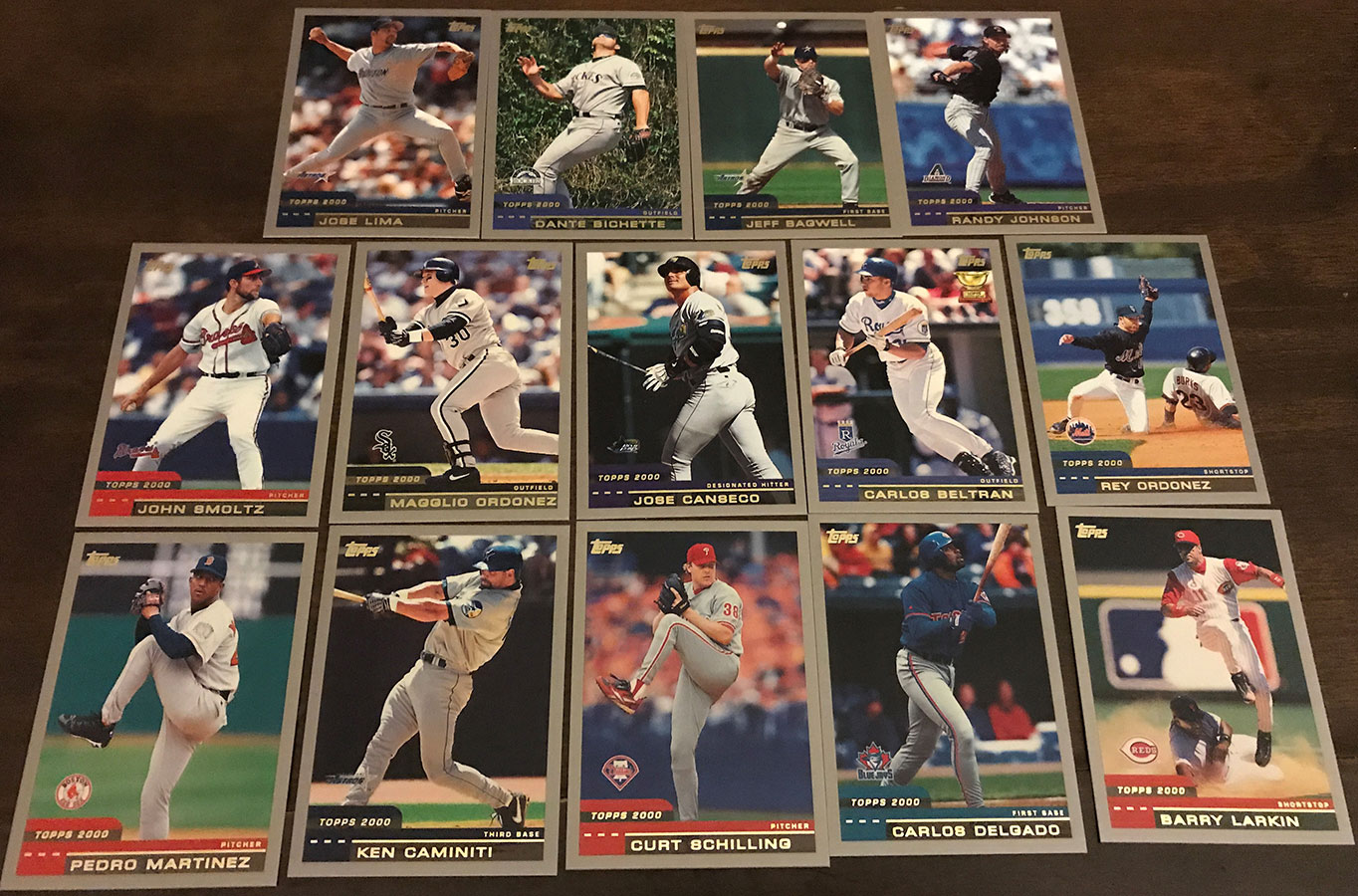 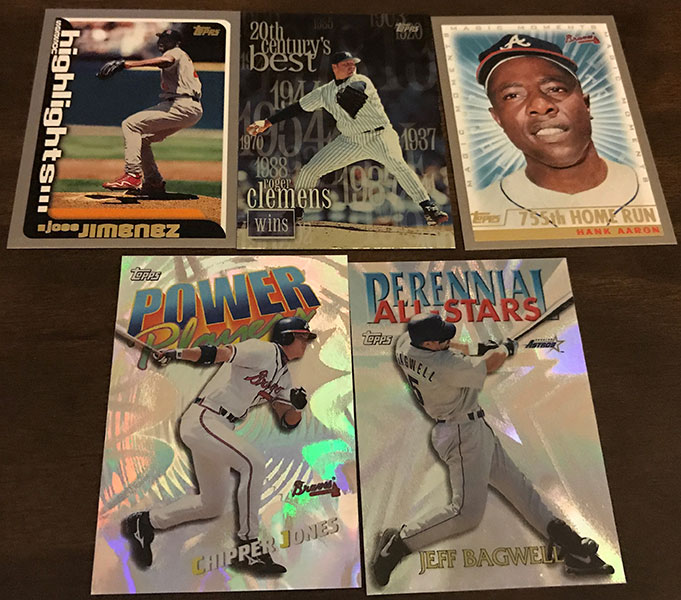 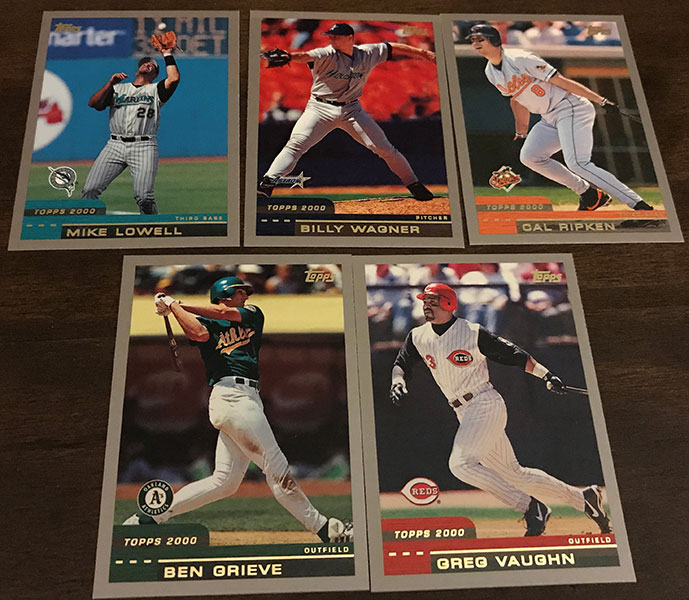 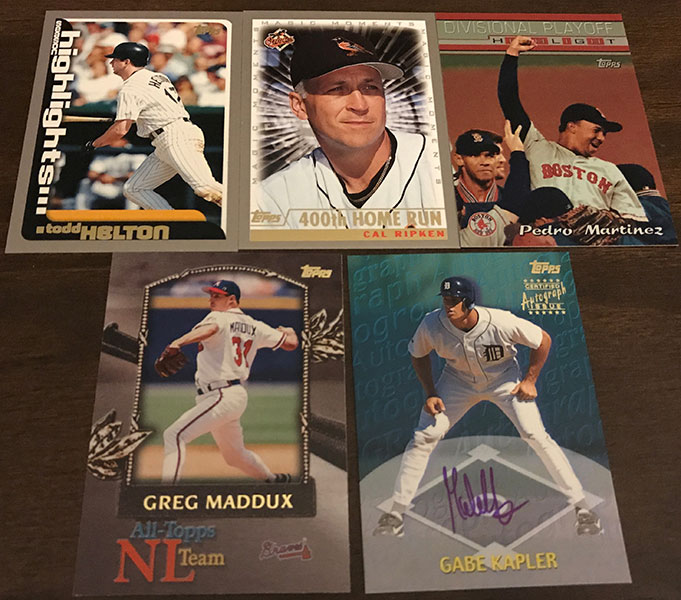 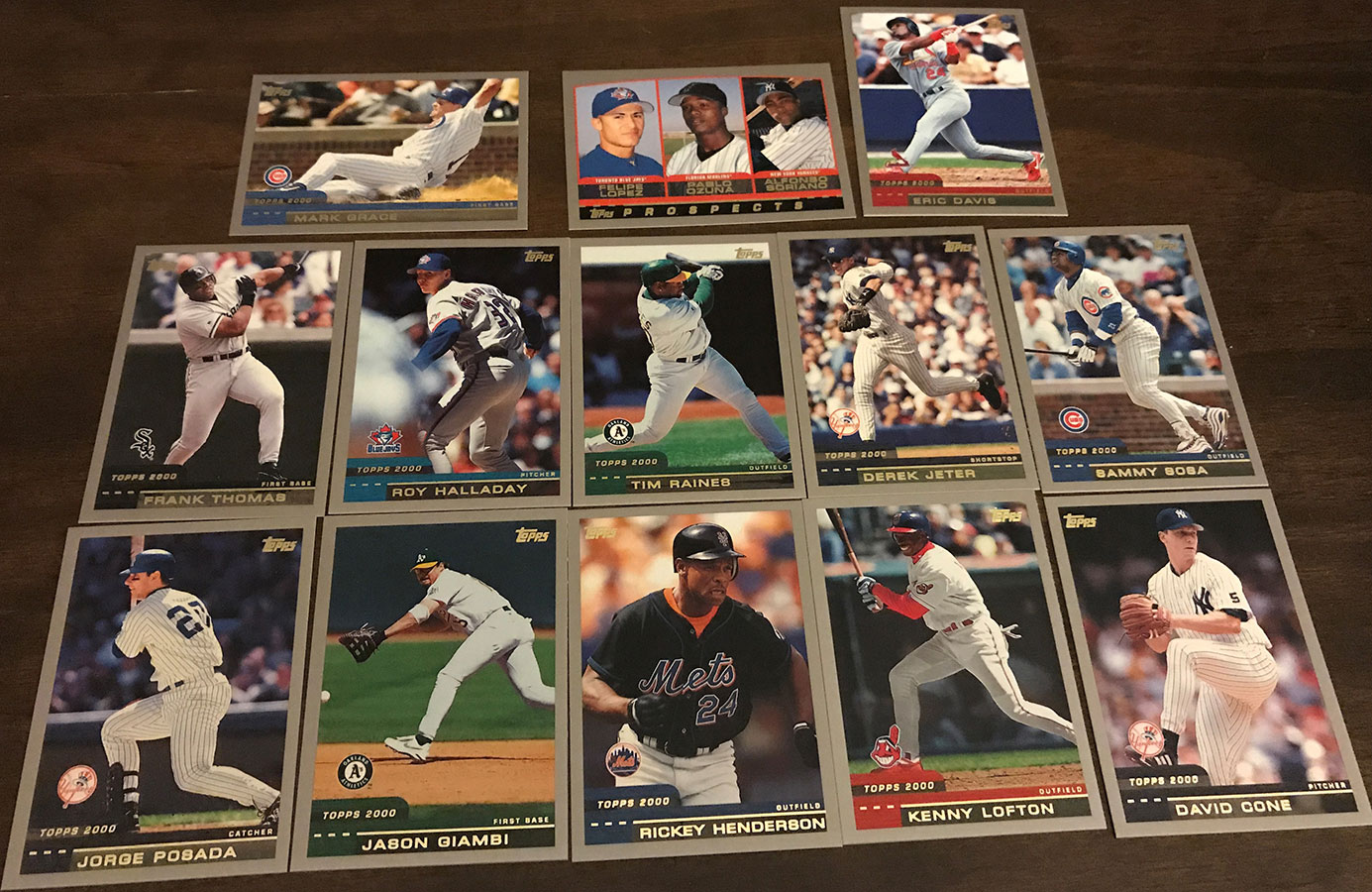 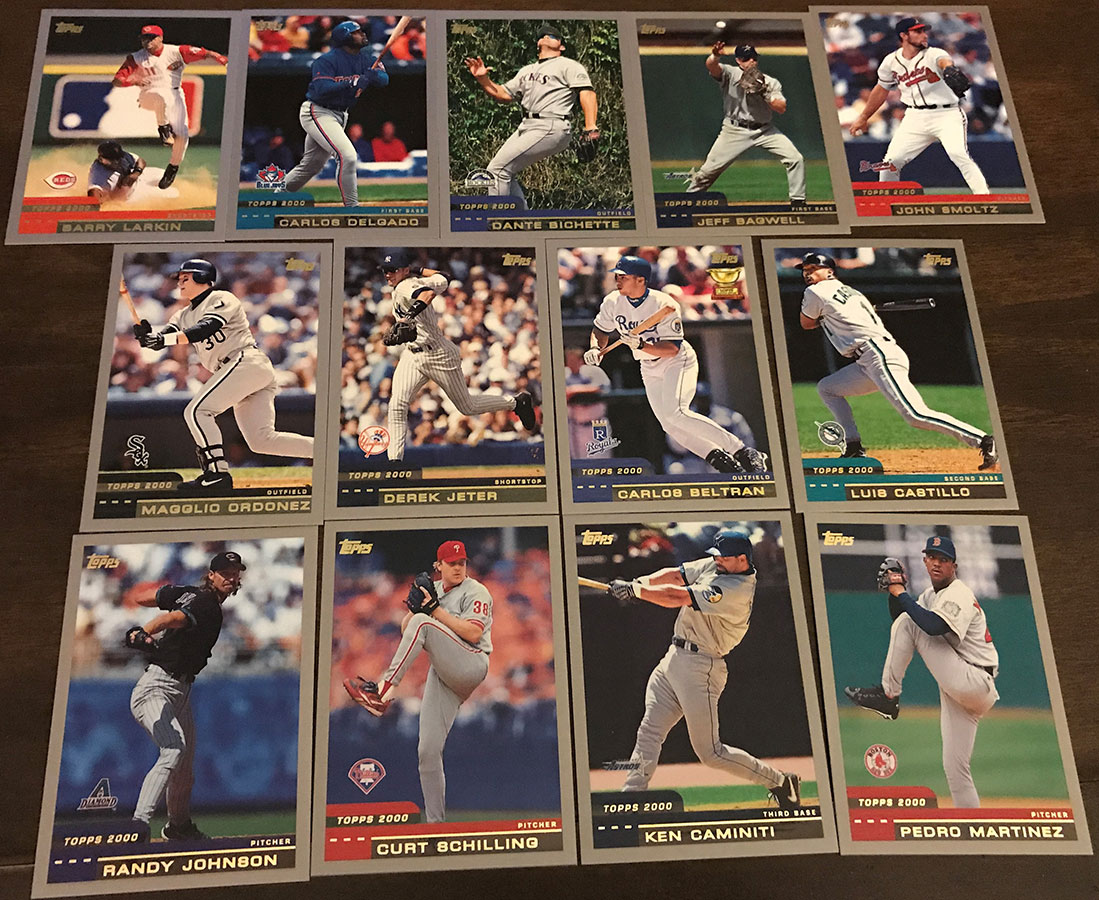 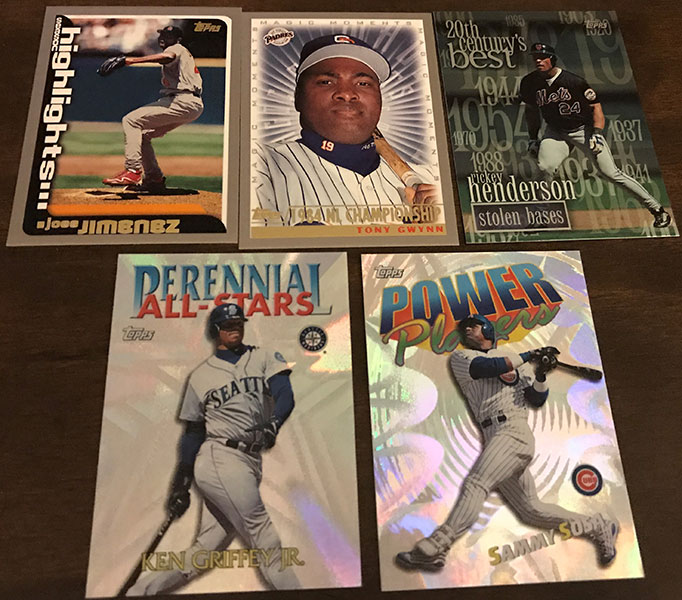 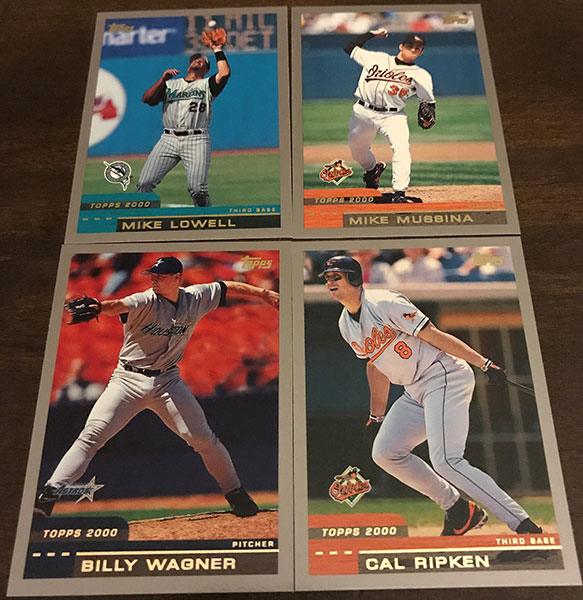 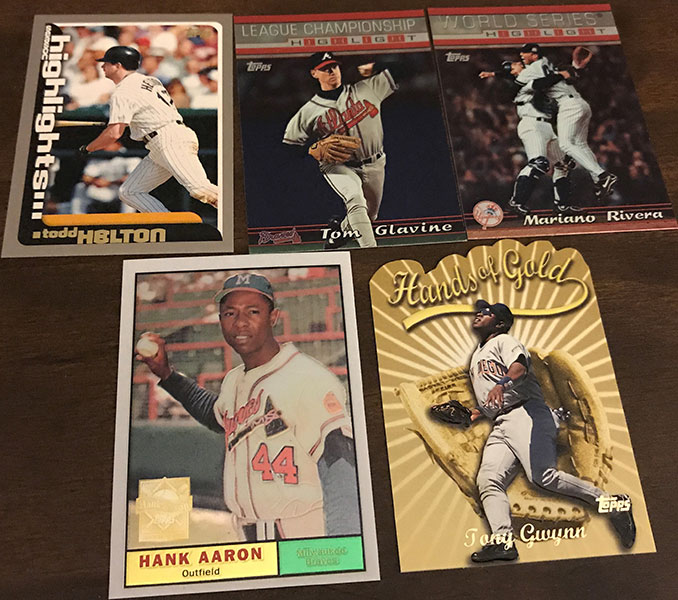 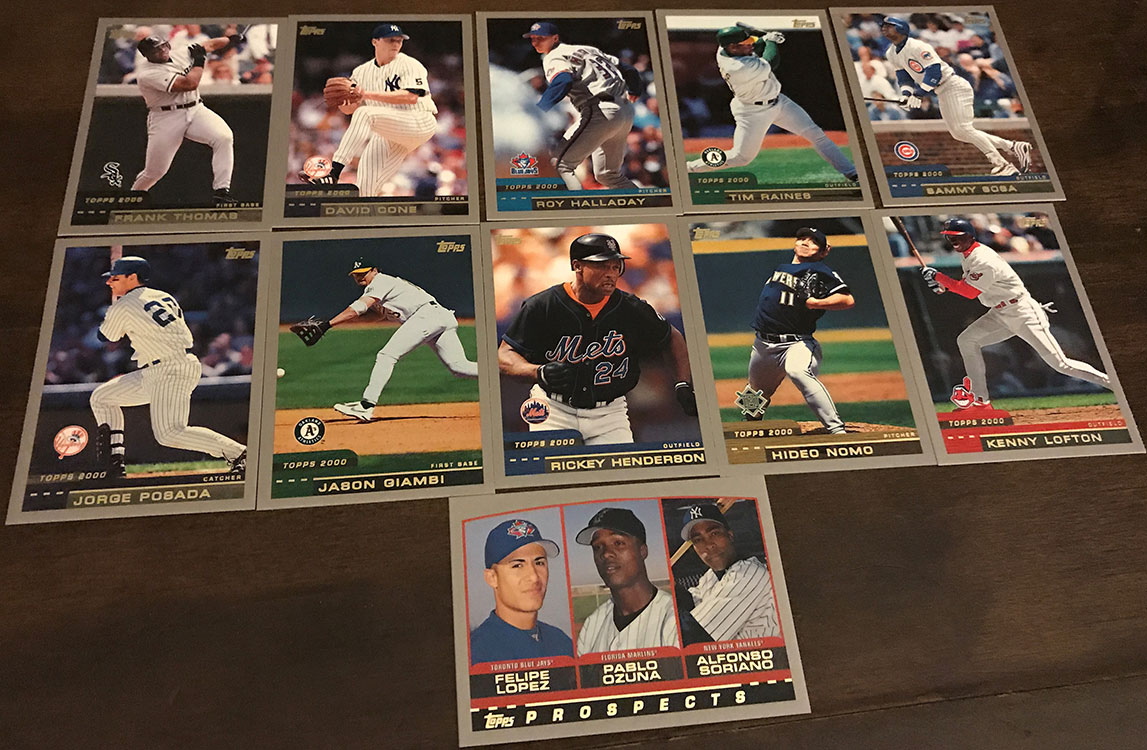 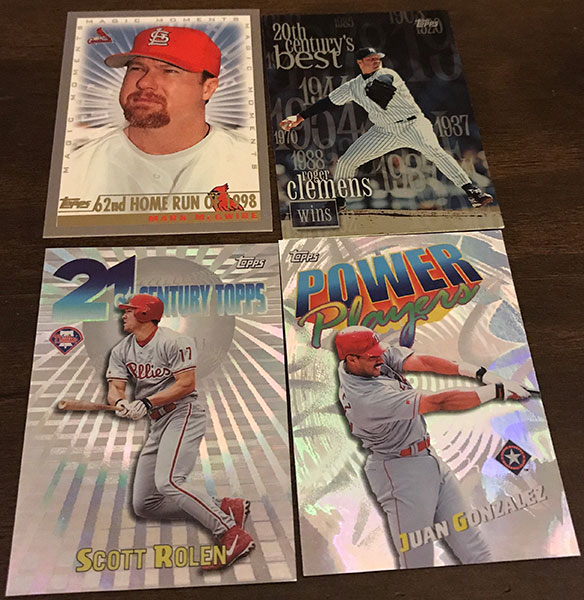 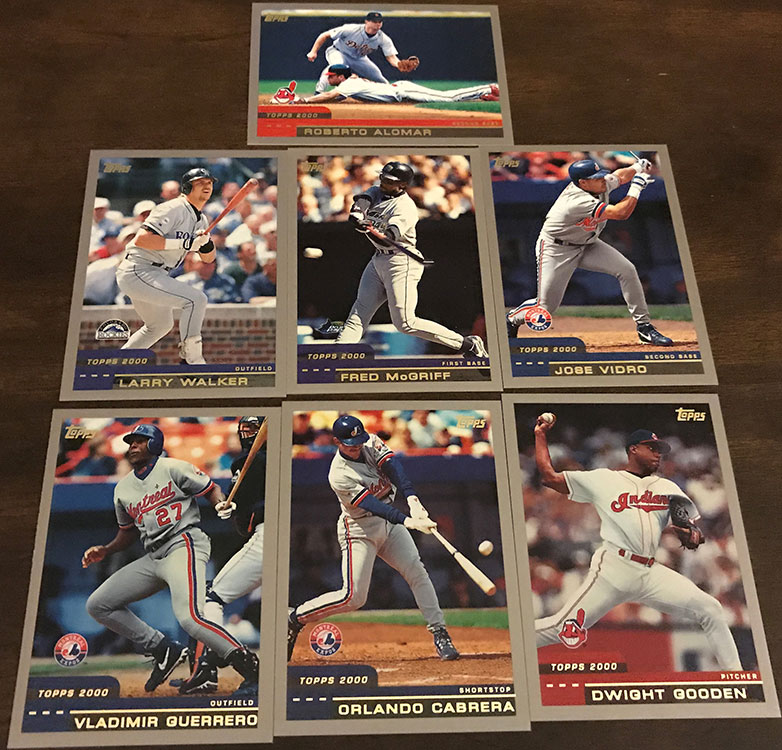 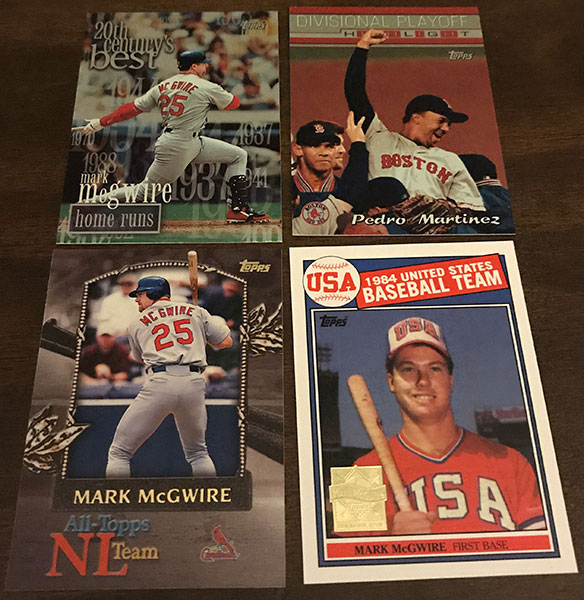 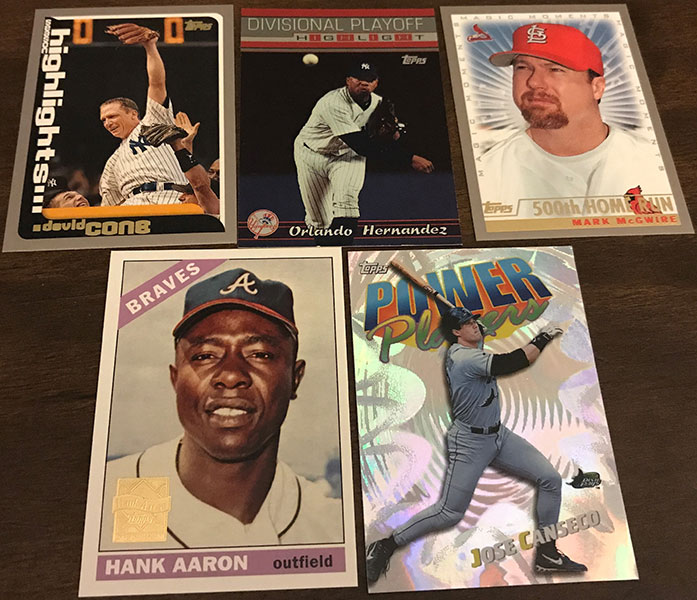 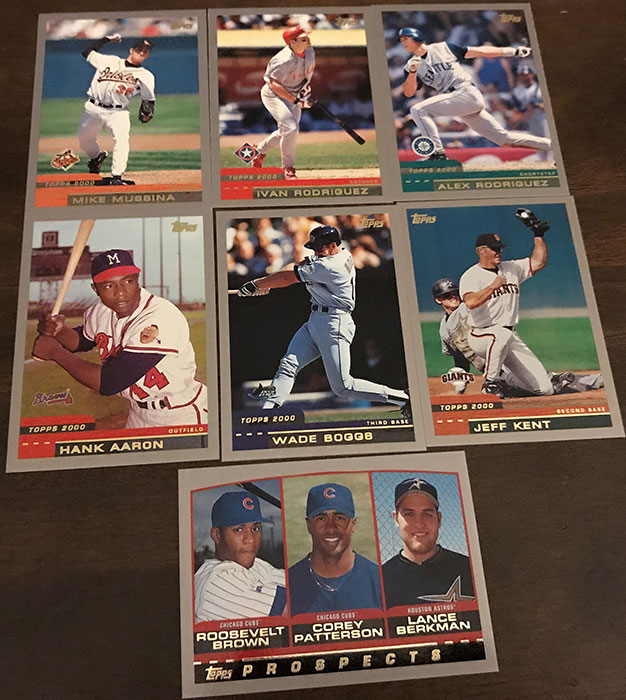 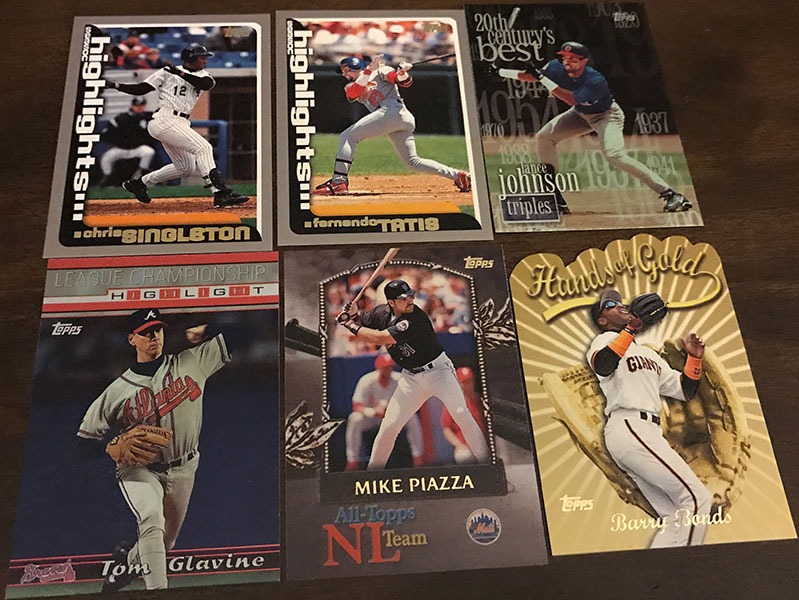 Lastly, the Hank Aaron card back. Now this is a card back. Check out all the career stats goodness. It’s hard to believe Aaron managed to hit 755 career home runs while never hitting more than 47 in a single season. Even more impressive, Hank had a .305 career batting average and never struck out more than 97 times in a season. 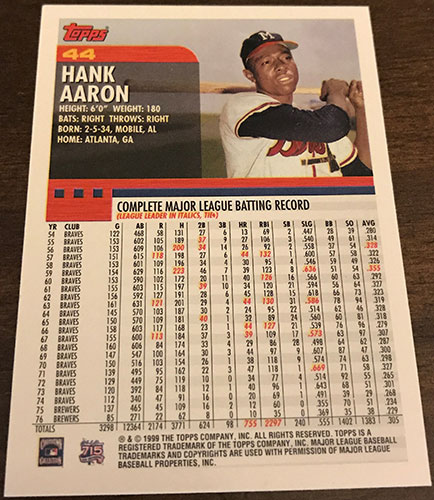 Overall, this was a fun break. 2000 Topps Baseball is loaded with Hall of Famers, and some more guys I still think will get in (Schilling, Clemens, Bonds, maybe Billy Wagner).

There are some nice looking inserts in this one, as well, my favorite being the Hands of Gold die-cut cards.

I also really like the Hank Aaron reprints. I wish Topps still did this, picking a legend to highlight every year, and insert all of their Topps cards as reprints. I love pulling those since I most likely won’t ever own all of the vintage versions.

Quite possibly the best part about opening a Series 1 box, though, is that means baseball is right around the corner. It can’t get here soon enough!