Collector’s Edge got its start in the trading card business with a single 1992 football release, simply called Collector’s Edge. By 1999 they were releasing a variety of attractive products. In 1999 alone they released seven football products: Advantage, First Place, Fury, Masters, Odyssey, Supreme, and Triumph. This week’s box, Collector’s Edge Trio, combined three of those products into a single box. 1999 Collector’s Edge Fury, First Place and Odyssey have four packs each, making this a sampler of sorts. 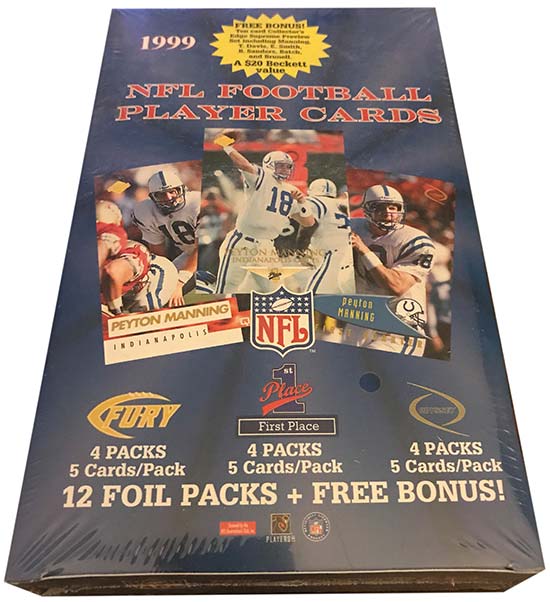 Over the years, the card maker would test the waters in other sports as well. In 1995 they made a two card baseball set for Ball Park Franks. The set featured autographed cards of Yogi Berra and Frank Robinson (and now that I know that, I need to buy both!). In 1996 they expanded onto the basketball court, releasing a set called Rookie Rage. They even tried a set in 2000 featuring just women athletes. The set, simply titled Collector’s Edge Women, featured female athletes from multiple sports, including tennis, gymnastics, softball, golf and even speed skating. 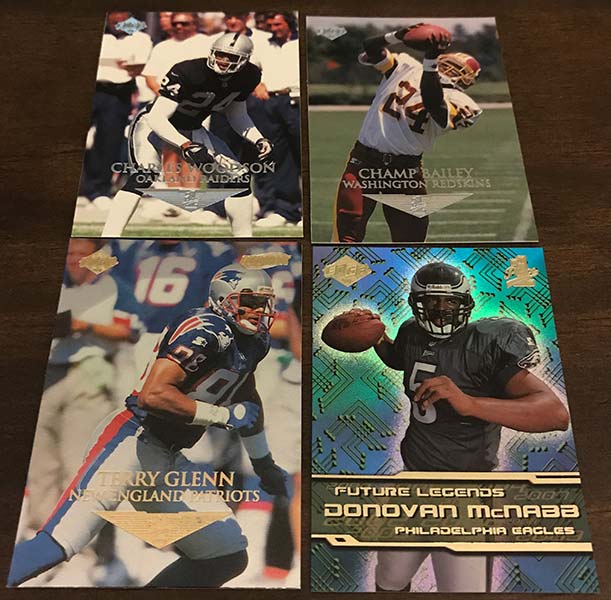 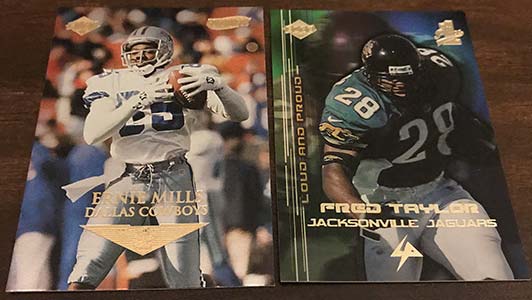 Dorsey Levens & the #3 pick in the 1999 Draft, Akili Smith Gold. That Akili Smith card was a nice pull back then. 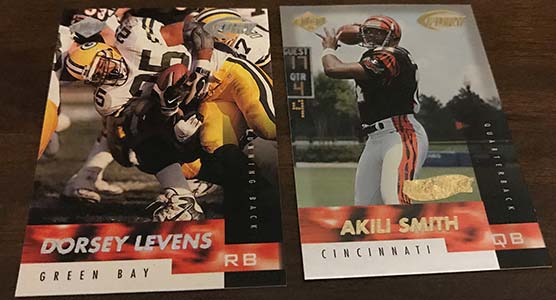 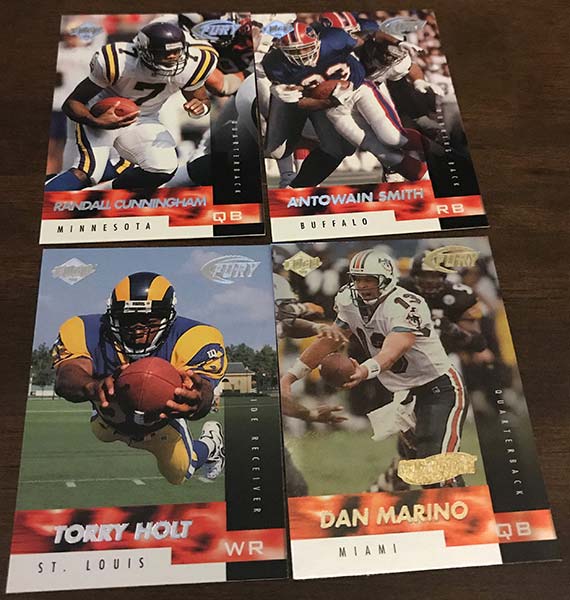 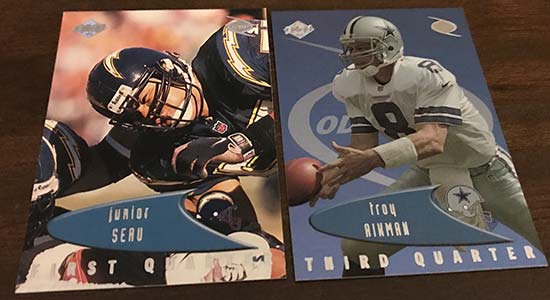 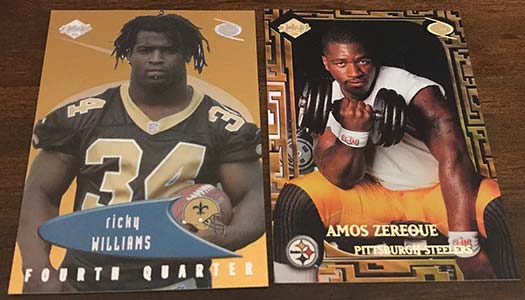 That was fun! Collector’s Edge really did make some nice cards. This box was loaded with parallels and inserts, too. I have featured a few Edge products before, but I think I am going to have to track down some more boxes to bust here. I was also able to continue my streak of pulling Emmitt Smith insert cards, which is not a bad thing. This was a fun idea to combine multiple products into one box. Topps did something similar with 2001 Topps Fusion, but that was combining multiple brands into each pack, not a box containing packs of different products. Fusion was also different as each brand combined into one product.

As the NFL season begins to come to a close, so too will football products being featured here. February 10th, the Wednesday after the big game, will be the last football post of the season. Baseball will be back!

Projecting Greatness: How They Did Baseball Card ...