I have always enjoyed Topps Finest and Topps Chrome. Maybe it is just because they are shiny, but whatever it is, I love it! I certainly miss Topps having their NFL license, because we no longer have the option to buy these products, unless of course, we reach back into the past like this week with some 1997 Finest Series 1 Football. 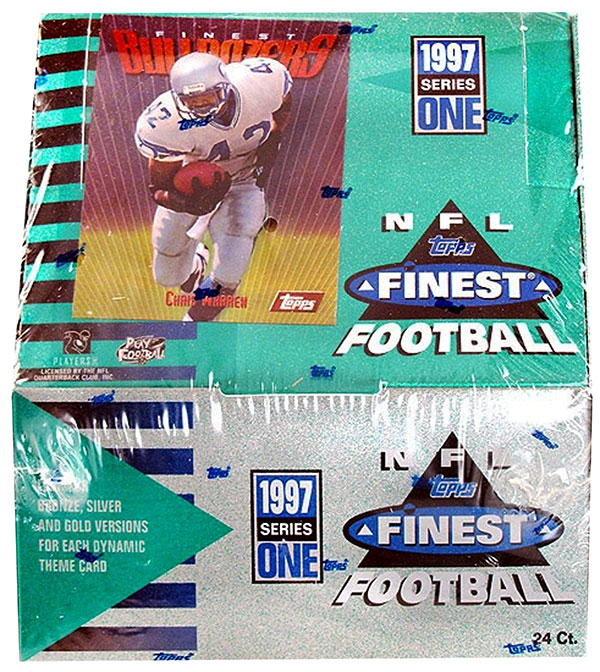 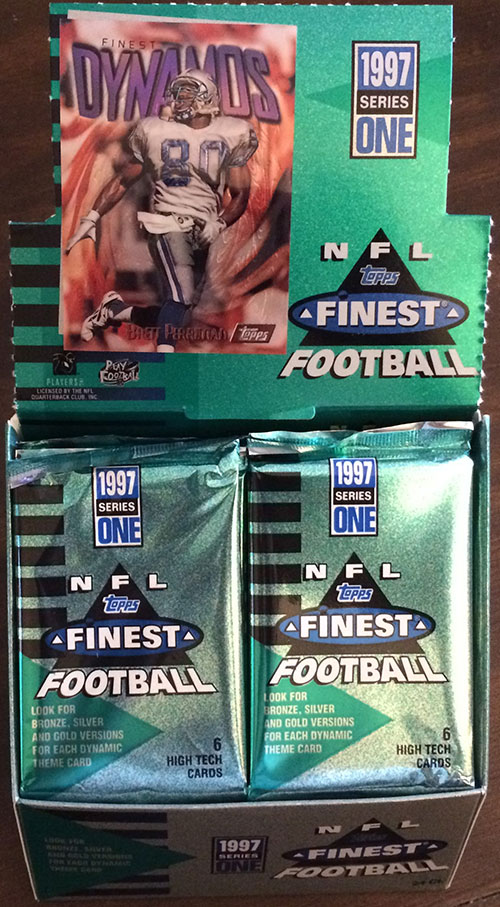 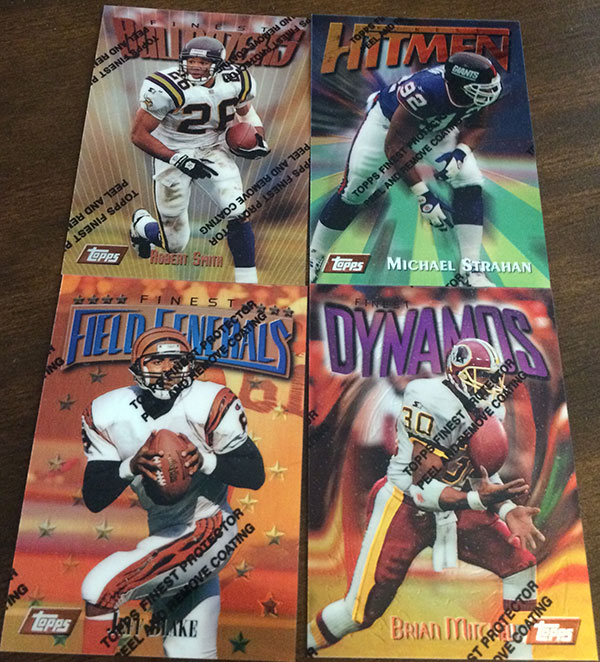 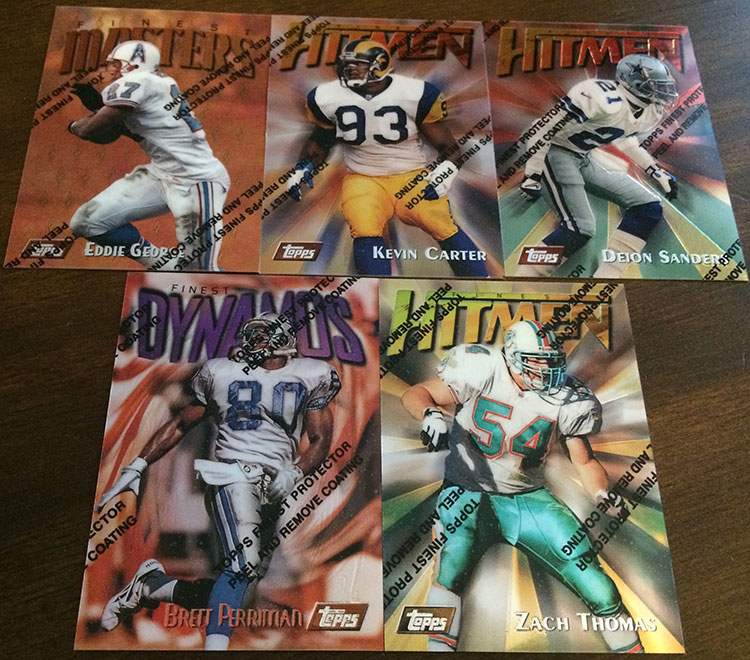 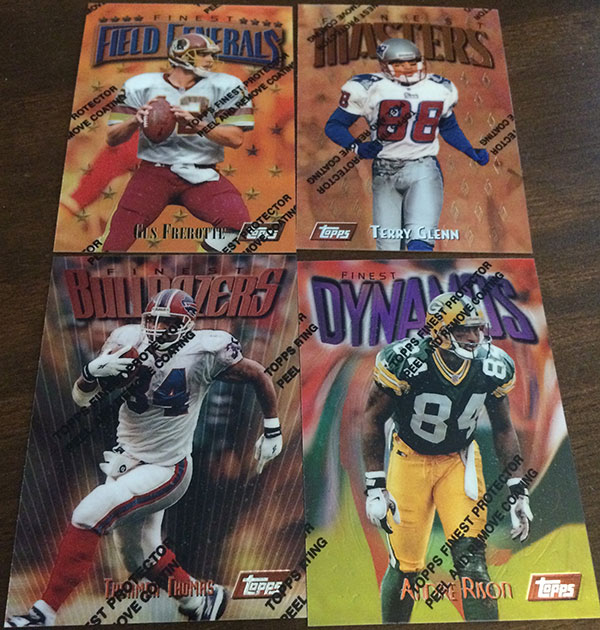 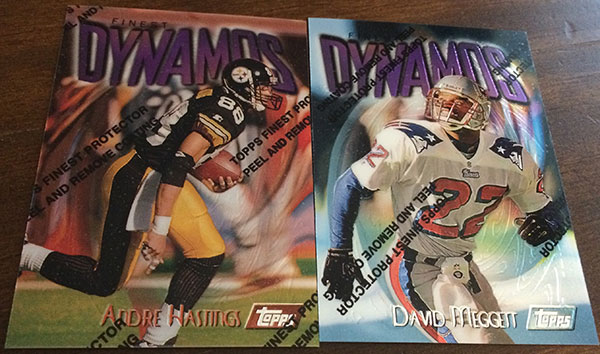 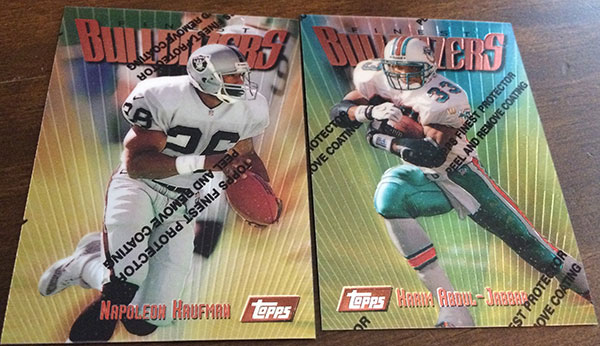 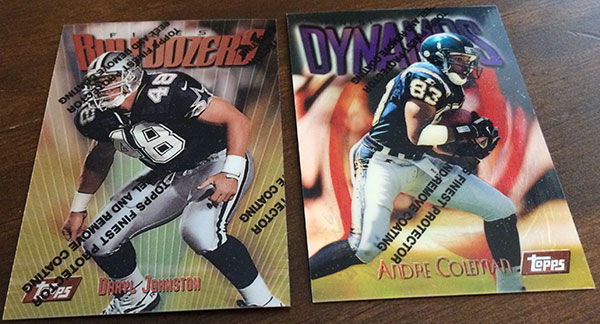 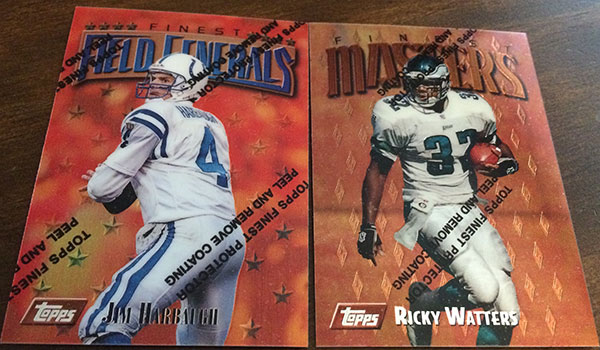 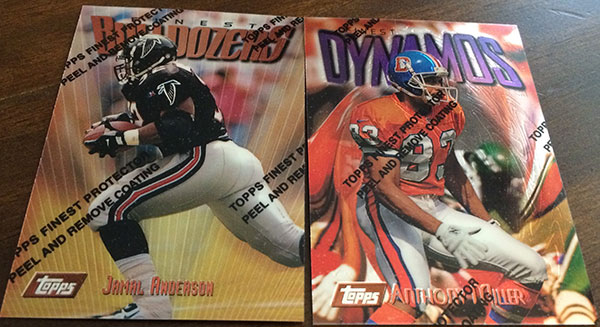 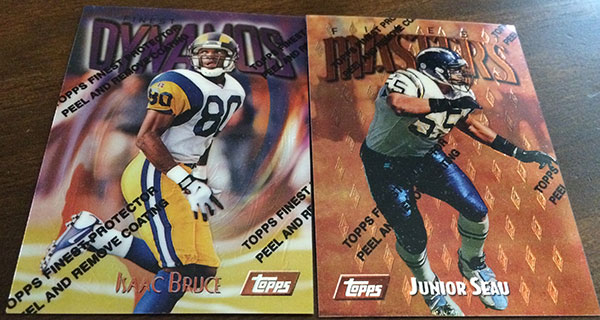 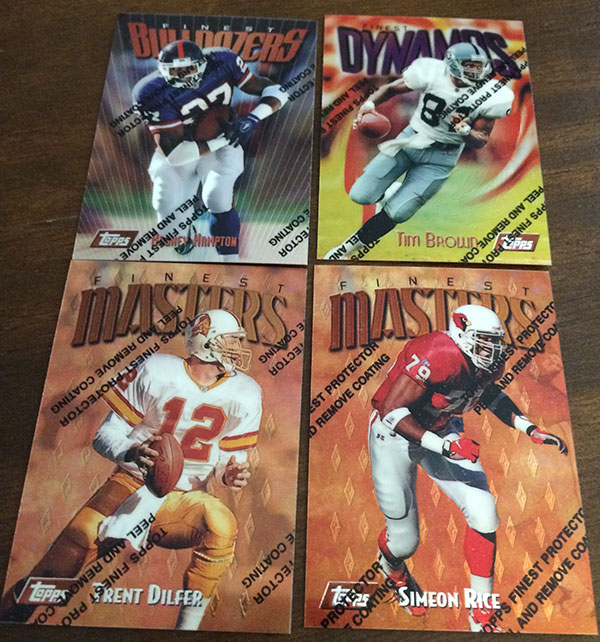 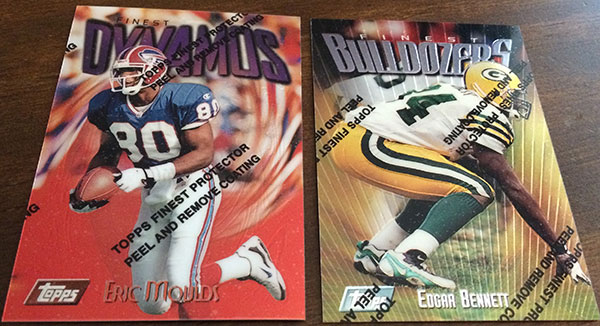 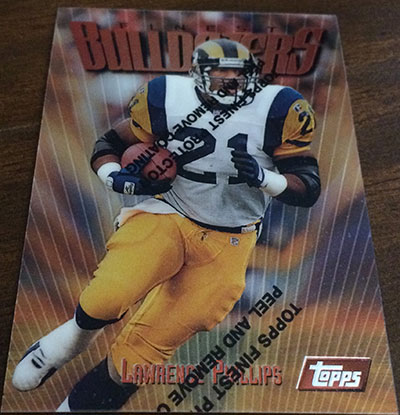 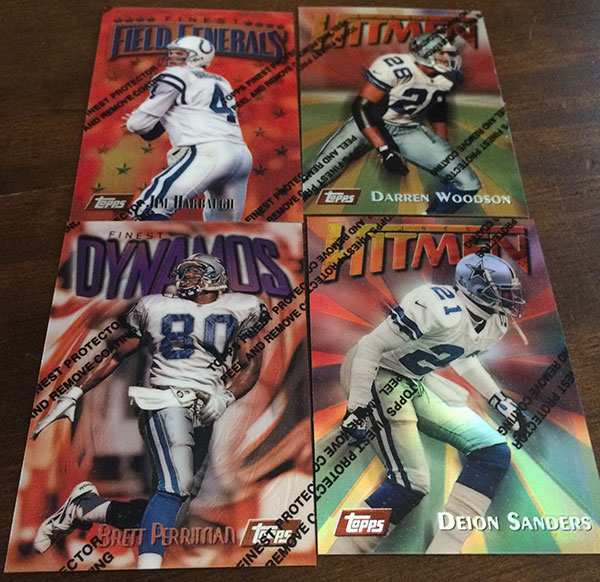 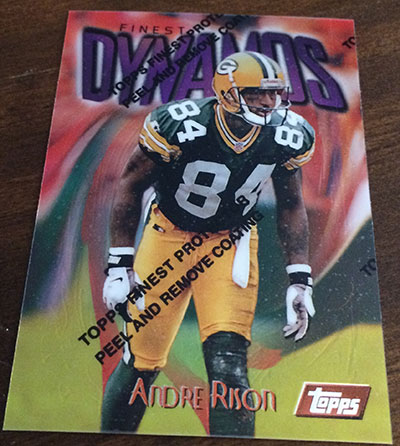 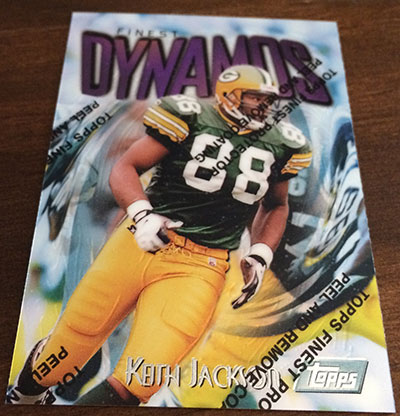 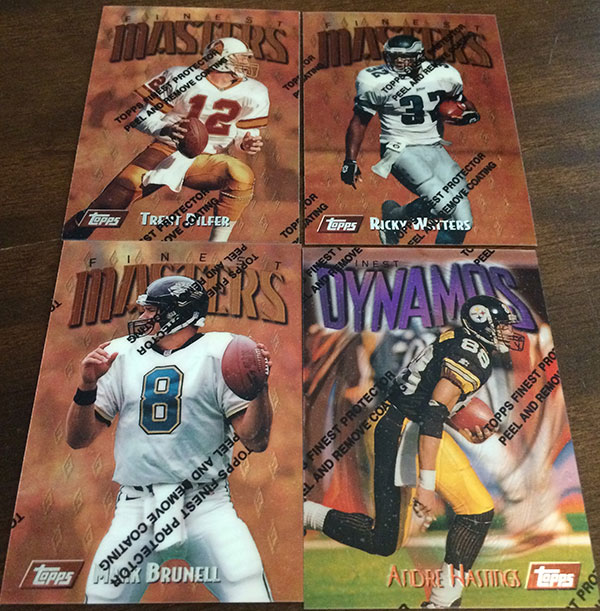 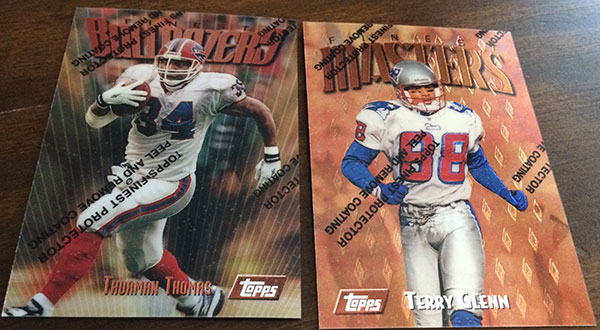 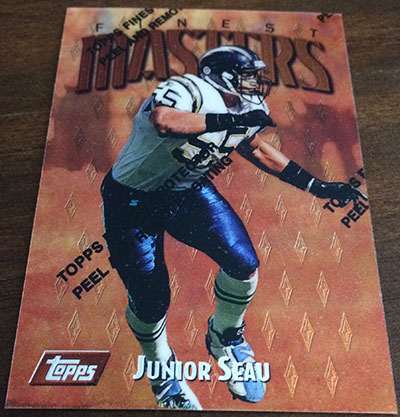 Lastly, a card back. I am going to be honest, without the designations on the back, I have a really hard time telling these apart. Actually, I still don’t know which cards are Bronze, Silver or Gold. 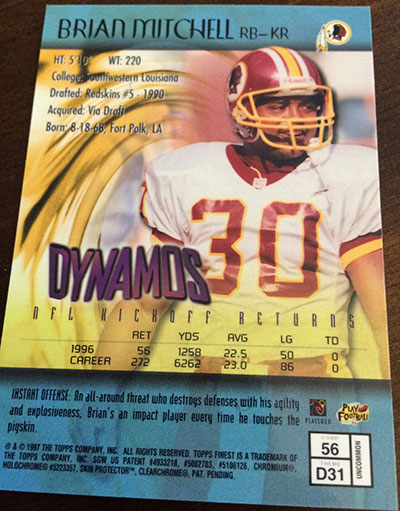 I guess the only really important question to ask after busting 1997 Topps Finest is — are you a peeler or a non-peeler? What did you think of the protective layer on these cards?