As some of you know, I keep a stash of cheap wax around at all times. In addition to the unopened boxes, I have a picture folder on my computer chock full of breaks waiting to be posted. Recently I noticed I was nearly out of football breaks, and seeing how the football box breaks run through the end of the season, it was time to stock back up!

I took advantage of some Black Friday sales and ordered another 20 or so boxes to be featured here. This box of 1996 Zenith Series II from Pinnacle just happens to be the first box I opened from that shipment. 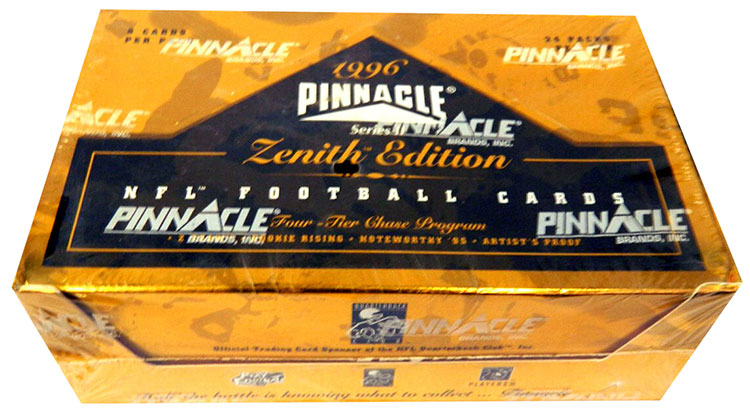 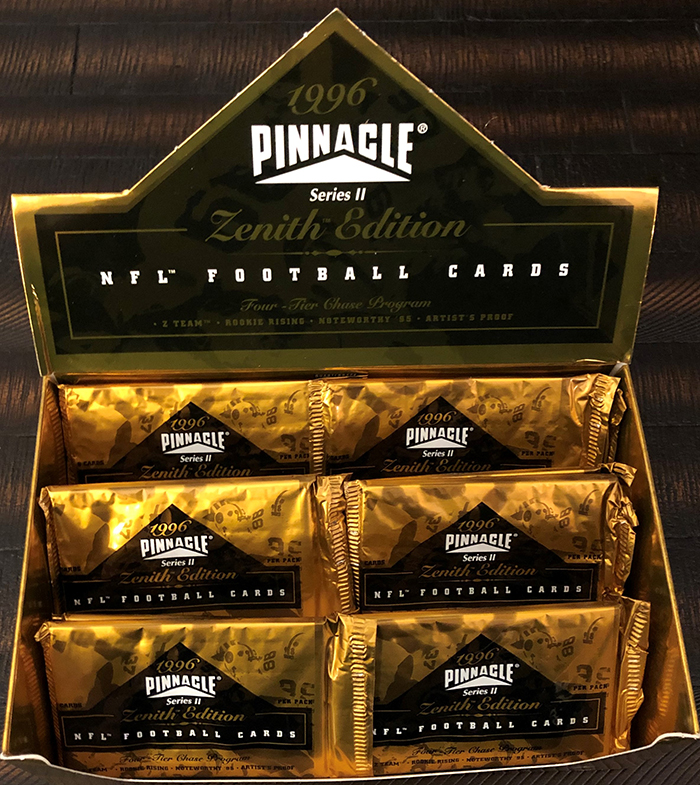 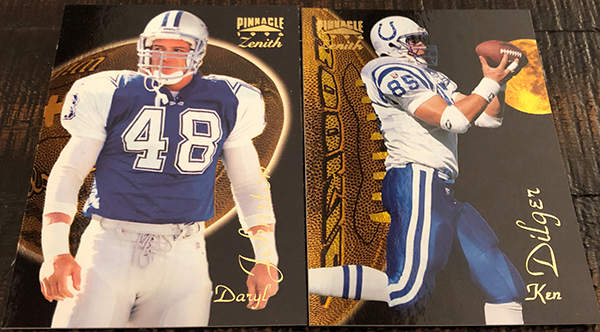 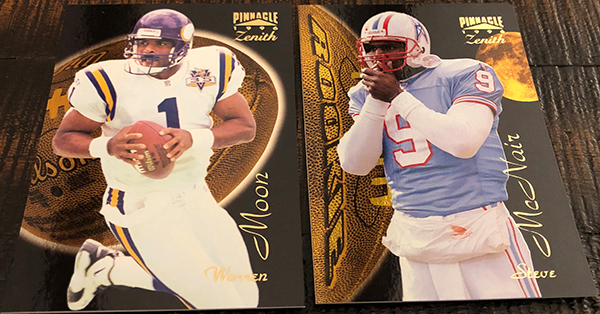 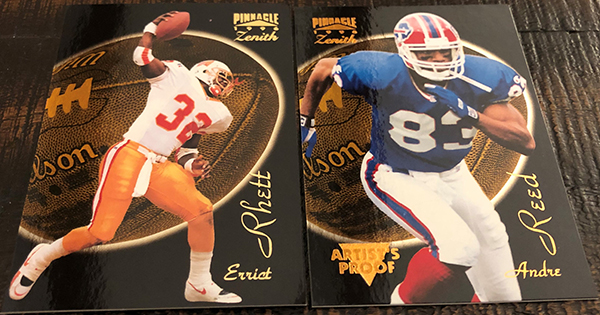 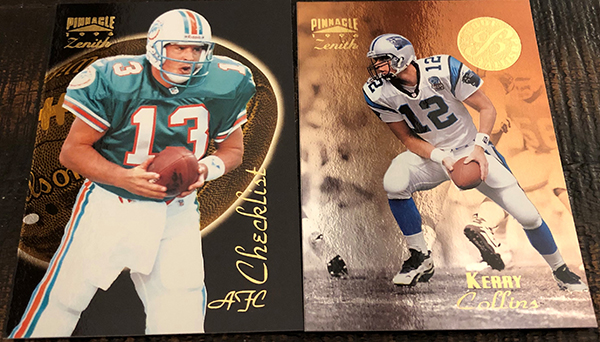 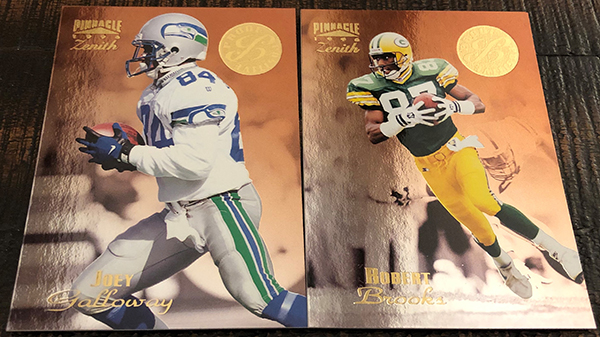 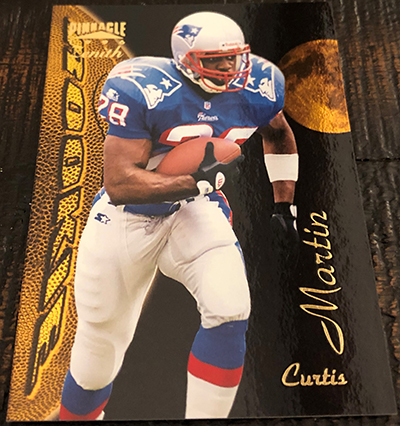 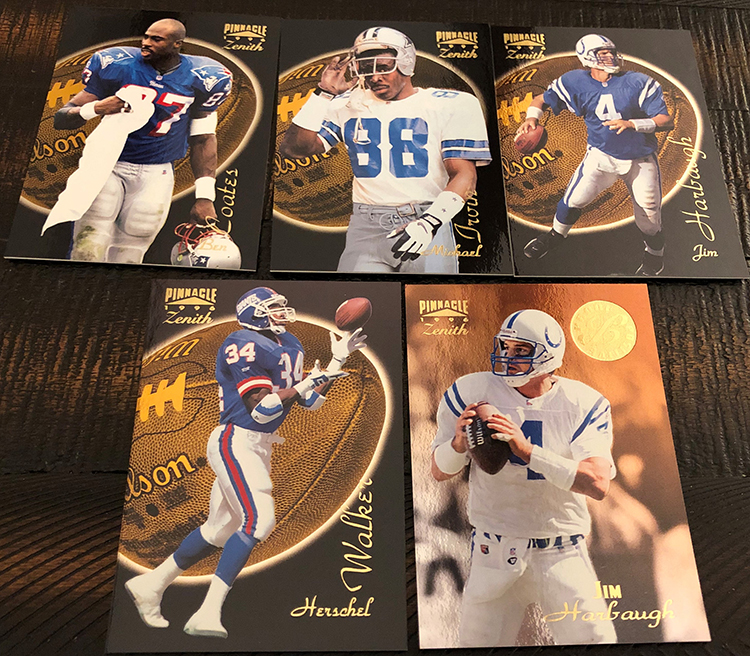 Jim Kelly (quite the photo choice on this one) & Jerry Rice 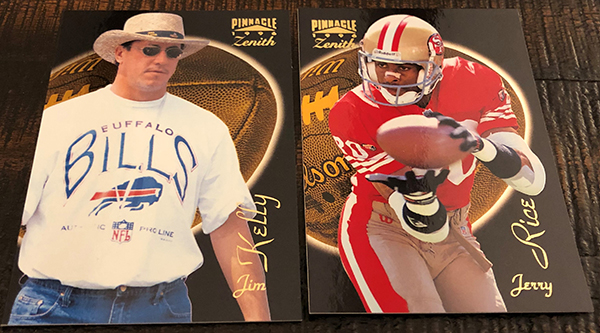 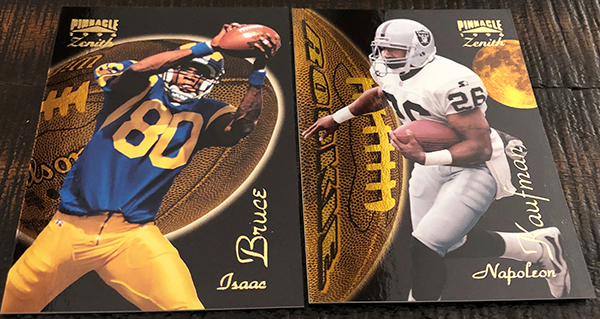 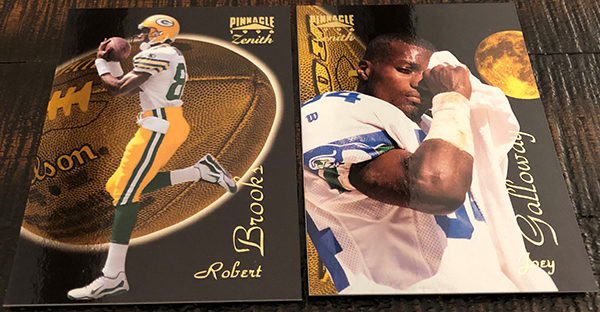 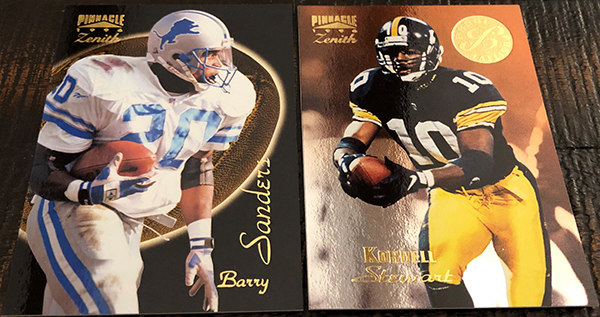 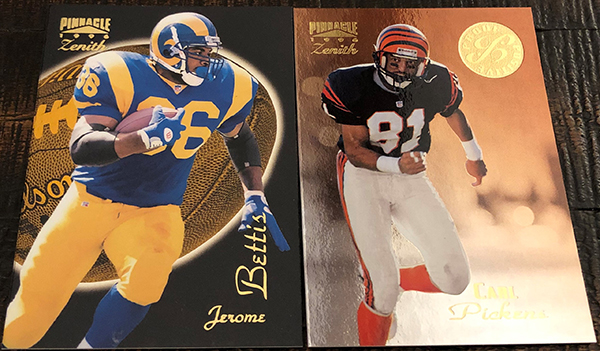 Lastly, the Bettis card back. How many of you actually remember Bettis played for the Rams? I always think of him as a Pittsburgh Steeler.

This was a really solid break. Beat the 1:23 odds and pulled two Artist’s Proofs cards, both being skill players, too (always a plus)! I also hit the chase of this product in the Isaac Bruce Z Team insert, which are found just once every three boxes. This design has always been one of my favorites. Zenith was always a great looking product. At just a dollar a pack, I wouldn’t mind opening some more!