Topps Stadium Club has always been known for great photography. It started back in 1991 with “Kodak Imaging Technology” and continues to this day. 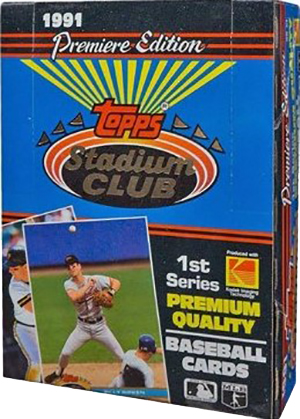 In my opinion, 1996 Stadium Club Baseball wasn’t the best photography-wise but there are still some great shots to be found. 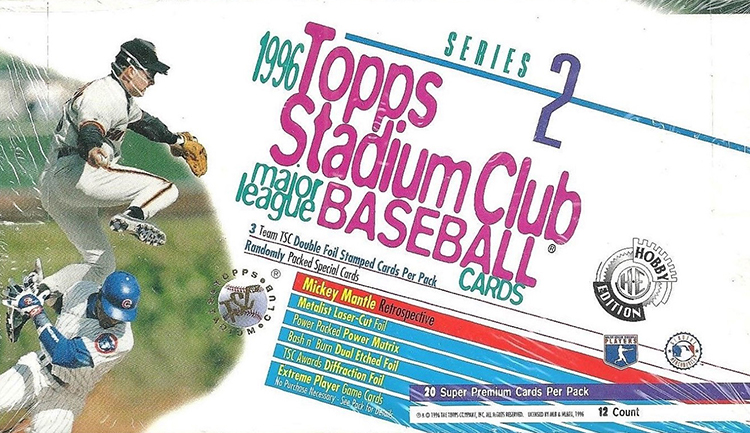 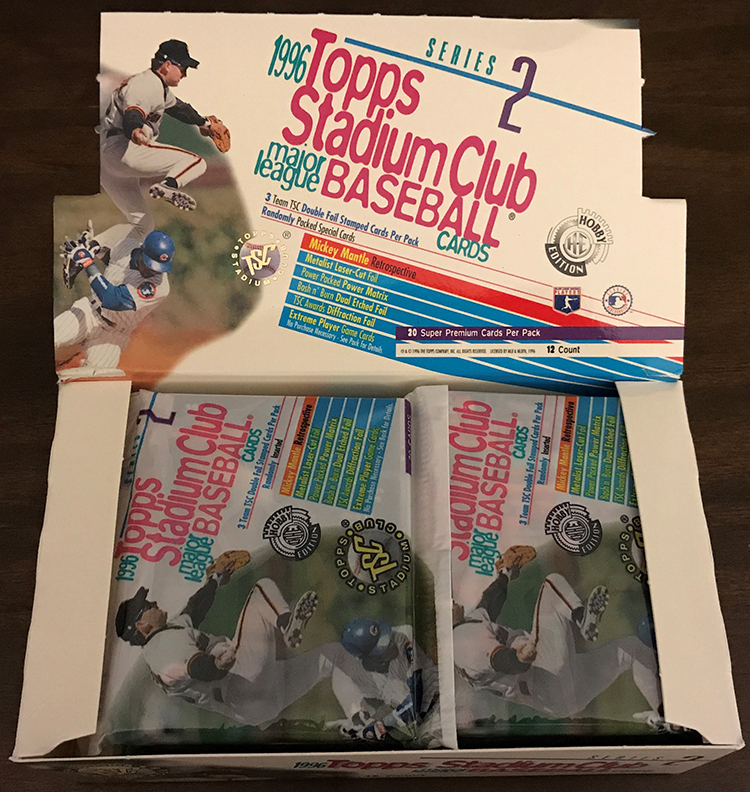 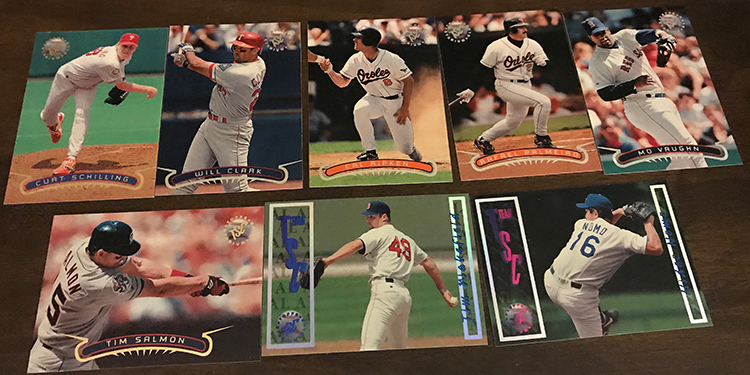 Barry Bonds, Larry Walker, Raul Mondesi, Manny Ramirez, Dennis Martinez & Ray Lankford Extreme Players Gold (1 in every 18 packs). Extreme Players was a game card along the lines of Upper Deck’s You Crash the Game. If your player completed a specific goal you could send your card in to redeem for a “winner” card. 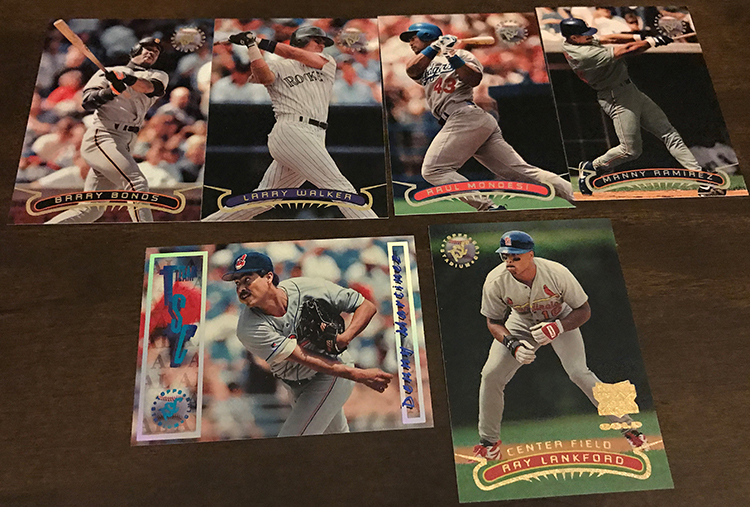 Craig Biggio, Jim Abbott, Bernie Williams, Buck Showalter (great shot of him in the desert) & Mickey Mantle (1:4 packs). I have always been a fan of the inclusion of legends in modern sets. I especially enjoy when they picked a specific player to commemorate for each set as they did here with Mantle. 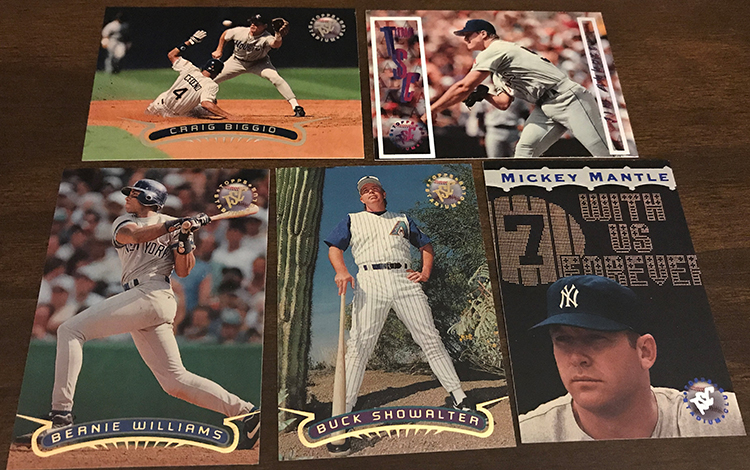 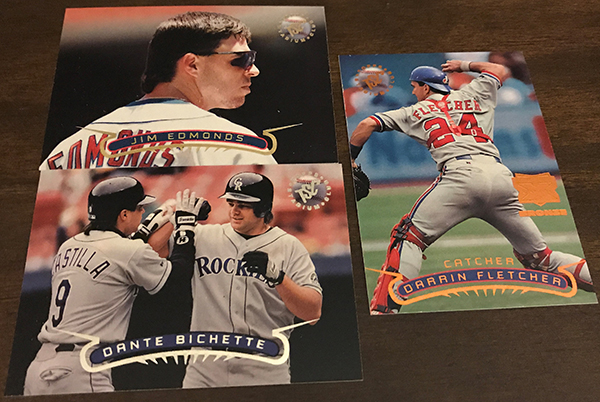 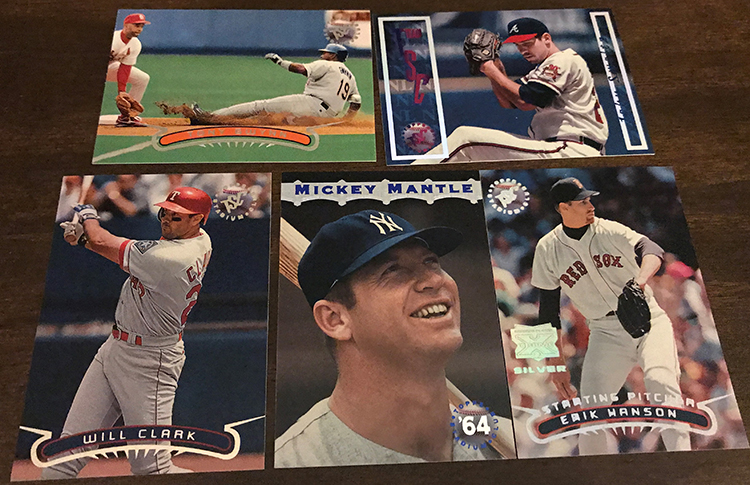 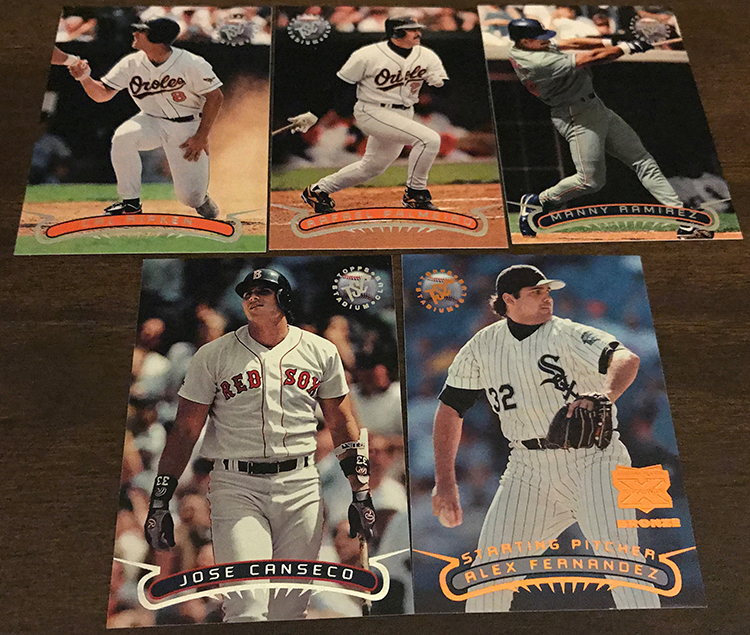 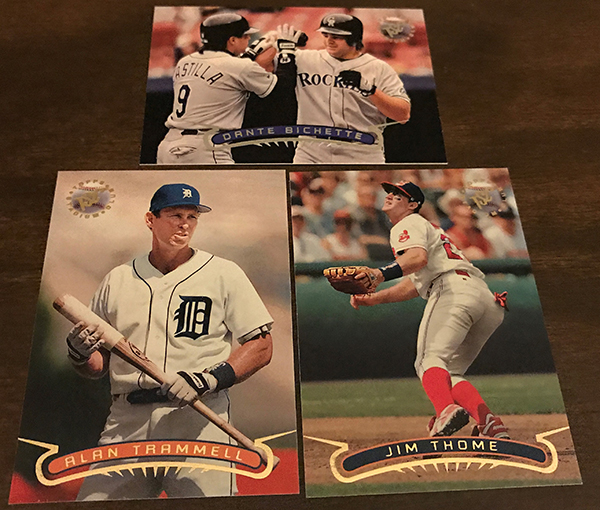 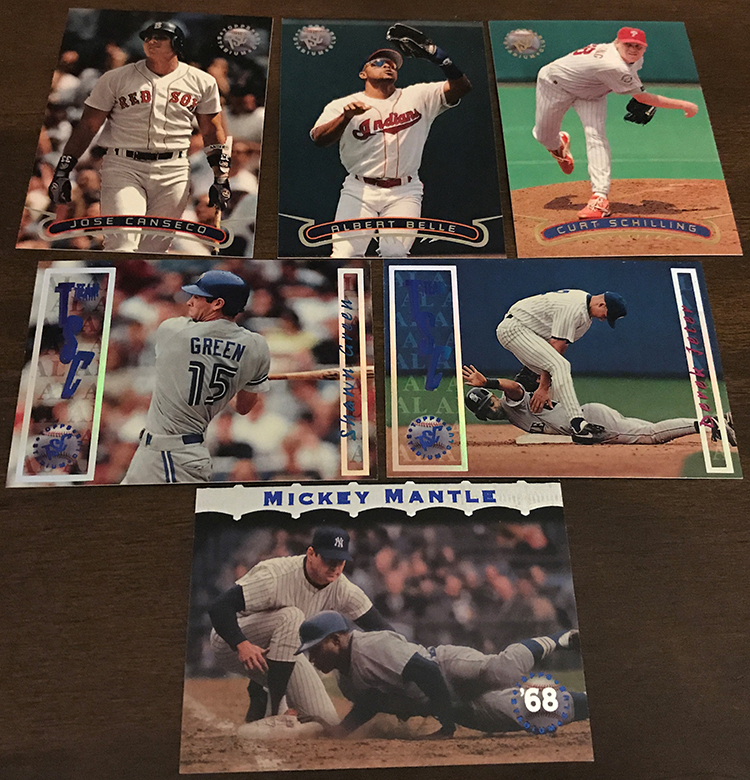 Lastly, a card back. They went with the interesting “TSC Skills Matrix” rating system for this set. 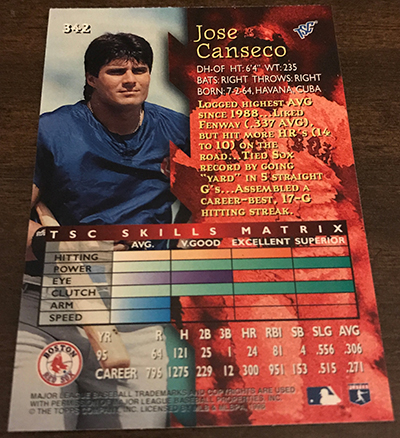 Unfortunately, we missed out on pulling a “laser-etched” Metalists insert in this box. All of the inserts in this set look great. 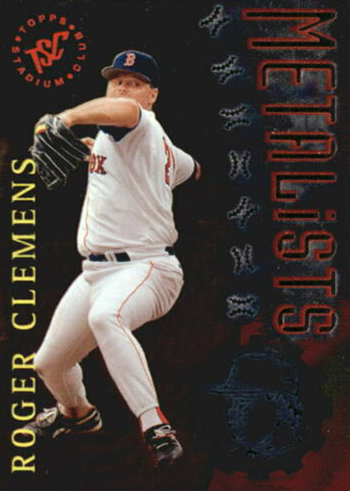 This is a fun set! I especially appreciate the inserts and the inclusion of the Mickey Mantle retrospective. I would certainly buy this one again.