This week’s break features a debut Topps product, 1996 Topps Gallery Baseball. The brand was a mainstay until 2003. After a 2004 hiatus, the product returned in 2005 before being retired for more than a decade. Topps Gallery would make a Brett Favre-like return in 2017 as a Walmart exclusive, which it has been the last three years.

The art-themed 1996 debut release features a 180-card base set split into five different themes: Classics, New Editions, Modernists, Futurists and Masters. The set features one parallel, Player’s Private Issue, which is found once in every eight packs.

The art theme continues with the three insert sets; Expressionists (1:24 packs), Photo Gallery (1:30 packs) and a Mickey Mantle Masterpiece card found once in every two boxes.

The product had a $72 box price when it was released. 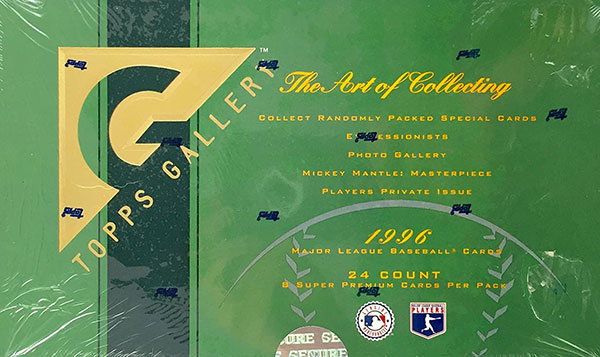 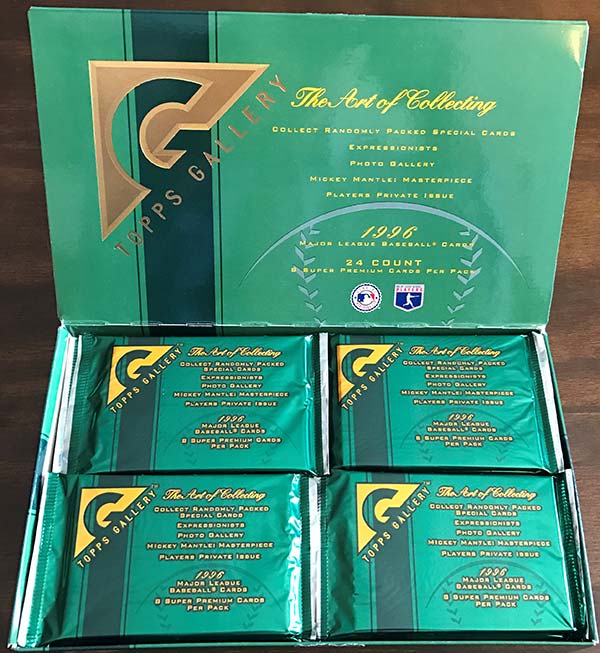 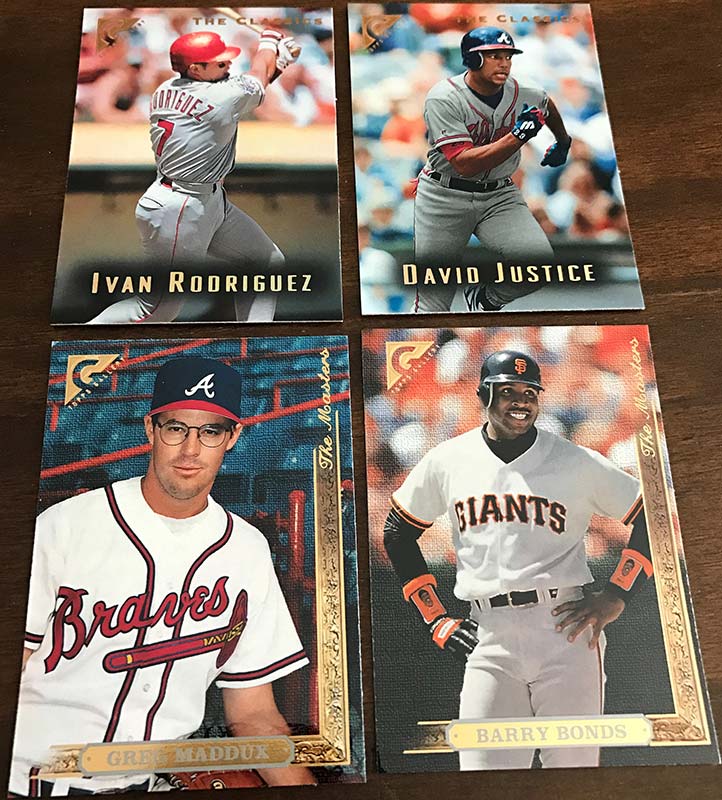 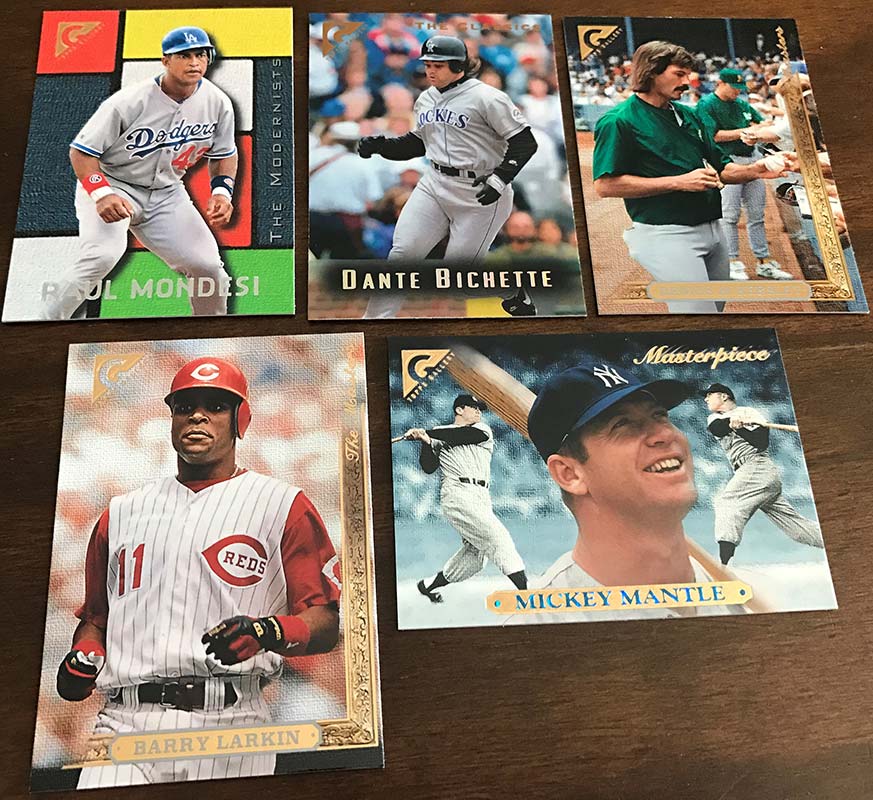 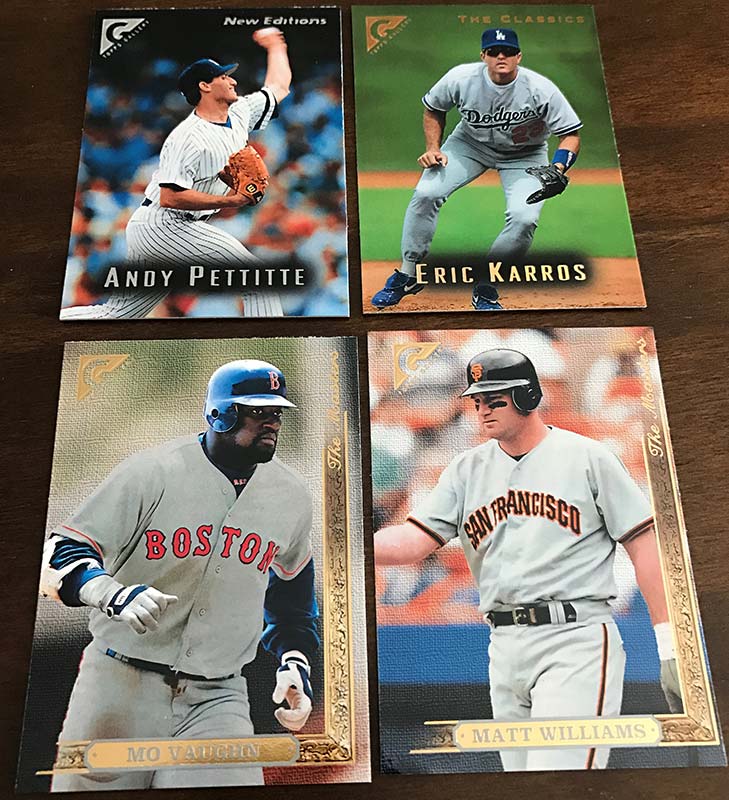 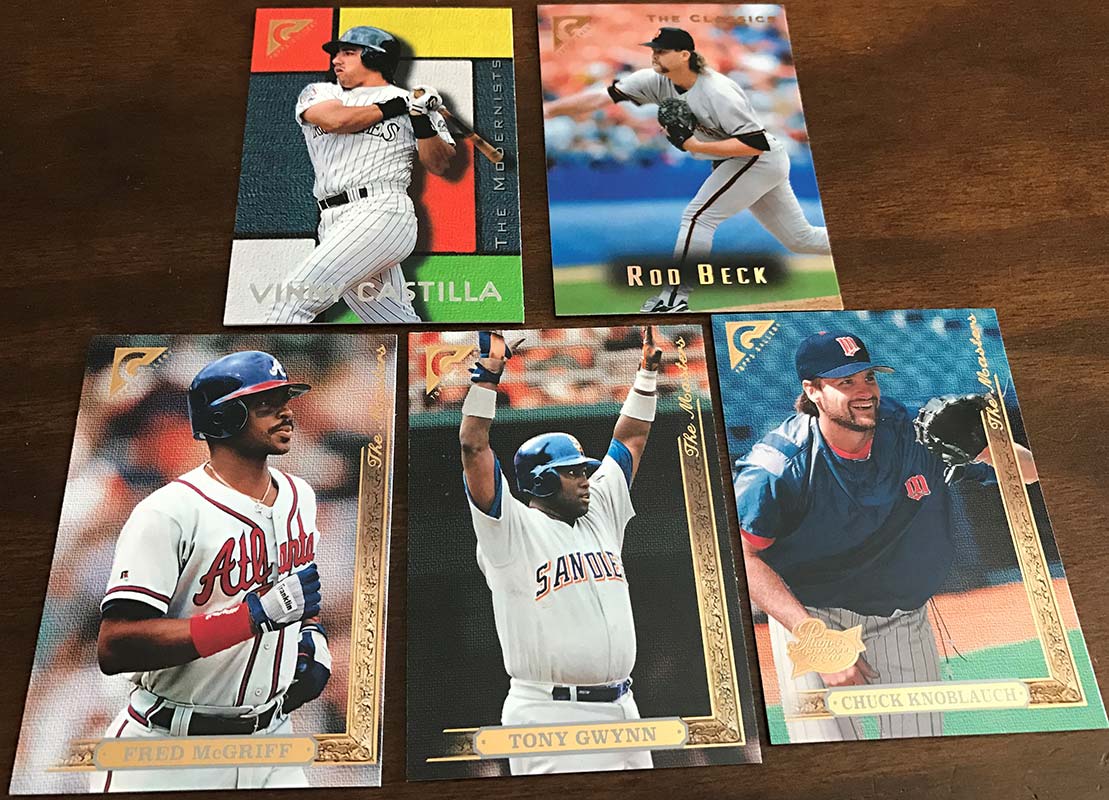 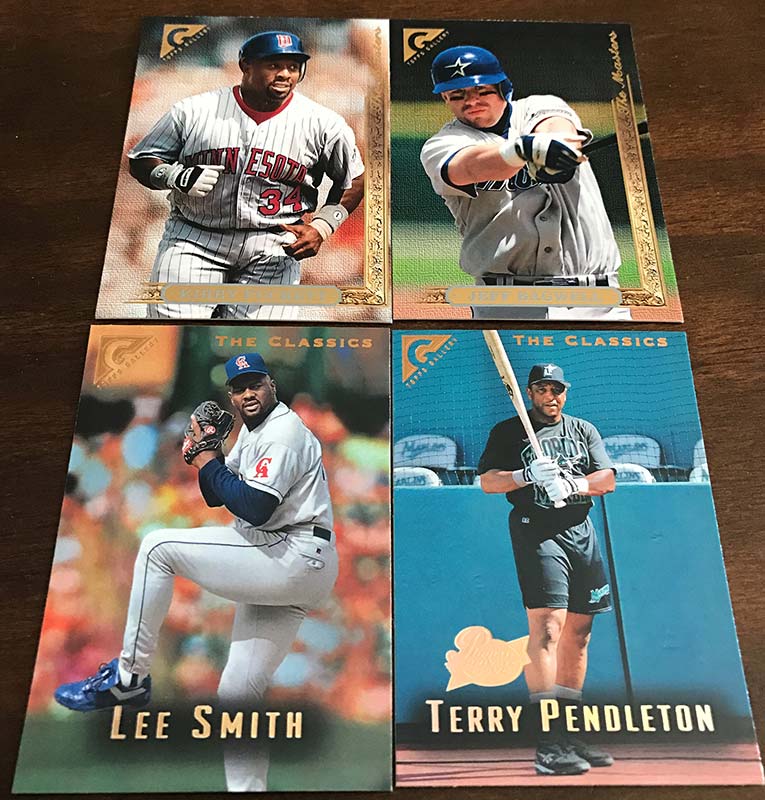 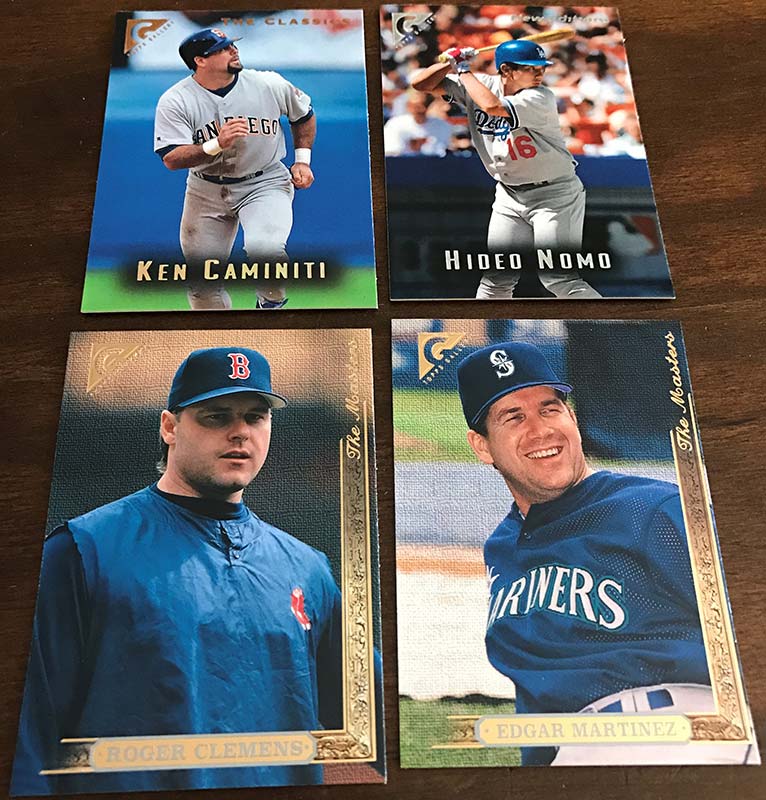 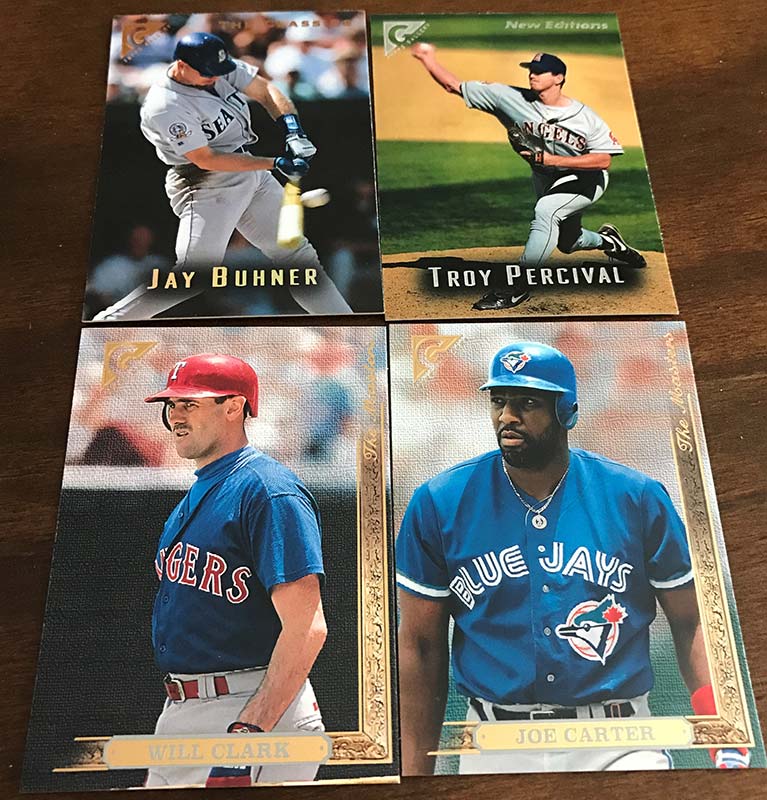 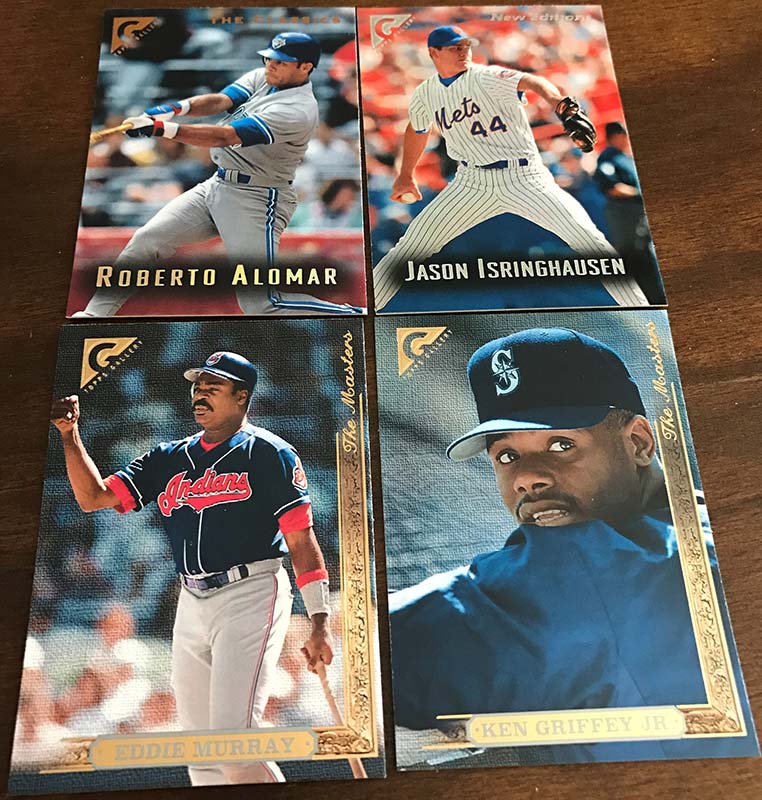 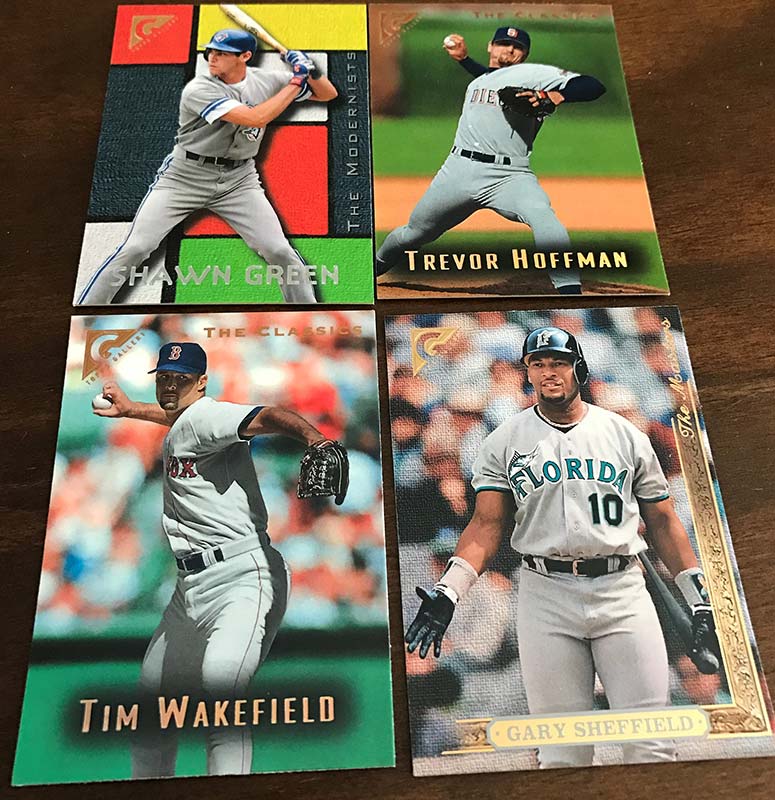 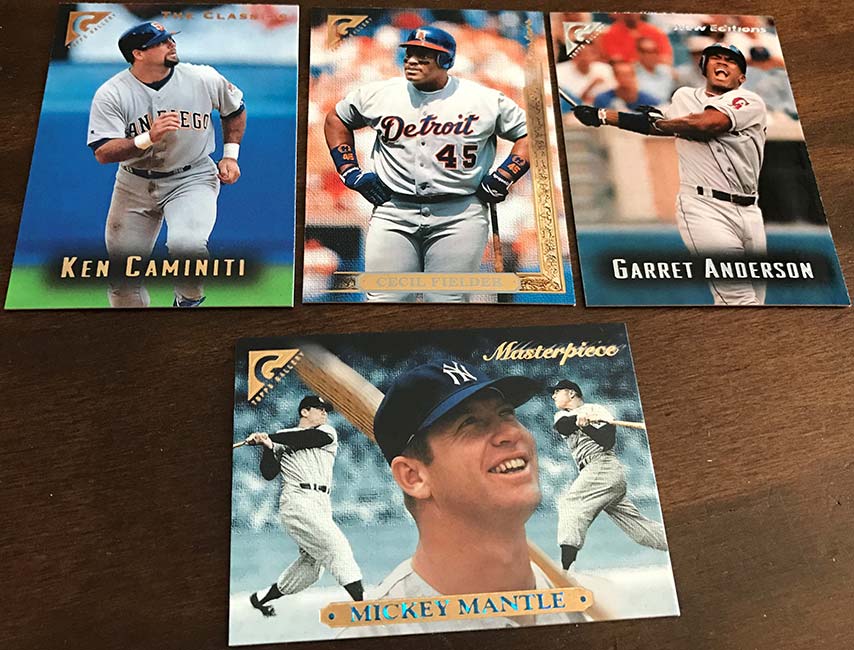 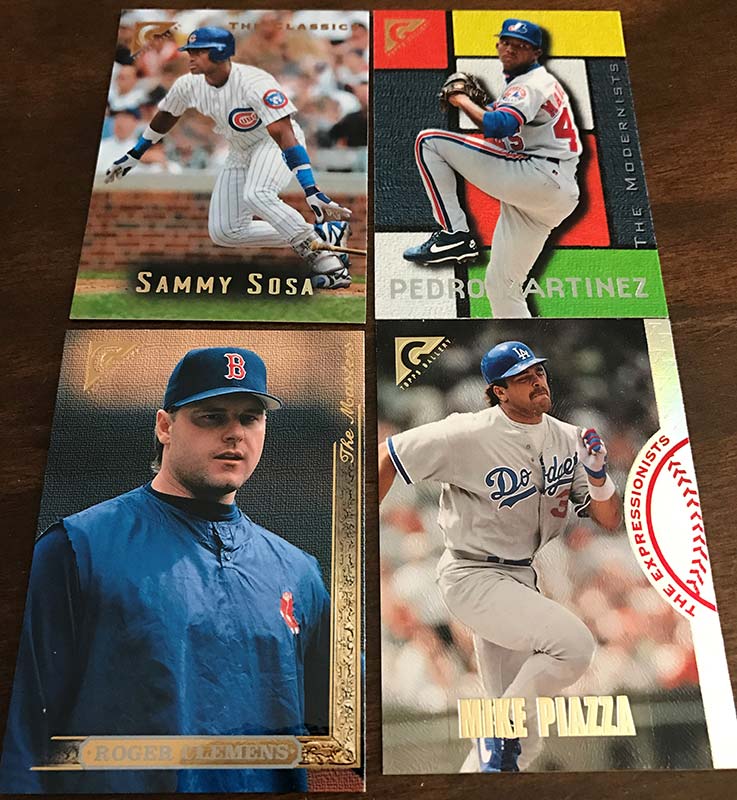 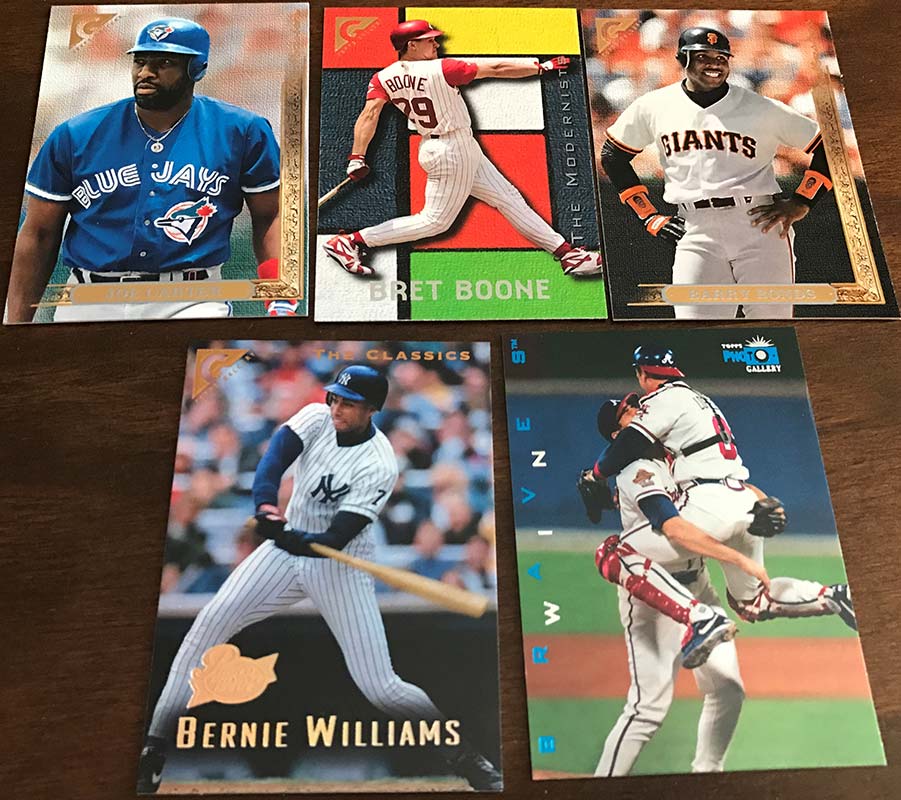 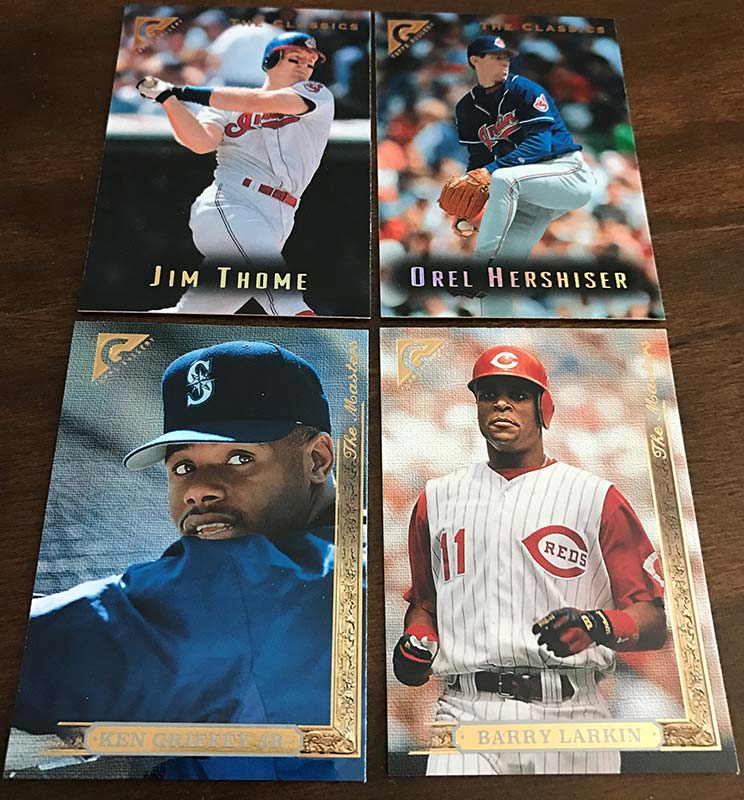 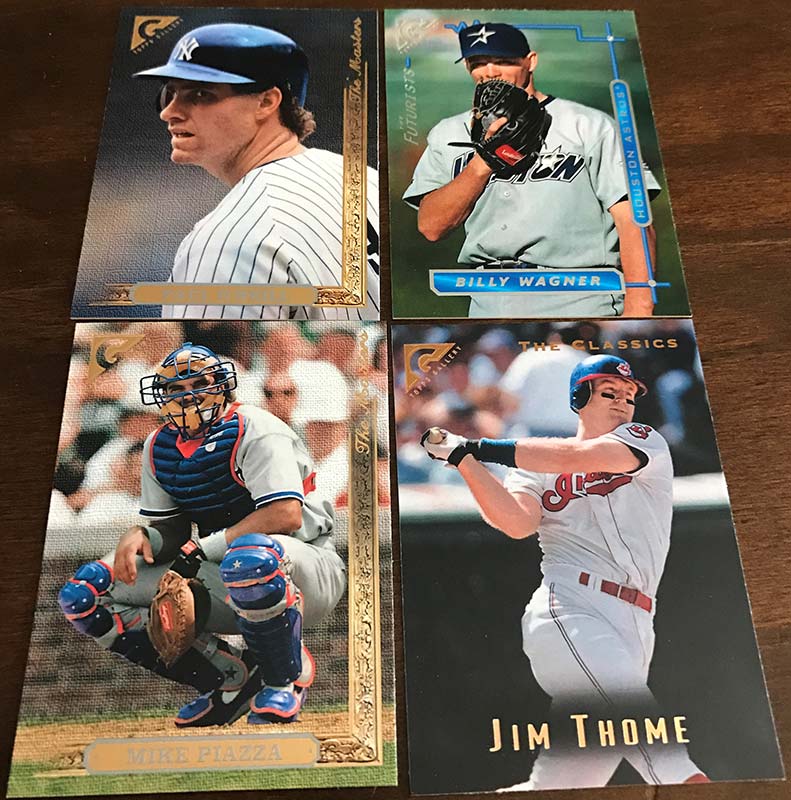 Tom Glavine, Jim Edmonds, Albert Belle (my favorite Belle video of all-time is of him plowing over Fernando Vina on the basepath) & Roger Clemens 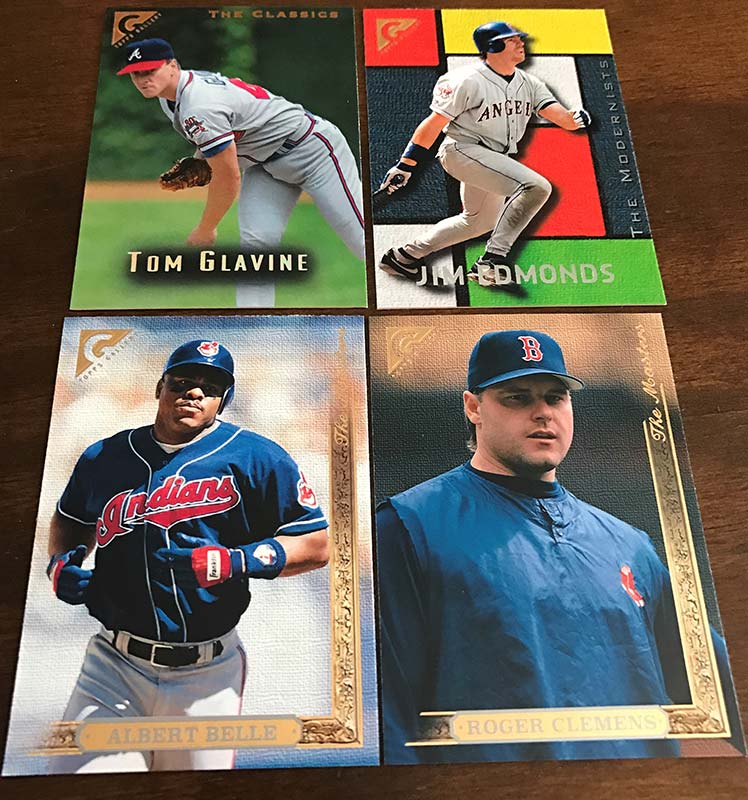 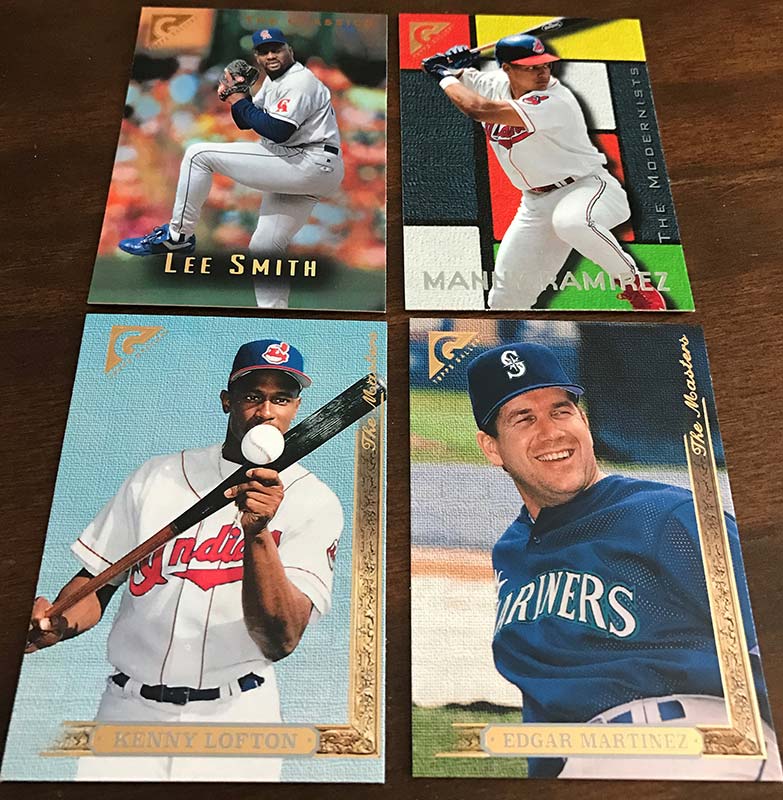 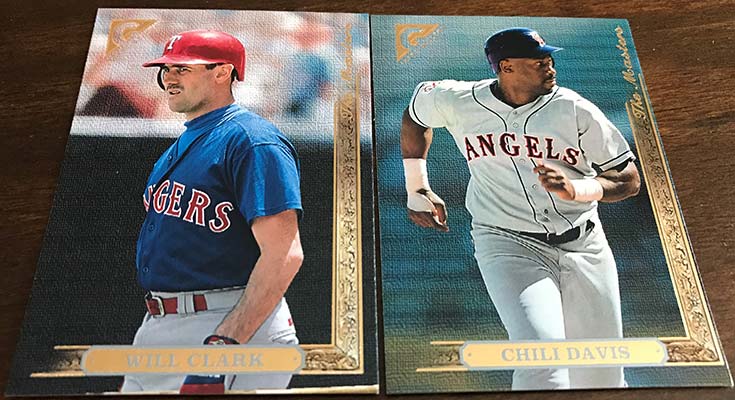 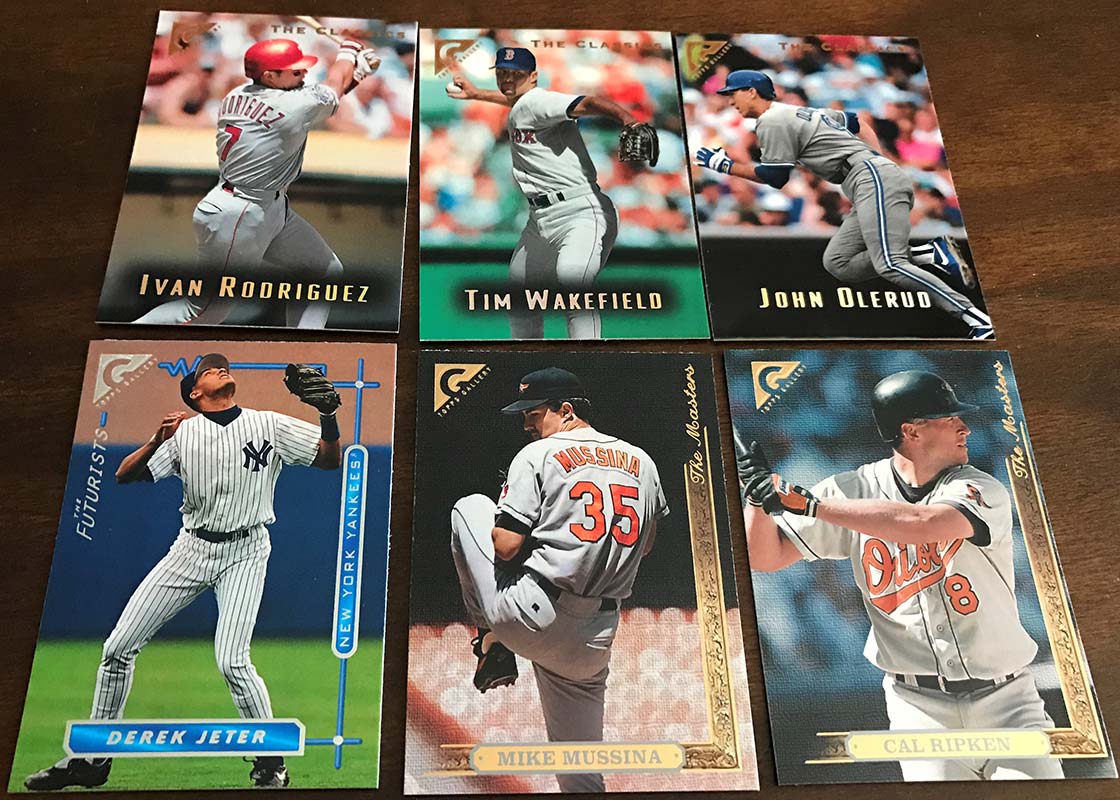 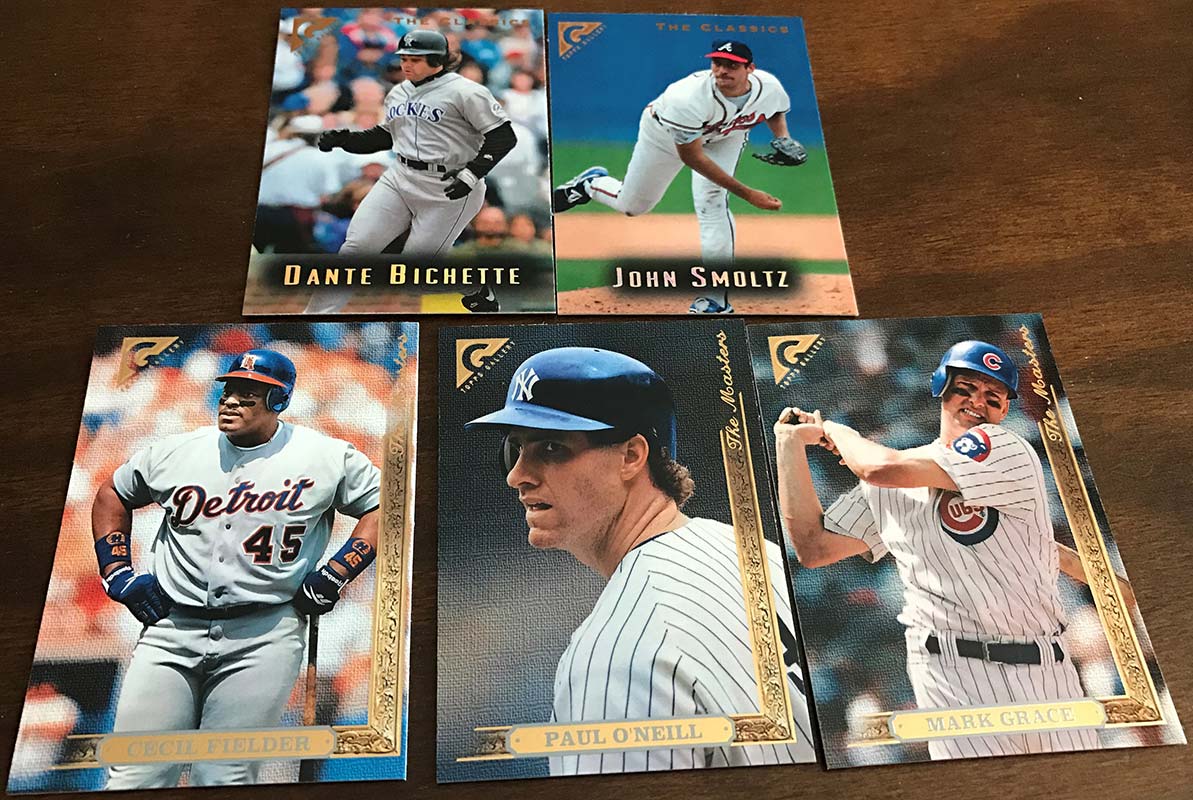 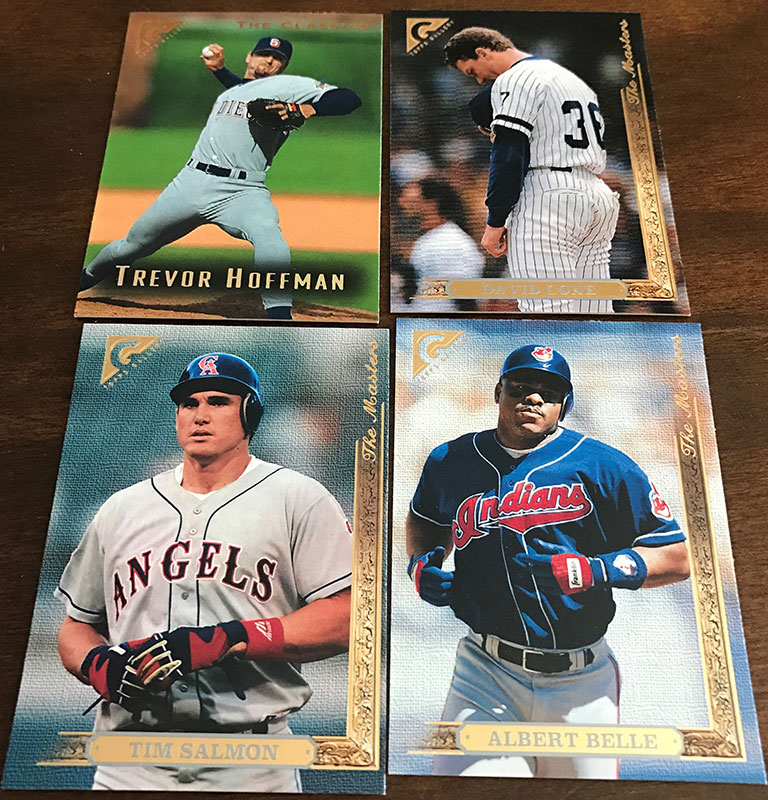 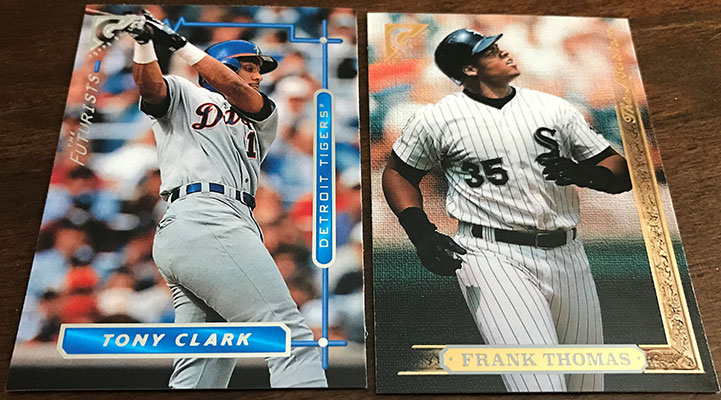 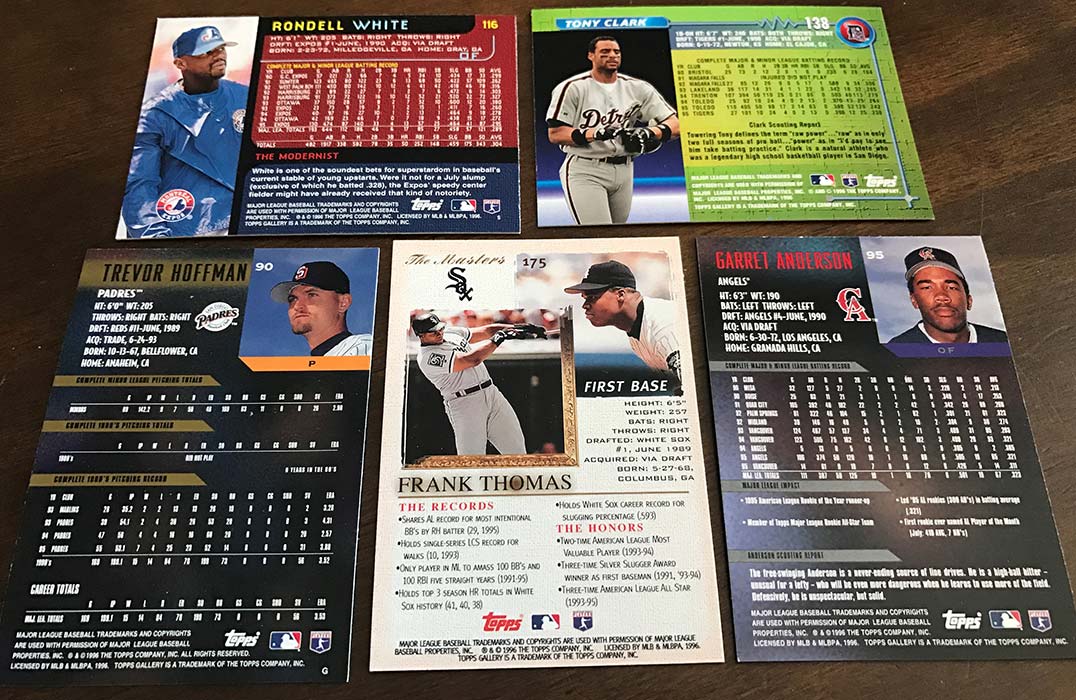 I have always been a fan of Topps Gallery. It got even better for me in 1997 when they included the stained glass designed Gallery of Heroes. The Braves Photo Gallery card was a cool pull for me, personally, as I was a Braves fan back then. How does a NH kid turn into a Braves fan? Well, I have changed to a Red Sox fan since then, but when I was a kid I could watch every Braves game on TBS. That was enough for me to be a Braves fan, especially with that ’90s team they had.

The highlight of the box, though, was definitely hitting the two Mantle Masterpiece cards. I would imagine hitting two of those in a single box didn’t happen often with the 1:48 pack odds. Plus, as we all know, I am a big fan of highlighting baseball legends in products.

I would certainly buy this one again, with the hopes of pulling different parallels and insert cards.

3 National Treasures Cards to Watch from ...