The recent release of 2020 Topps Finest marks the 28th straight year for the brand. Topps debuted the “super premium” chromium Finest brand in 1993 and it has been around ever since. On release day in 1993, Finest packs would cost you about $4 each, a hefty sum back then. That certainly didn’t stop people from buying them, though, and packs were soon selling for over $20 each. It remains one of the decade’s most expensive sets.

1996 Topps Finest Baseball is a two-series release, with Series 2 containing 168 cards. Topps made it tough on set collectors with this release, including silver and gold cards in the base set, not as parallels. With Series 2 having 22 gold cards, which fall just once in every box, imagine how difficult it is be to build the base set. 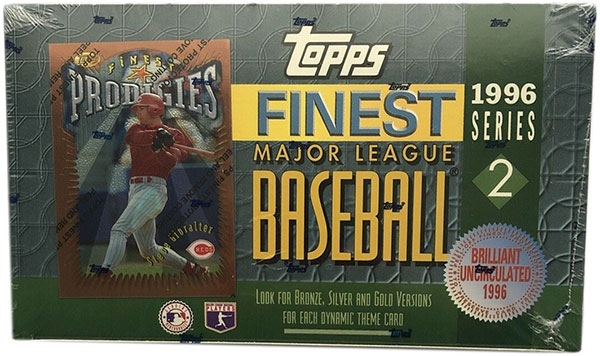 1996 Topps Finest Series 1 ended up being a costly release for Topps. The company advertised in the product’s sell sheet that only 150 copies of each Gold Refractor card would be produced. This was proven not to be the case when one collector managed to buy 220 copies of the Greg Maddux Gold Refractor card. That collector, Dr. Joseph Sentef sued Topps, and ended up receiving an undisclosed settlement from the company outside of court. 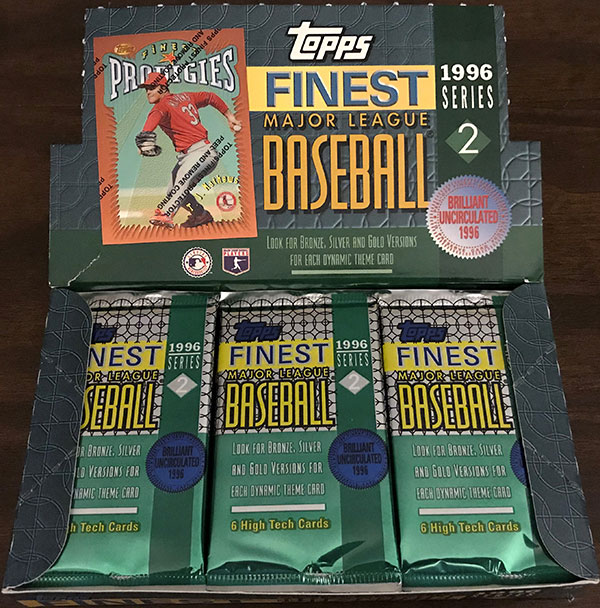 Pack 1 fun fact: Robin Ventura led all third basemen in WAR (46.1) during the 1990s, yet he only made one All-Star team during the decade. 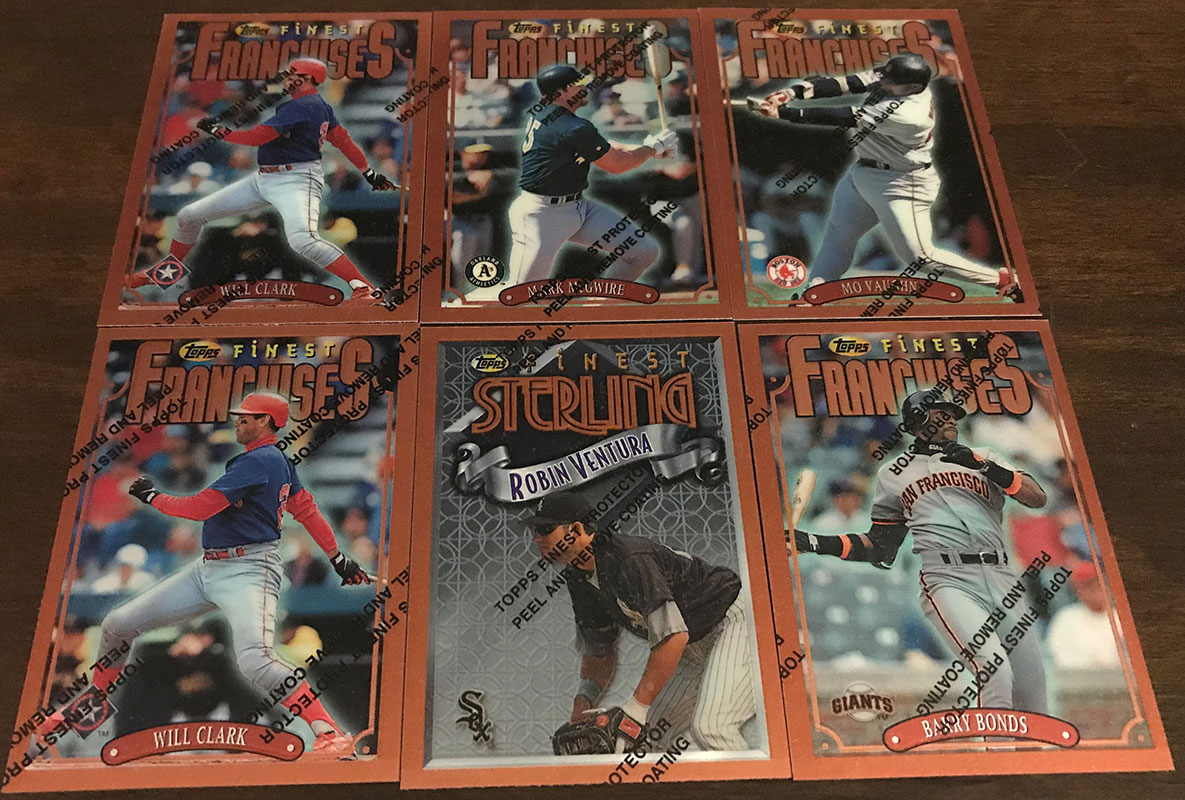 Pack 2 fun fact: In one of the most lopsided deals in MLB history, the Boston Red Sox sent Heathcliff Slocumb to the Seattle Mariners at the 1997 trade deadline in exchange for Derek Lowe and Jason Varitek. 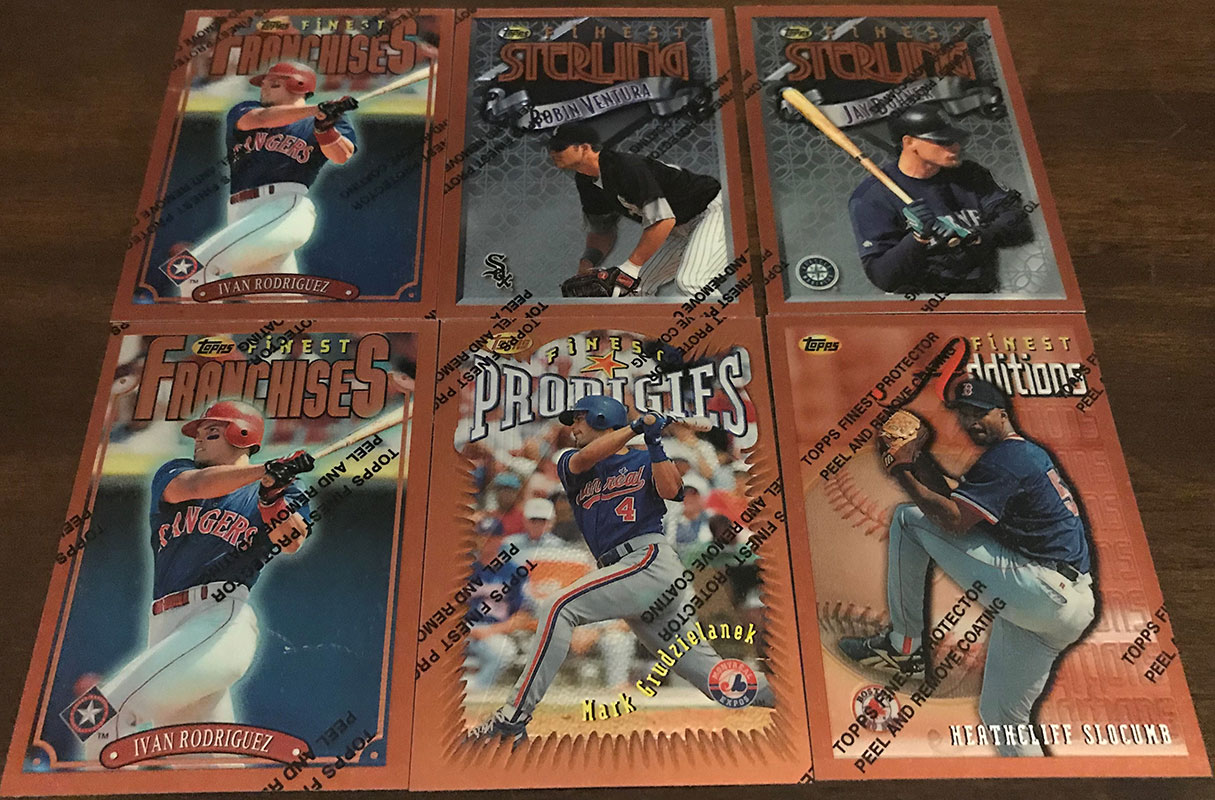 Pack 3 fun fact: Ernie Young played parts of 13 seasons at the Triple-A level and he hit 319 home runs total over the course of a 17-year minor league career. 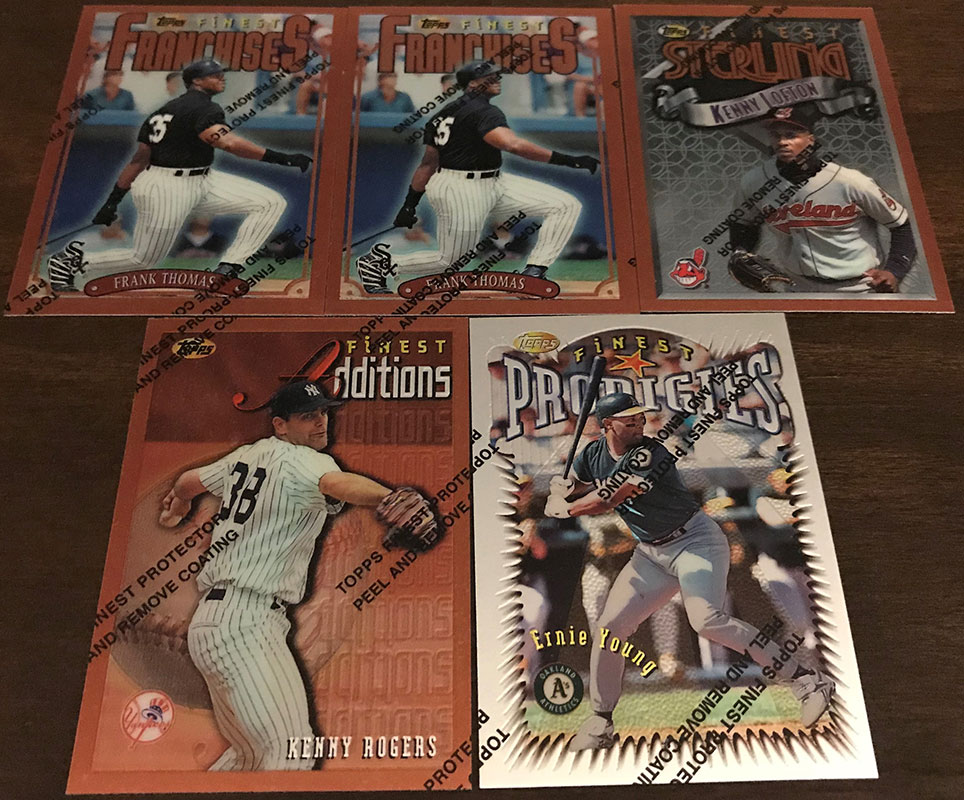 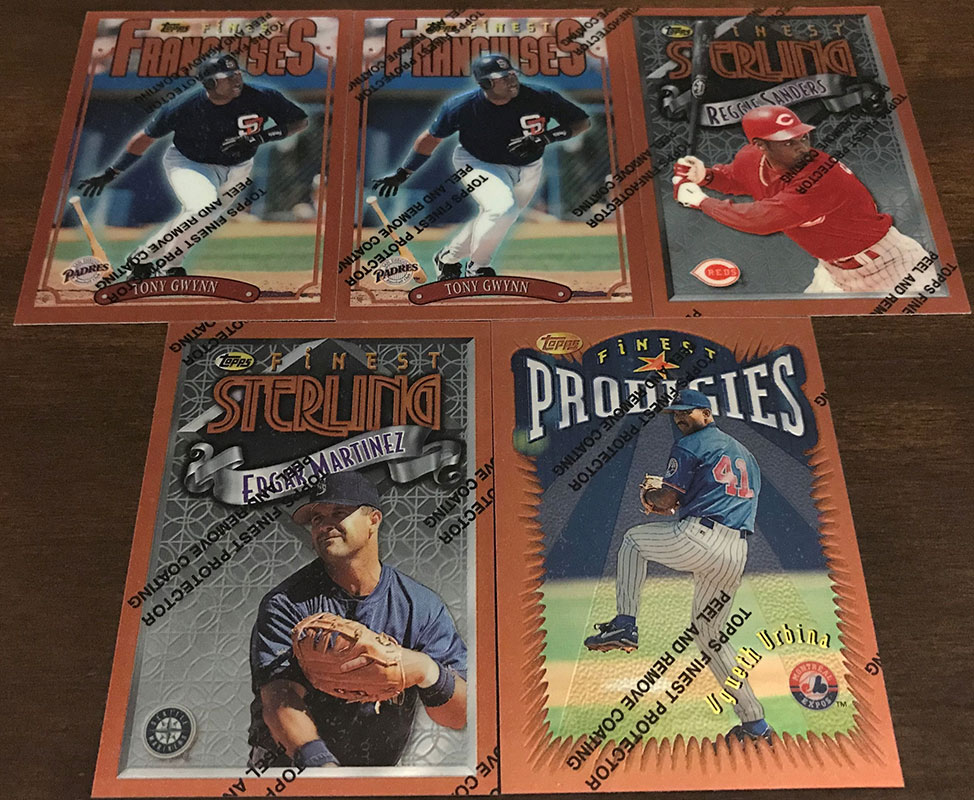 Pack 5 fun fact: Marty Cordova was fresh off AL Rookie of the Year honors in 1995 when he hit .277/.352/.486 with 24 home runs and 20 steals to beat out Garrett Anderson, Andy Pettitte, Troy Percival and Shawn Green for the award. 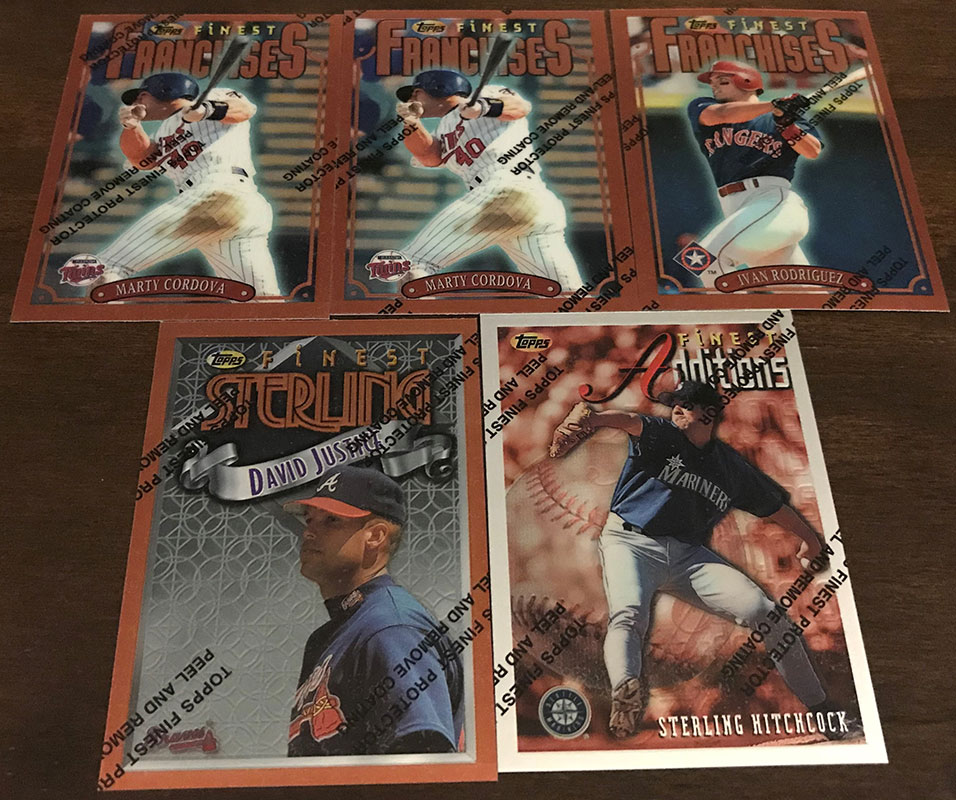 Pack 6 fun fact: Gary Gaetti joined the St. Louis Cardinals for the 1996 season after slugging a career-high 35 home runs with the Kansas City Royals in his age-36 campaign the previous year. 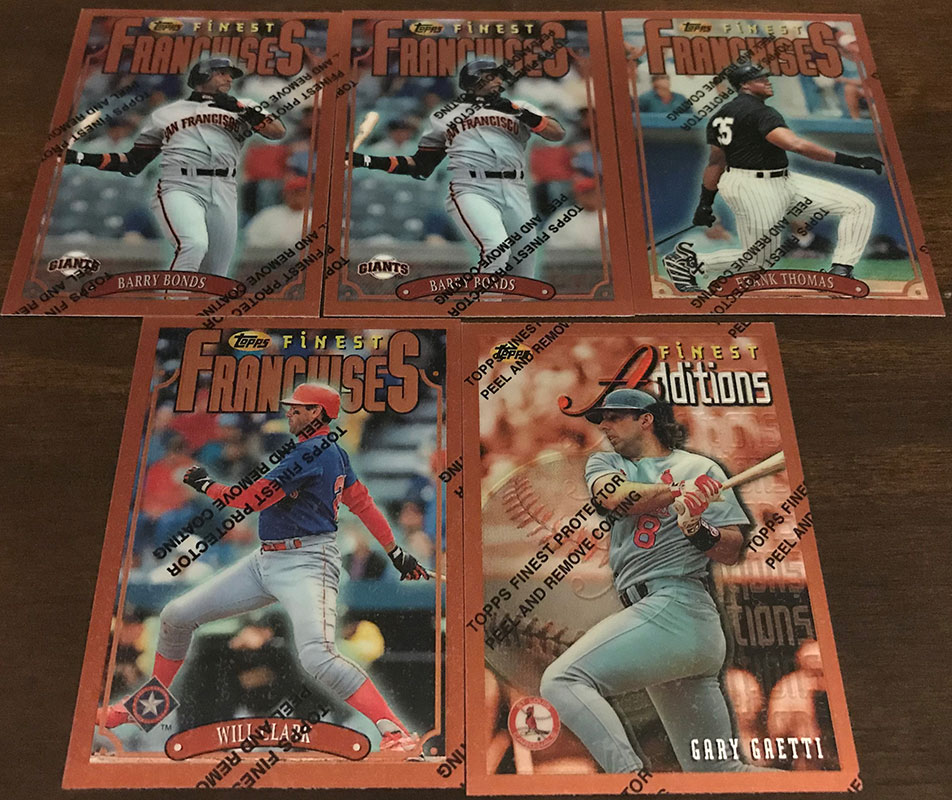 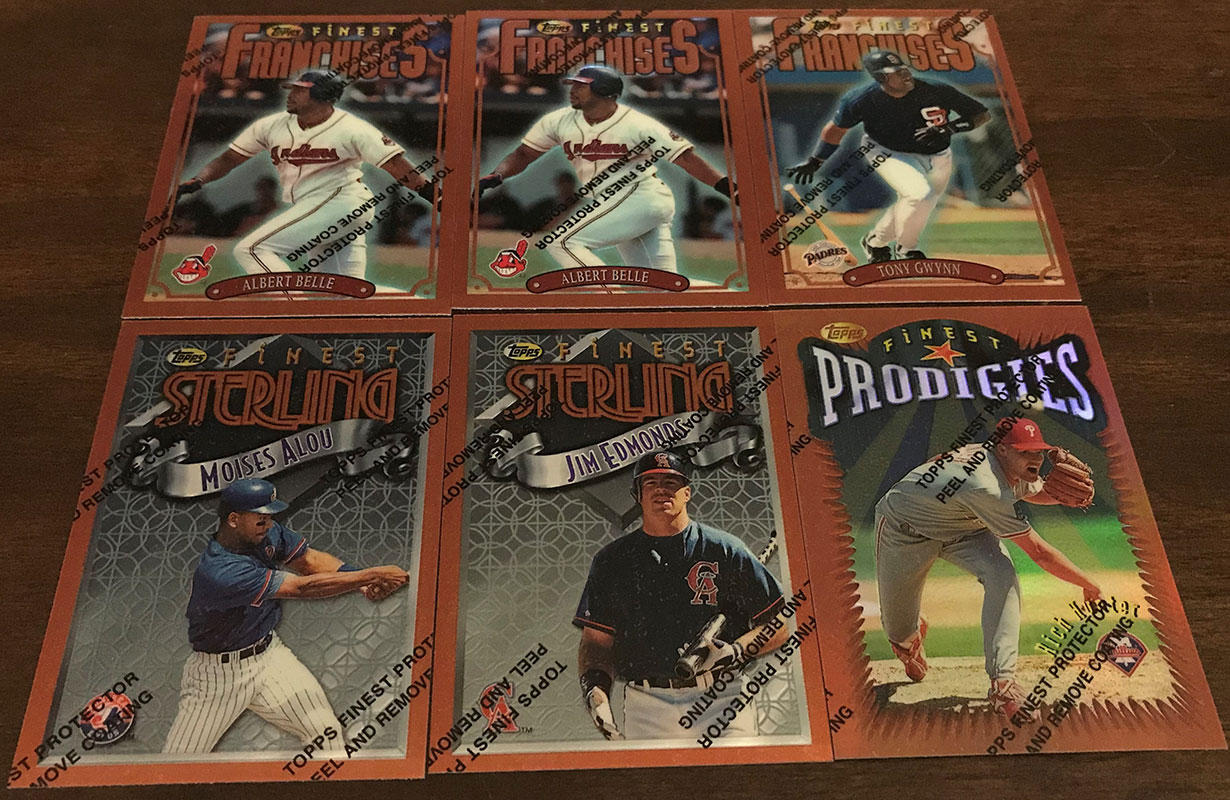 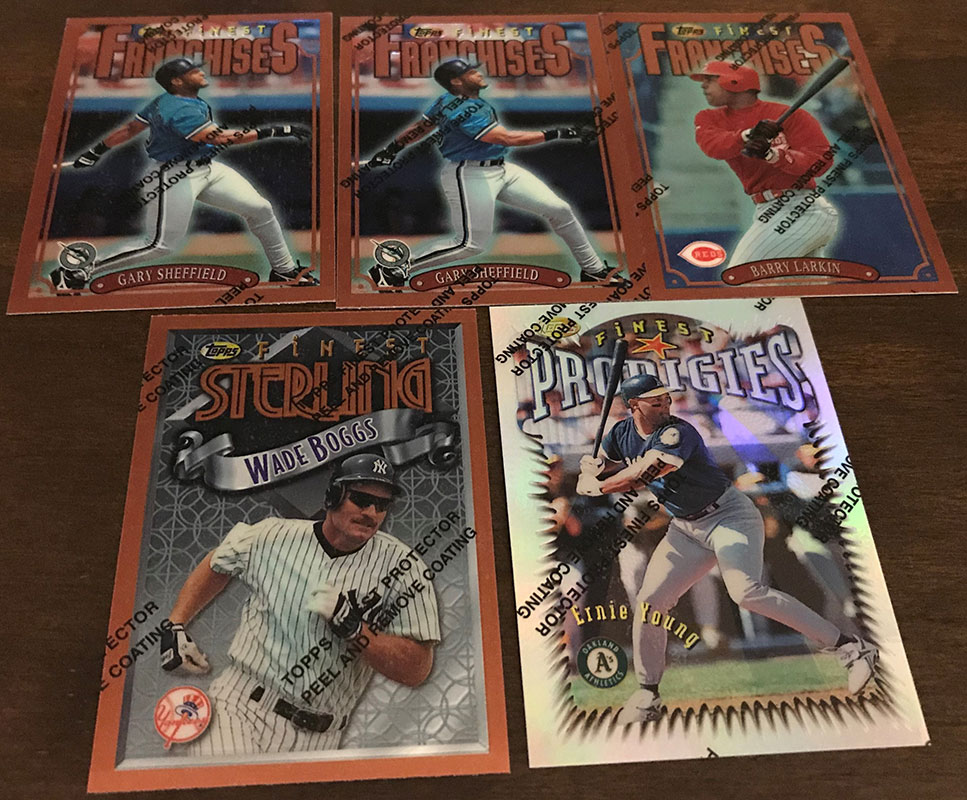 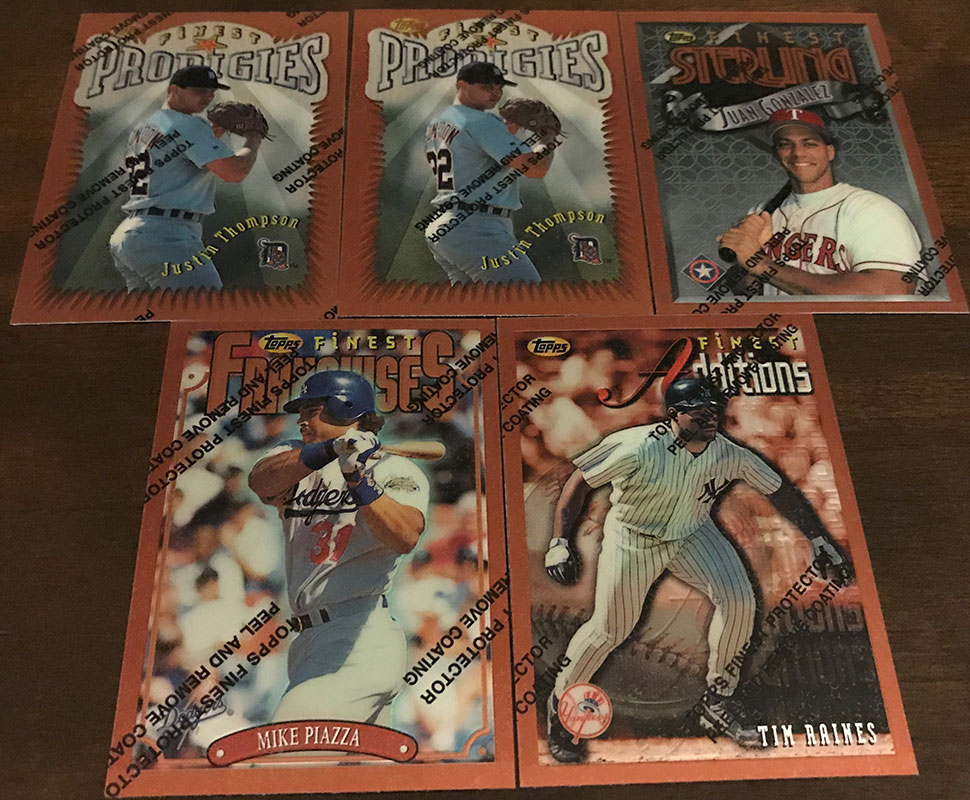 Pack 10 fun fact: Considering Ron Coomer was already 28 years old when he made his MLB debut on Aug. 1, 1995, his inclusion under the “Prodigies” subheader is a bit of a head-scratcher. 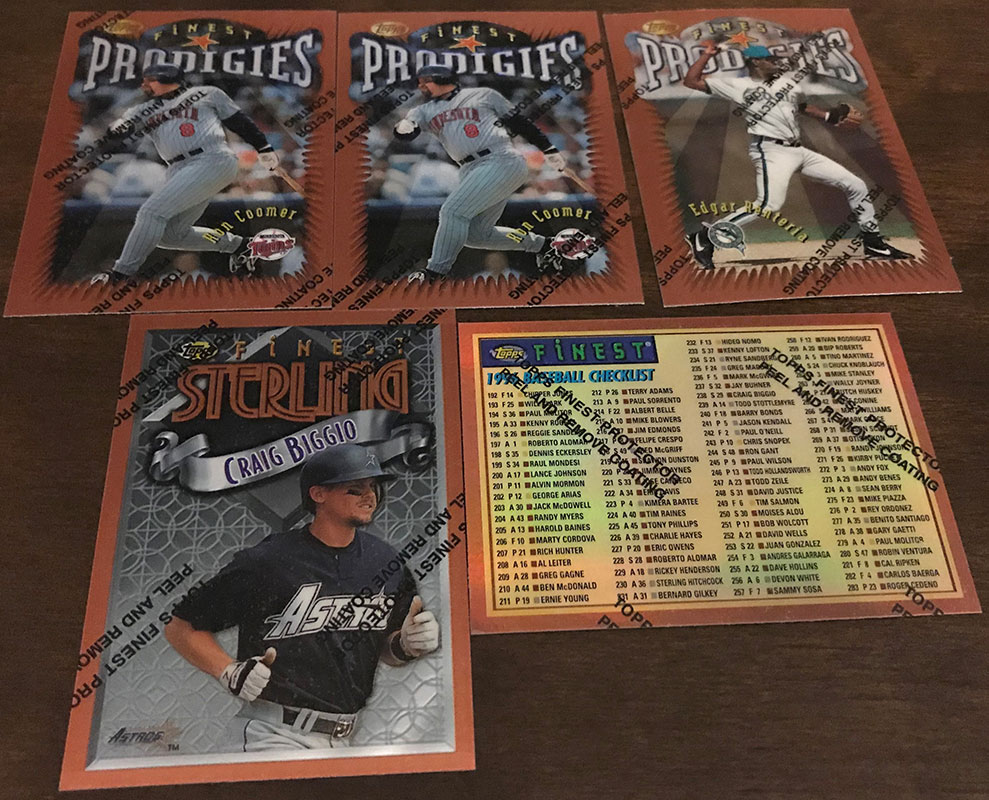 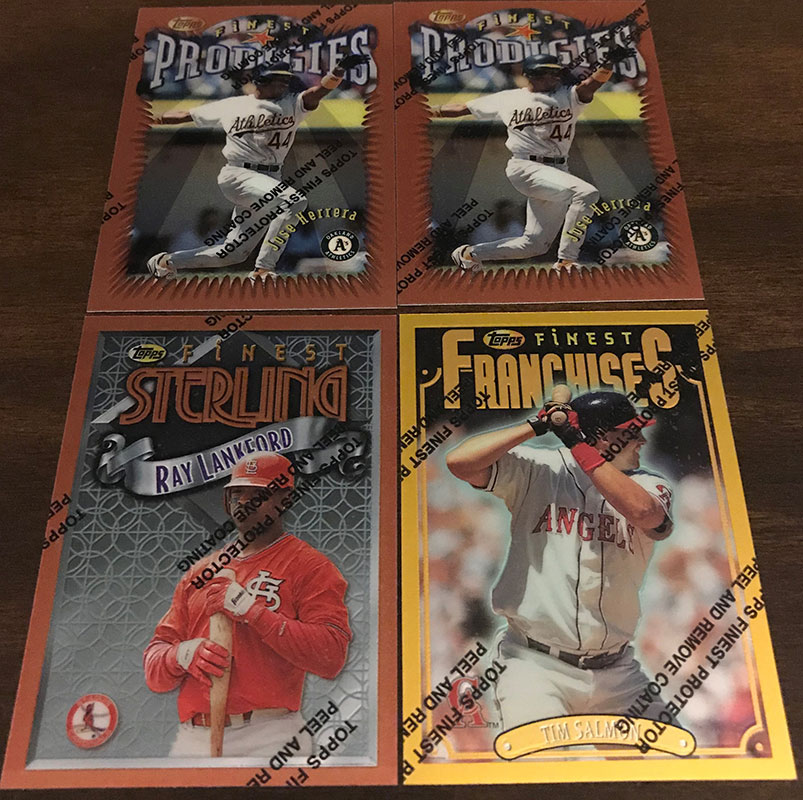 Pack 12 fun fact: In his first season with the St. Louis Cardinals in 1996, Ron Gant hit a team-high 30 home runs for a squad that won 88 games and reached the NLCS. 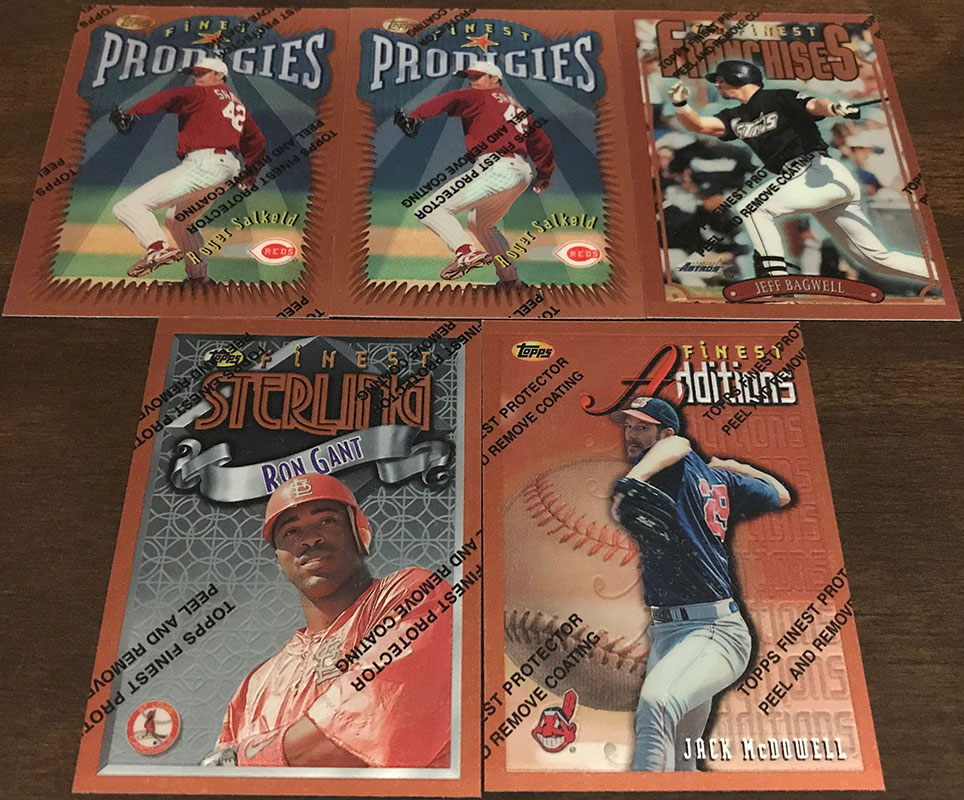 Pack 14 fun fact: Mark Grudzielanek joined Pedro Martinez and Henry Rodriguez as Montreal Expos players on the NL All-Star team in 1996. He hit .306 with 33 steals and 99 runs scored in what was his first full season in the majors. 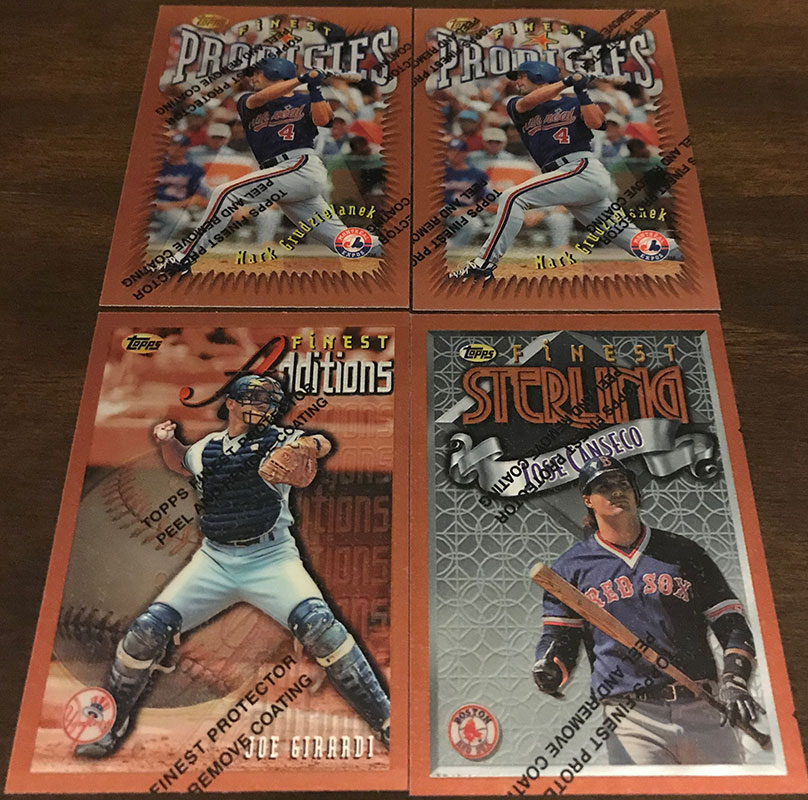 Pack 15 fun fact: Dan Naulty had a 5.18 ERA in eight starts and 36 relief appearances at Triple-A in 1995, so his inclusion in this set was surprising. He had a 4.54 ERA in 130 relief appearances over the course of a four-year MLB career. 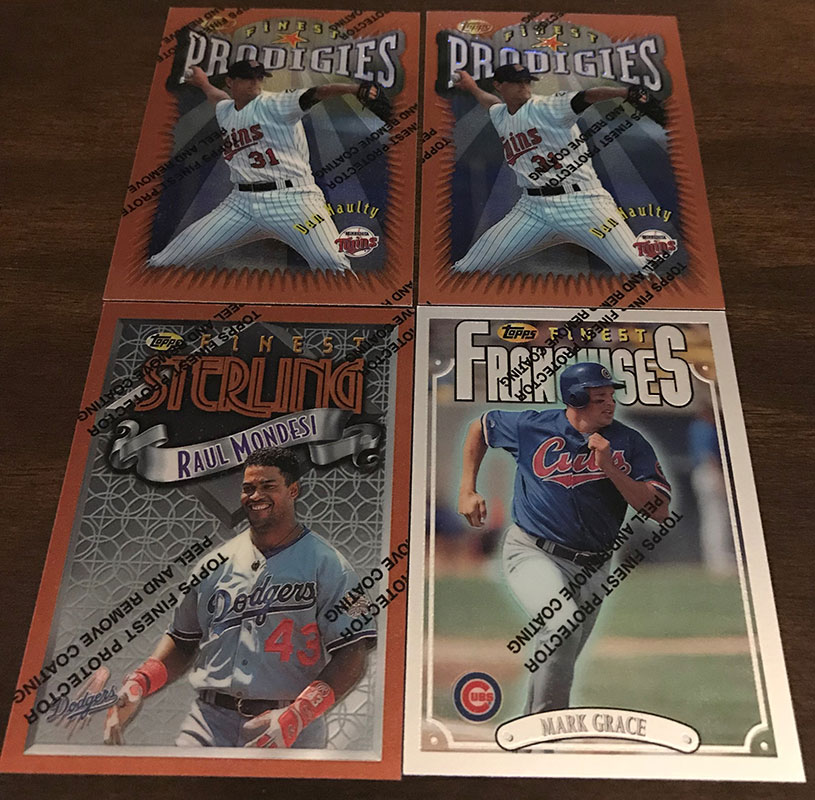 Pack 16 fun fact: Cecil Fielder was traded to the New York Yankees at the 1996 trade deadline in exchange for Ruben Sierra and Matt Drews. He hit 13 home runs in 53 games following the trade and went on to win a World Series title that October. 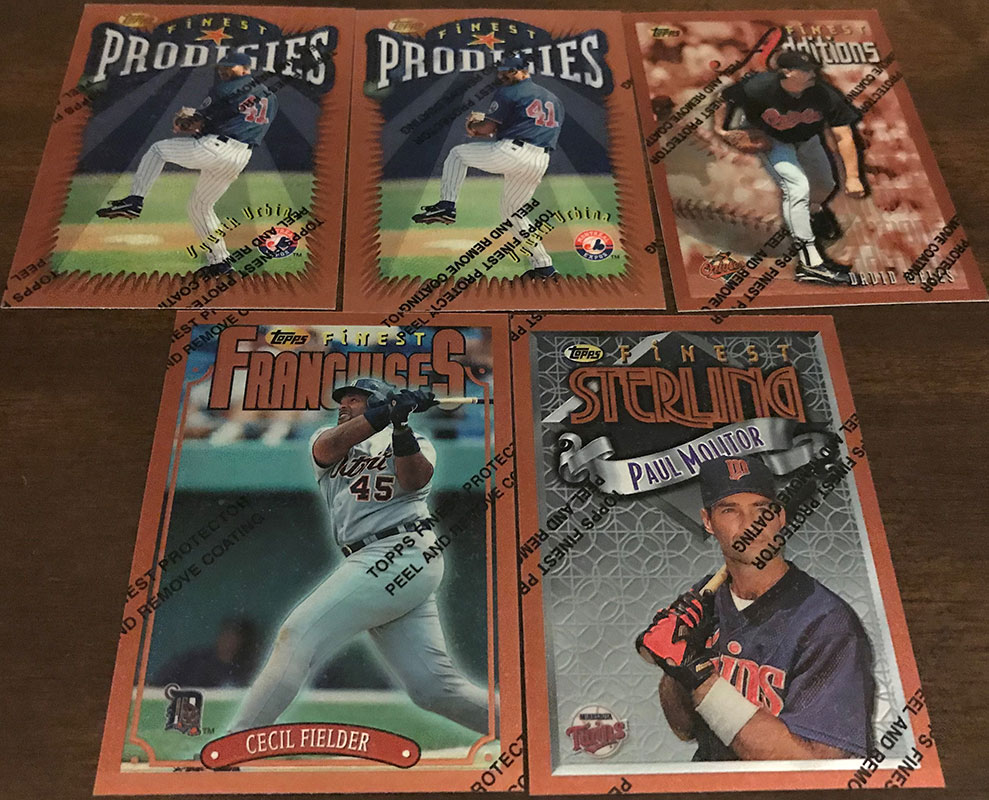 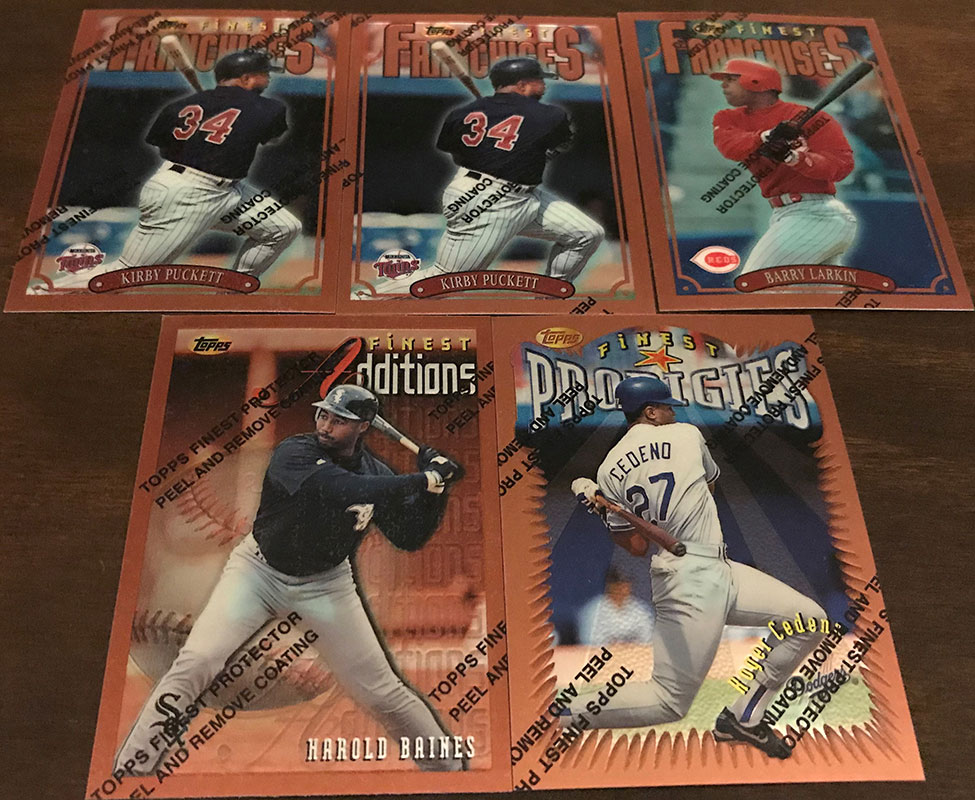 Pack 18 fun fact: Rey Ordonez finished fifth in NL Rookie of the Year voting in 1996, then rattled off three straight Gold Glove wins as a no-bat, all-glove shortstop for the New York Mets. 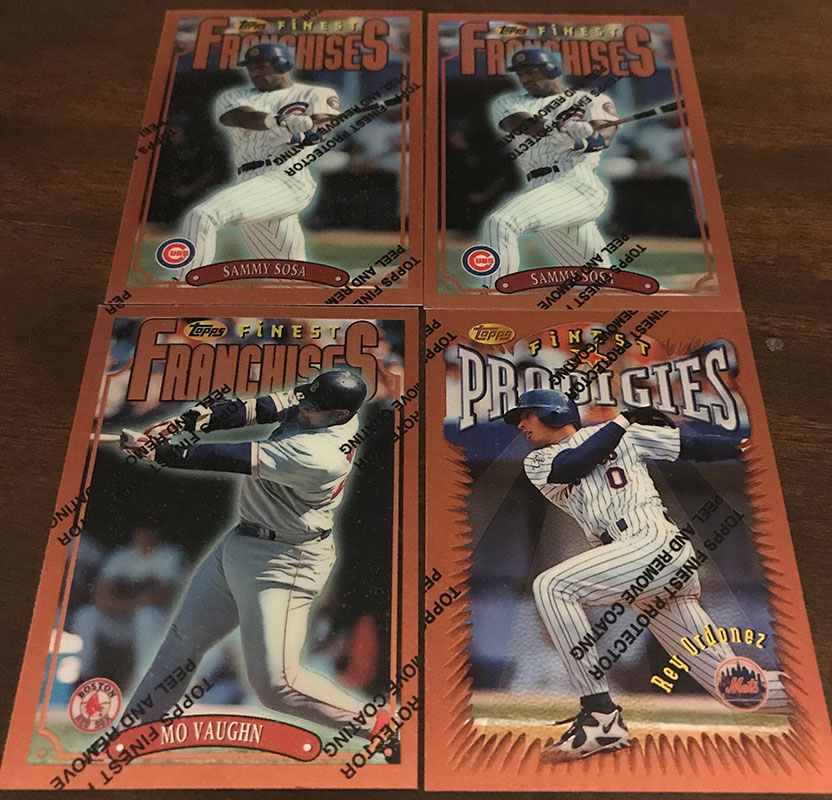 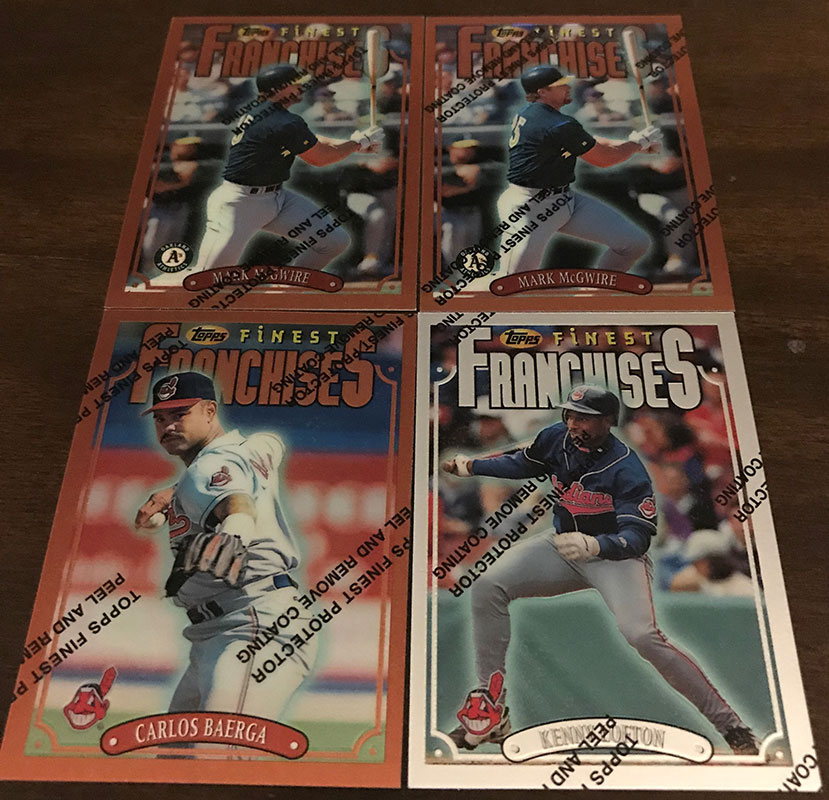 Pack 22 fun fact: After pitching eight combined innings in the majors in 1994 and 1995, Chan Ho Park served as a valuable swingman for the Los Angeles Dodgers in his first full season. He posted a 3.64 ERA with 119 strikeouts in 108.2 innings spanning 10 starts and 38 relief appearances. 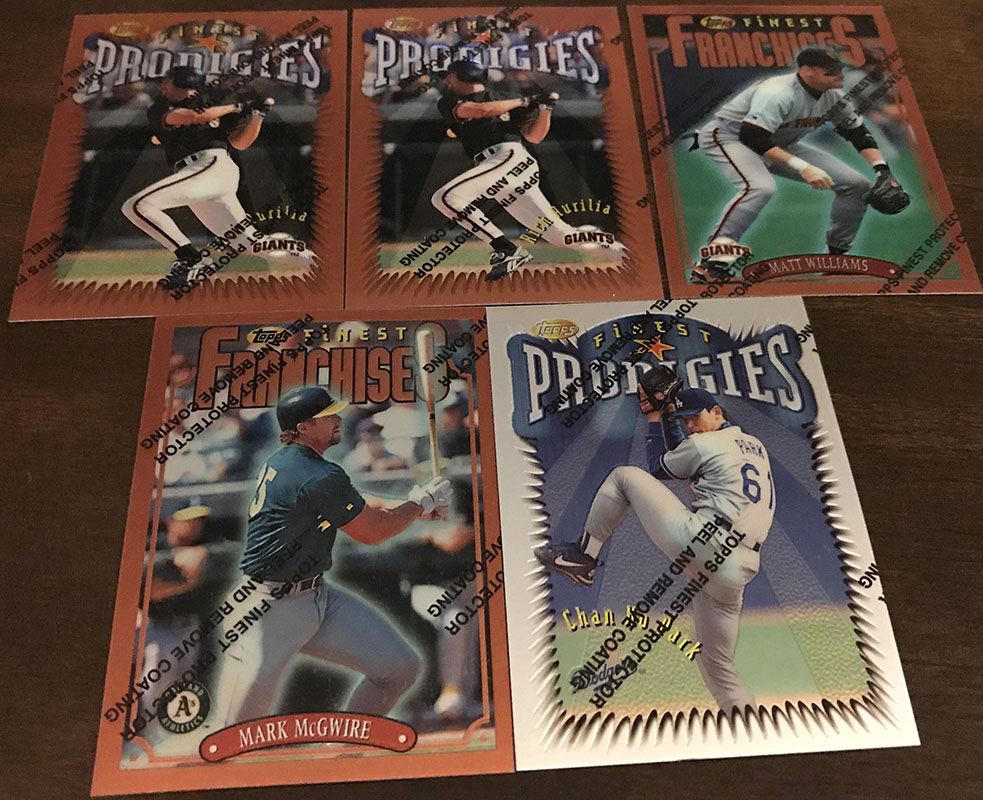 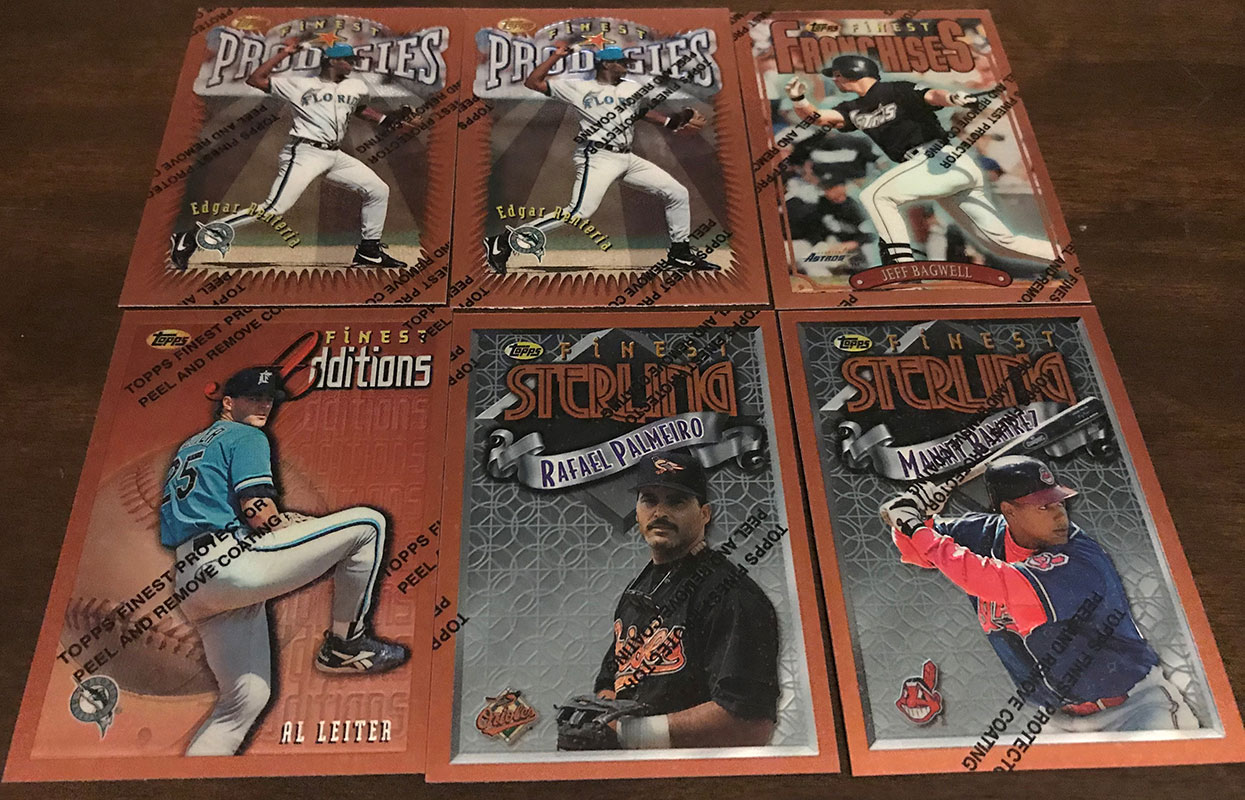 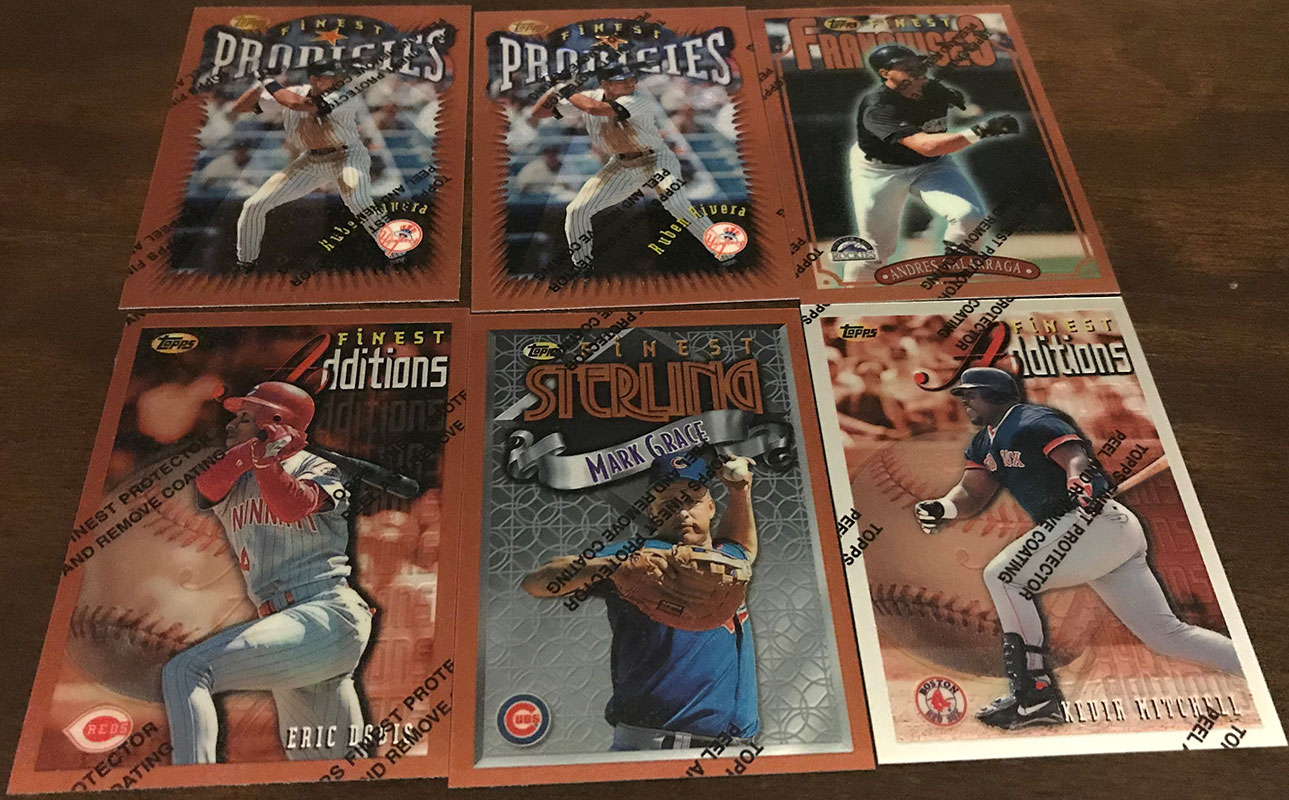 Lastly, a card back. As you can see, Topps used quite the numbering system for this one. This Rich Hunter card was overall card #207, the 21st card in the Prodigies set, and a bronze card which made it “common.” Silver cards received an “uncommon” label, and gold cards are labeled “rare.” 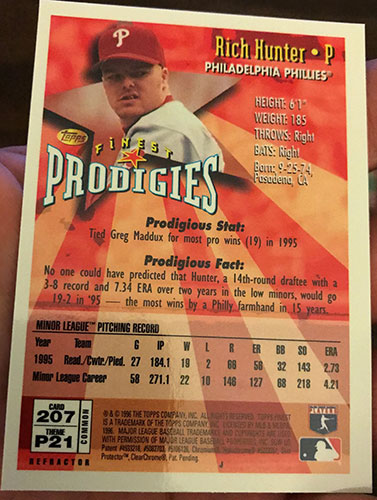 I have always been a big fan of Finest. My favorite subset, by far, in this release is Sterling. These are, without a doubt, the best looking base cards in the set. The Silver and Gold cards are also really nice. Throw in some Refractors and we really have something here.

That really only leaves one question. The protective coating. Are you a peeler or a non-peeler? I choose to leave the coating intact, but it certainly is tempting.