Sometimes boxes are so cheap that it just doesn’t make sense to say no. That was the case with this box of 1993 Donruss Series 1 Baseball, as my local card shop had a fire sale on all his older unopened product. I paid just $4, and it was one of many different products I bought that day! 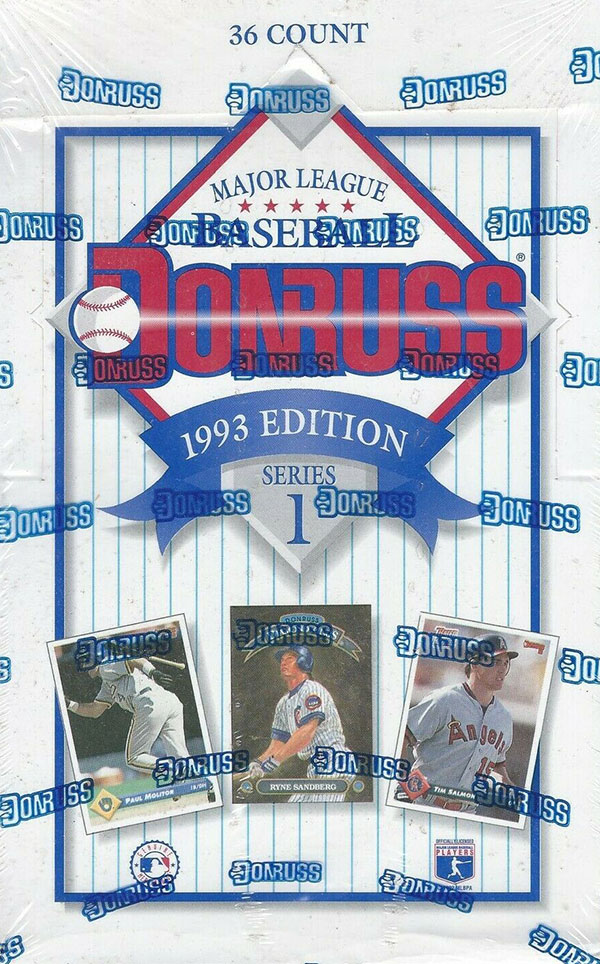 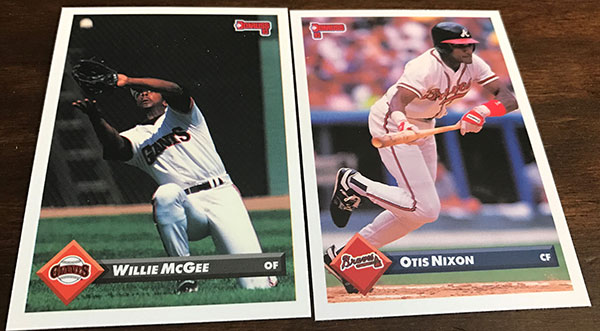 Pedro Martinez (you don’t even want to know how many copies of this card I own. Fine, I now have 53 copies) & Ozzie Guillen 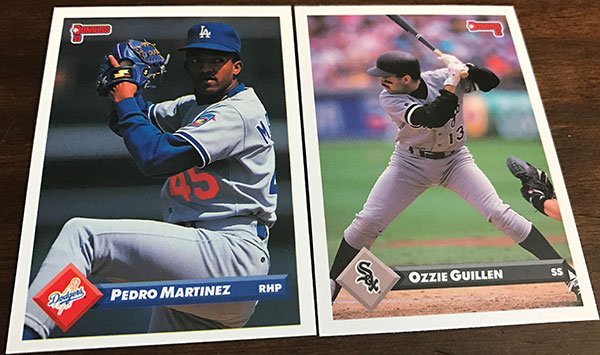 One of the best switch-hitters of all-time, Eddie Murray, & Tino Martinez 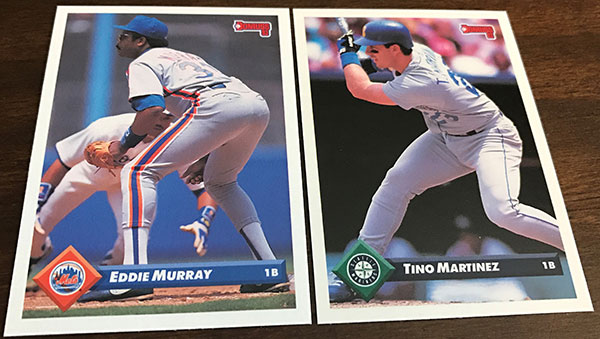 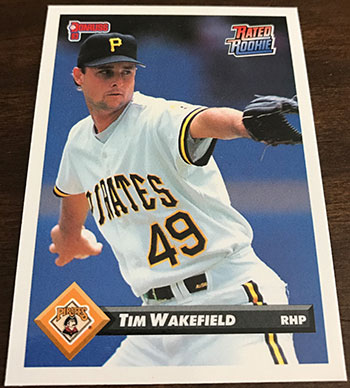 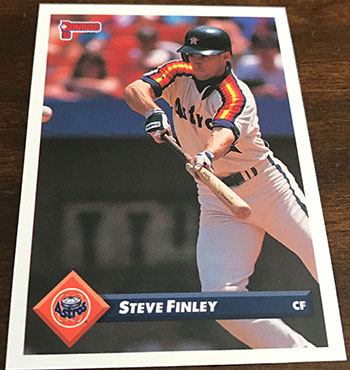 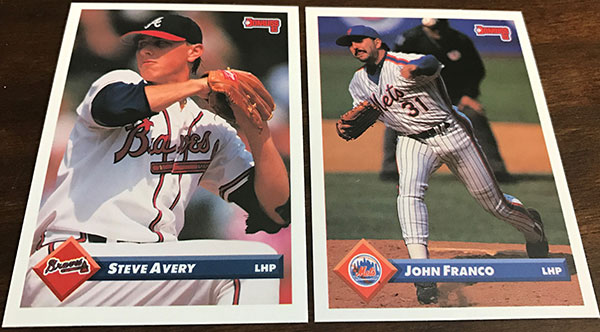 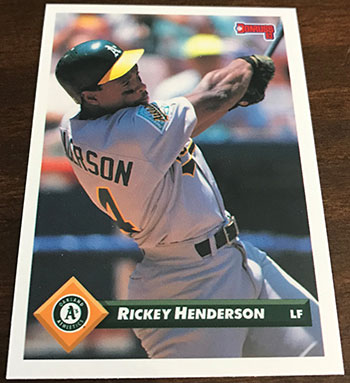 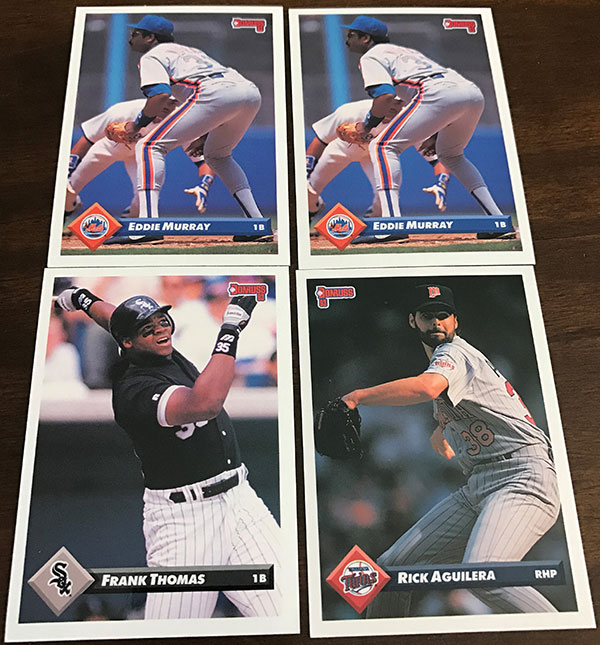 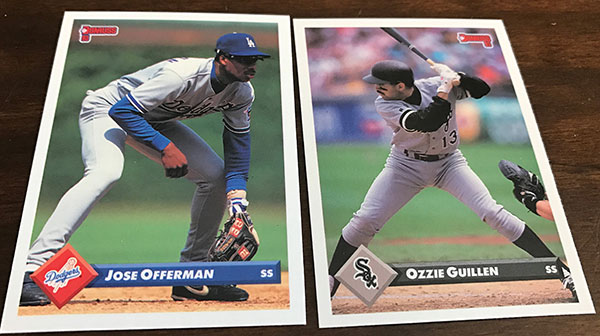 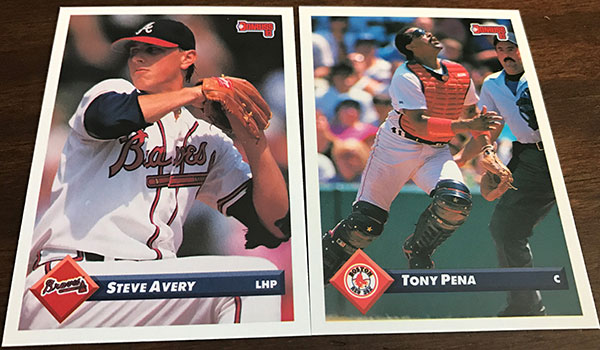 Bret Saberhagen, Mike Greenwell (who, at one point, lived at the Howard Johnson hotel across the street from Fenway Park) & Roger Clemens

Matt Williams & Carlos Baerga Diamond Kings. The Diamond Kings inserts are really the realistic “chase” of this set for me. I say realistic because the Elite inserts are a very tough pull. Art-based cards have always been a favorite of mine, and these do not disappoint. 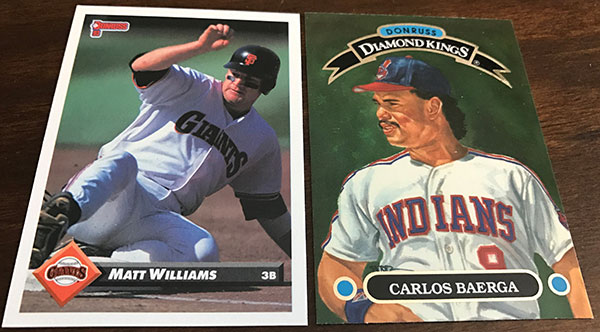 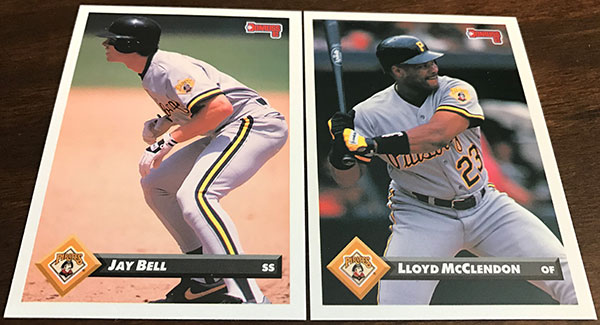 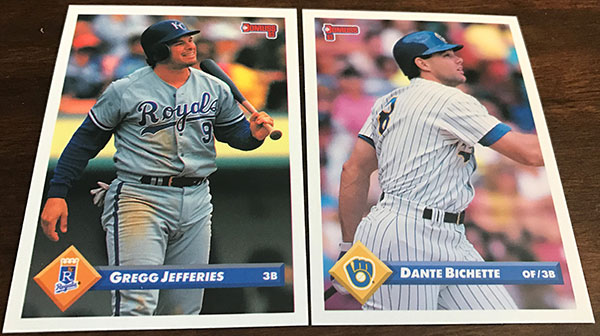 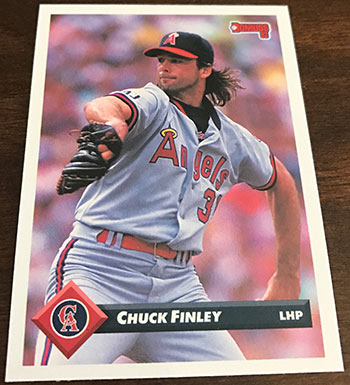 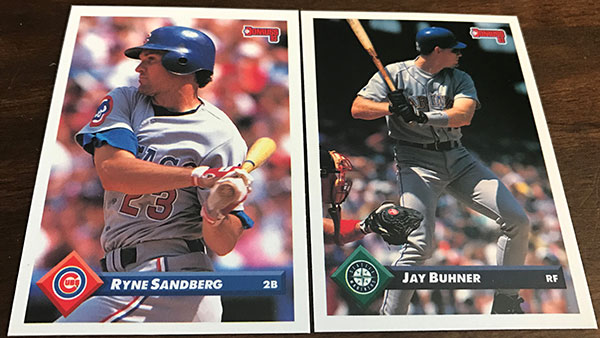 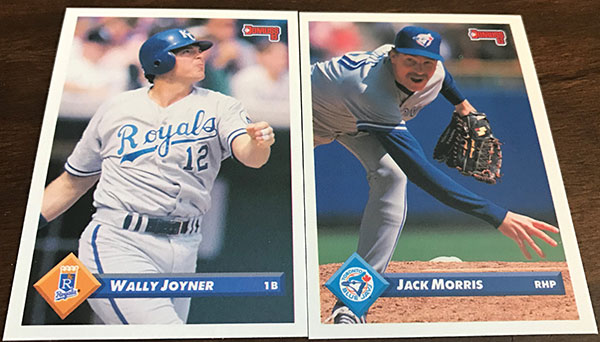 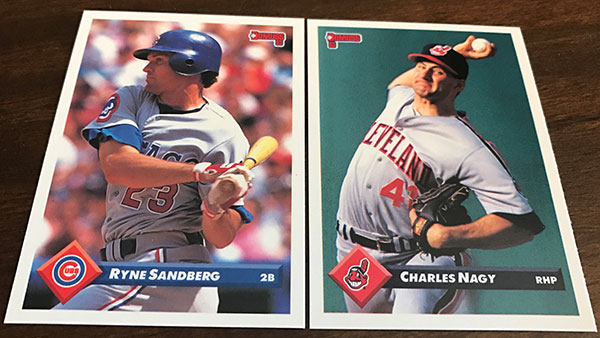 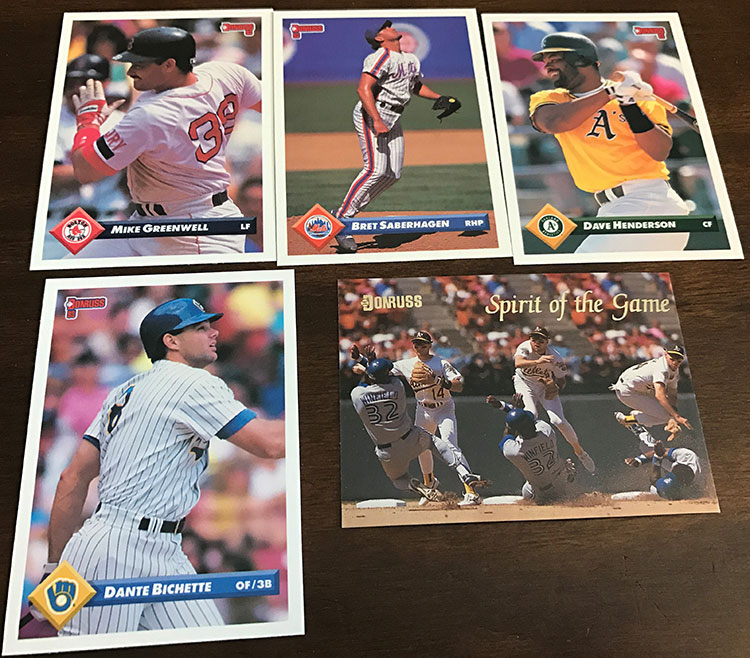 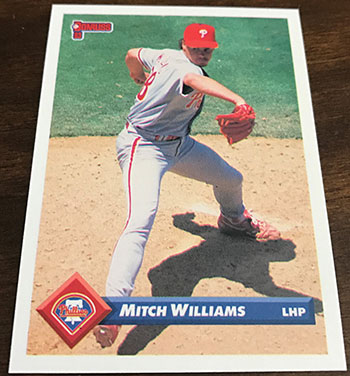 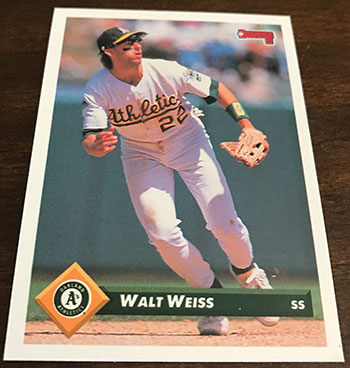 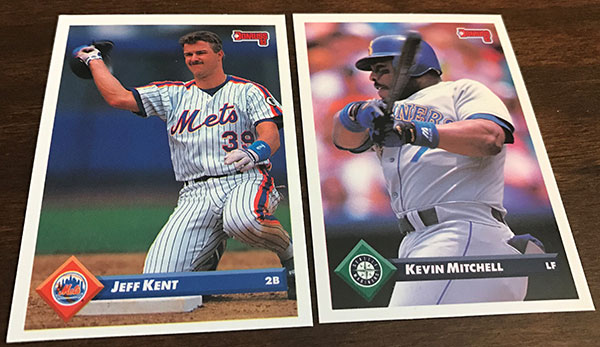 Darryl Strawberry, Jose Canseco, Deion “Prime Time” Sanders (if you haven’t seen the 30 for 30 documentary on Deion, find it and watch it. It goes in depth into Sanders’ playing on both the Falcons and the Braves in 1992), Tony Pena & Ryne Sandberg Diamond Kings 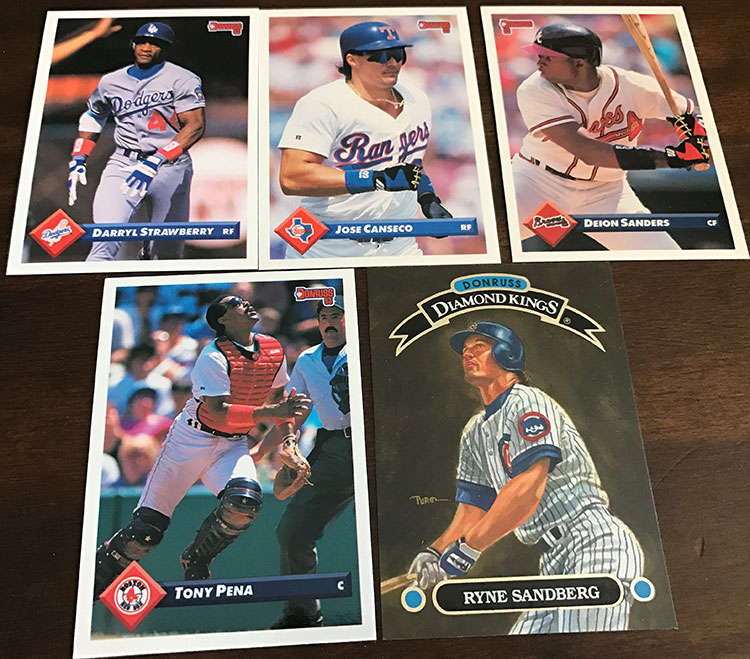 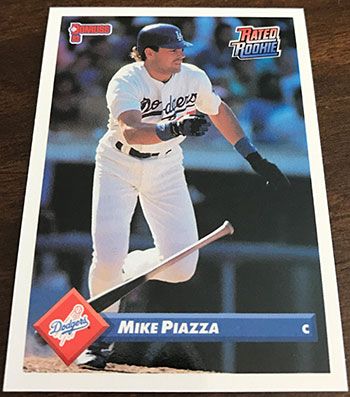 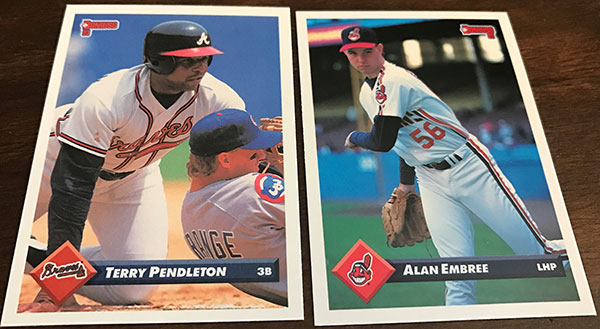 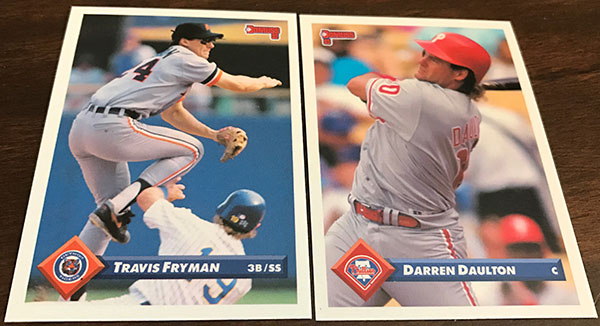 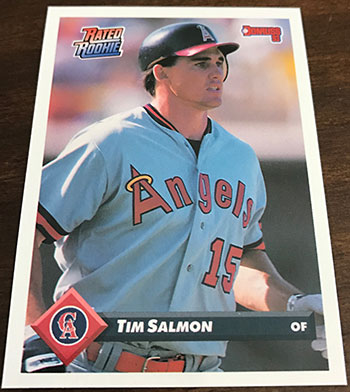 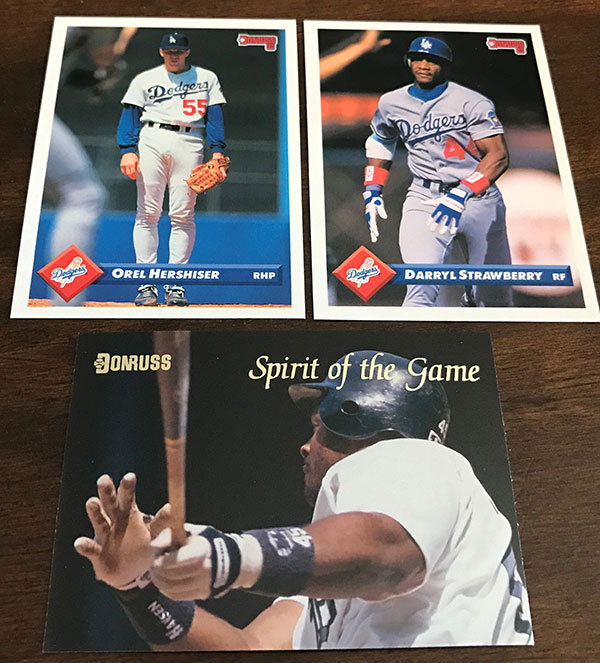 You know what you are getting with 1993 Donruss. Some fun cards are on the checklist, especially the Diamond Kings inserts. Obviously, the chase in these boxes is hitting an Elite insert. It’s always fun to try!

Shop for 1993 Donruss Baseball cards on: