Following a fairly uninspired debut in 1991, Fleer completely overhauled the look of Ultra for its 1992 release. The base cards feature a marble accent along the bottom, as well as good foil stamping and gloss. The redesign was very popular with collectors and made 1992 Fleer Ultra Baseball one of the more successful releases of the year. 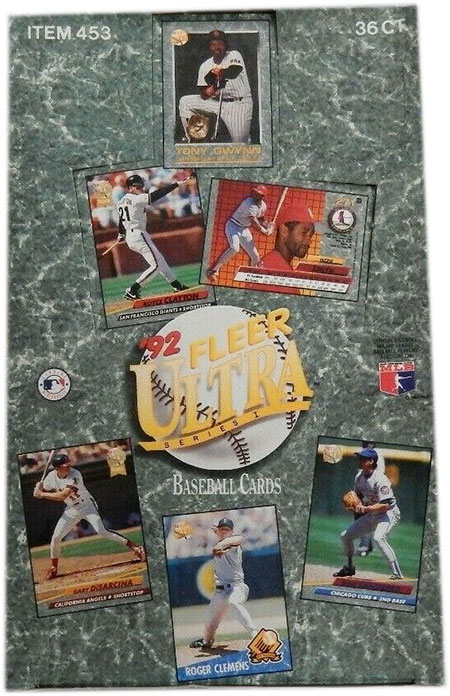 The product was split into two series, each containing 300 cards. Each series includes different insert sets. While Series 2 features All-Stars and All-Rookies, Series 1 contains Award Winners inserts and another highlighting Tony Gwynn. As an added chase for collectors, Gwynn autographed 2,000 cards. Today, these Gwynn autographs typically sell for over $50.

Pack 1 fun fact: Still listed as a catcher here, Craig Biggio played three games at second base in 1991 before making the full-time move to the keystone in 1992. 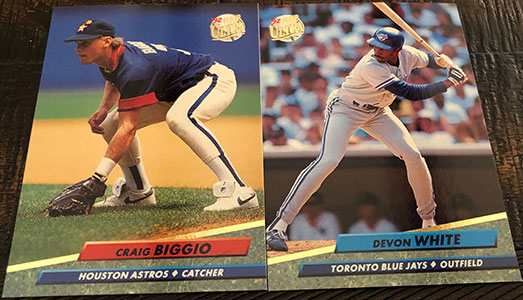 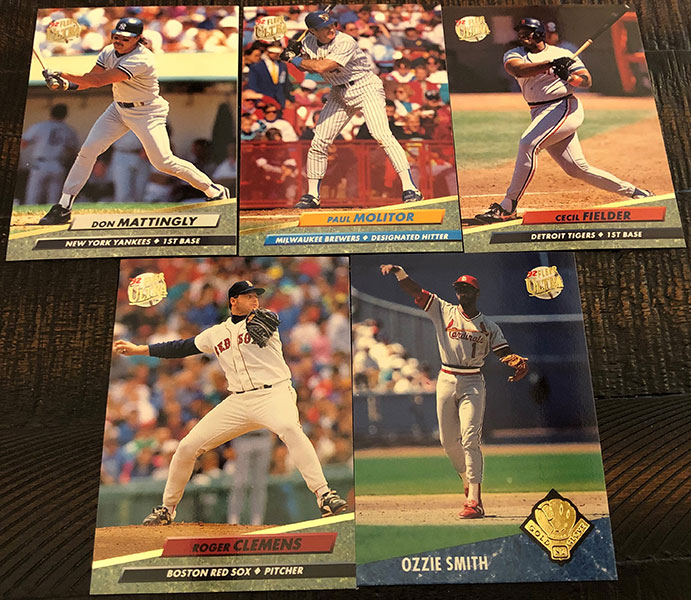 Pack 5 fun fact: Jose Canseco tied with Cecil Fielder for the AL lead with 44 home runs in 1991. No one else broke the 40-homer mark that season. 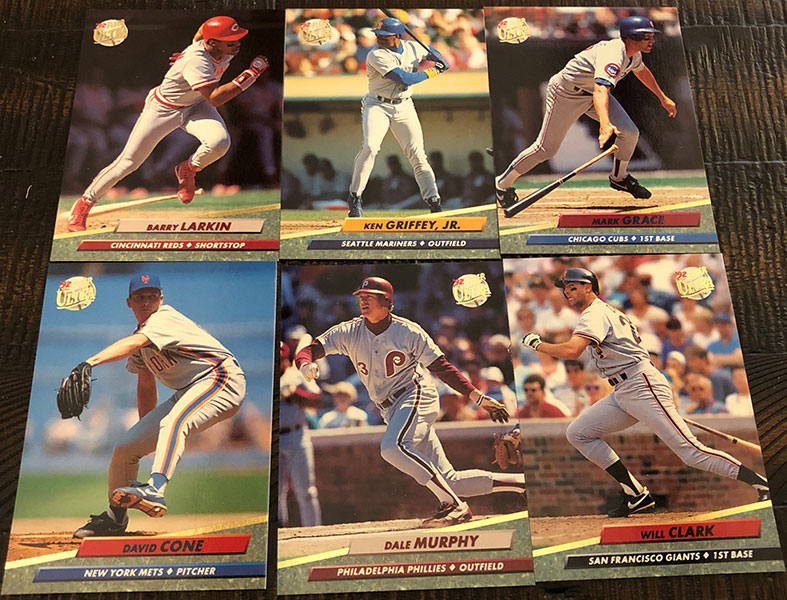 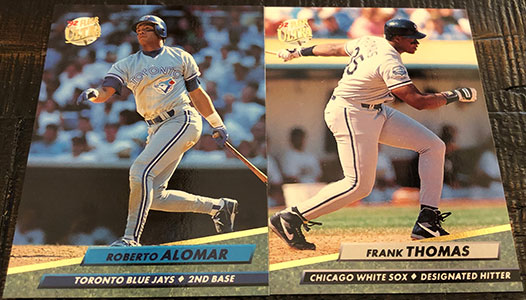 Pack 9 fun fact: The Dodgers signed Darryl Strawberry prior to the 1991 season. His five-year, $20.25 million contract made him the second-highest paid player in baseball at the time.

Pack 13 fun fact: In his first four seasons with the Tigers after a brief stint in Japan, Cecil Fielder averaged 40 home runs and 126 RBI while posting a 135 OPS+. His peak was brief, but one of the most impressive of the 1990s. 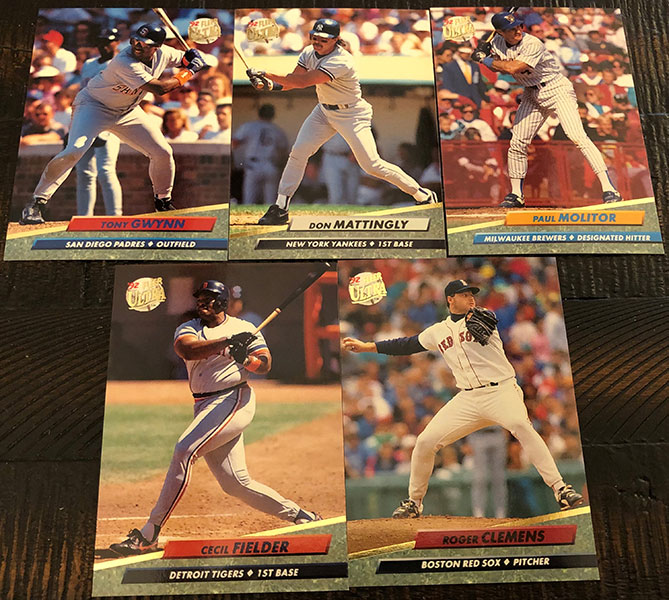 Pack 15 fun fact: Ray Lankford finished third in NL Rookie of the Year voting in 1991, behind Jeff Bagwell and Orlando Merced. His 15 triples led the NL and he stole 44 bases in 64 attempts. 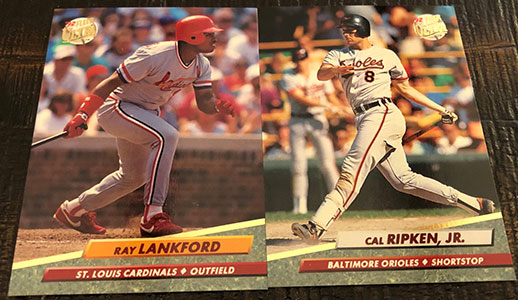 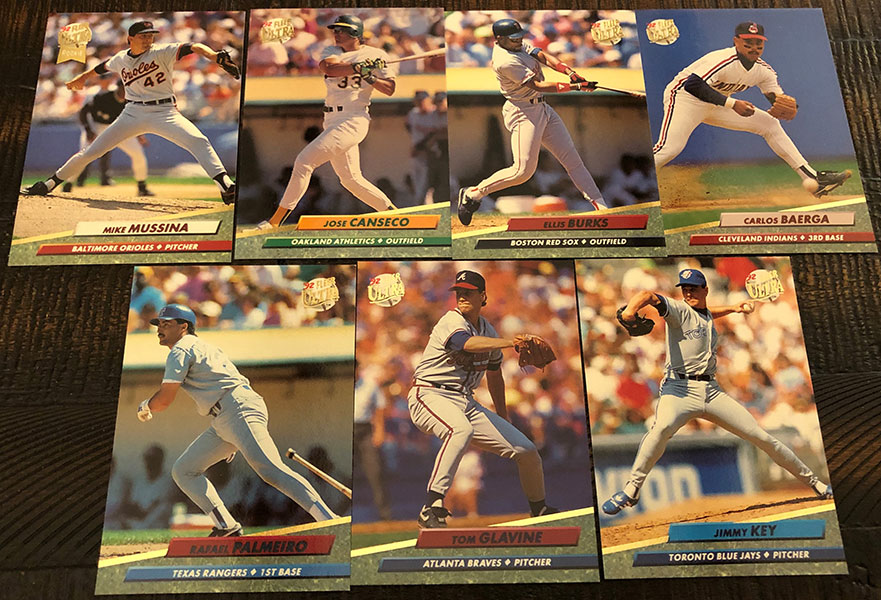 Dante Bichette, Devon White & Dwight Evans. As a Red Sox fan, it is very strange to see Evans in an Orioles uniform. 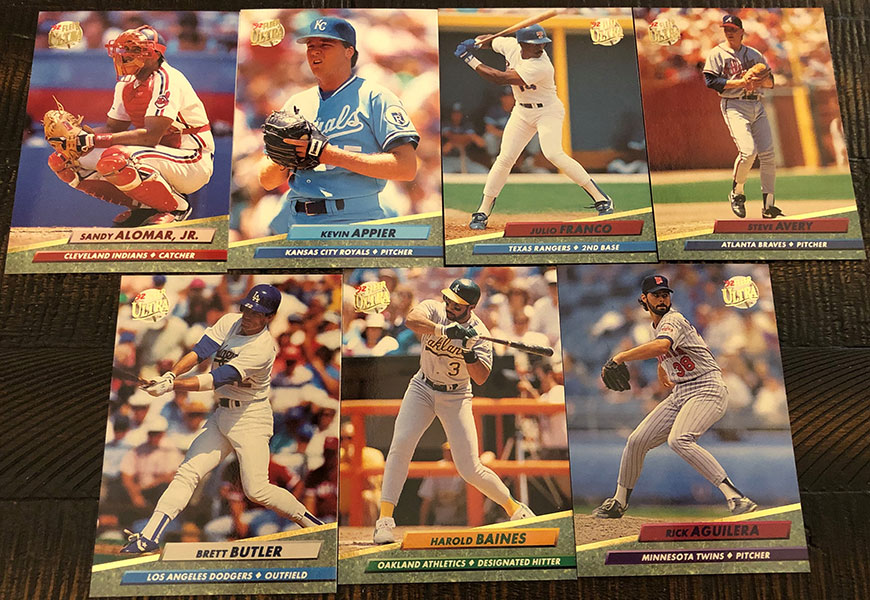 Pack 21 fun fact: Mike Greenwell had the most RBI (83) of any player with fewer than 10 home runs during the 1991 season, going deep just nine times in 598 plate appearances. 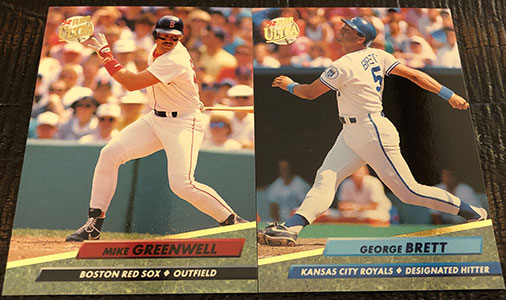 Pack 27 fun fact: Andy Van Slyke won his fourth of five straight Gold Glove Awards in 1991. He lined up alongside Barry Bonds and Bobby Bonilla in the outfield for a 98-win Pirates team. 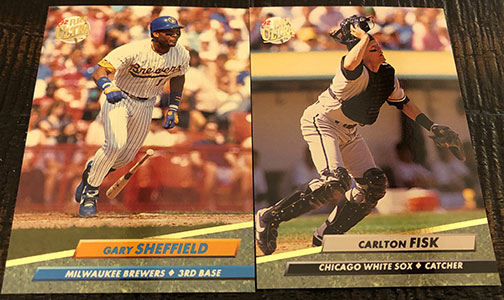 Pack 29 fun fact: Curt Schilling spent his lone season with the Astros pitching in relief, posting a 3.81 ERA with eight saves and five holds in 56 appearances. He was traded to the Phillies for Jason Grimsley on April 2, 1992. 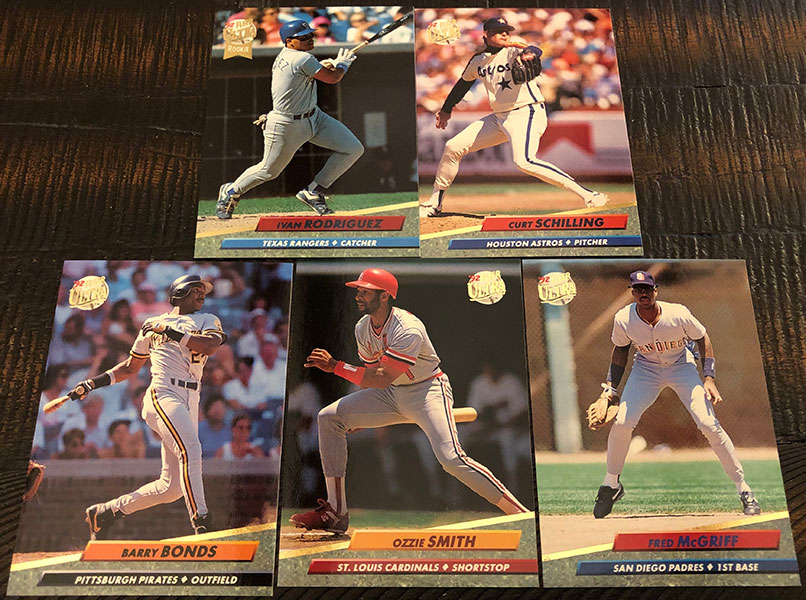 Pack 31 fun fact: Terry Pendleton won the NL batting title (.319 BA) while also leading the league in hits (187) and total bases (303) to emerge as one of the most unexpected MVP winners in MLB history in 1991. 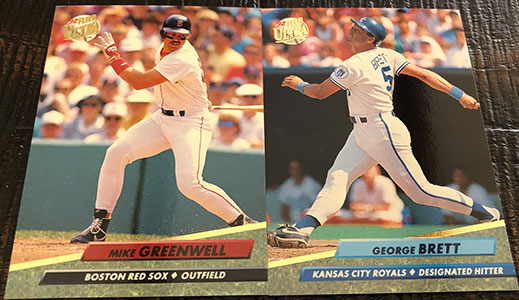 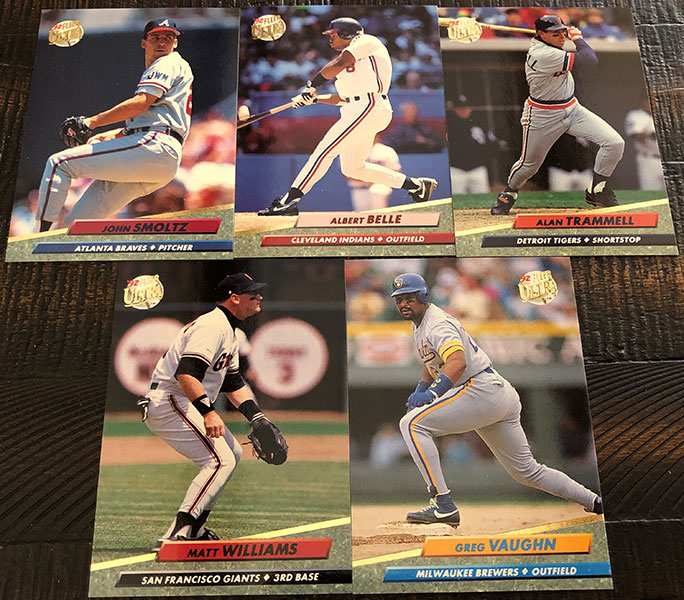 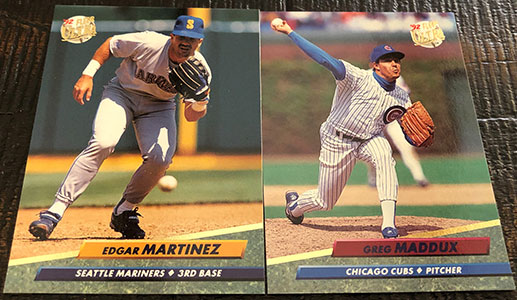 Lastly, the Nolan Ryan card back. Just like their 1991 set, the backs featured multiple player photos. 1991 actually had three different photos on the backs. 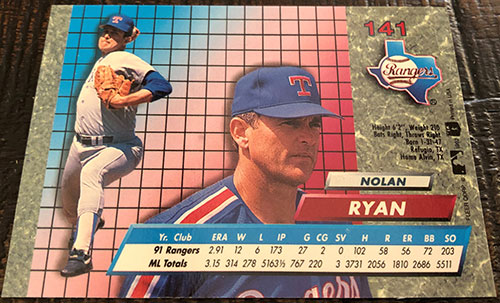 Strange that I didn’t pull any of the Tony Gwynn insert cards. Based on odds, most boxes should have two or three of them. Still, this was a fun break that was loaded with big names. I actually do like the base card design and the Award Winners inserts are attractive with the added gold foil.

Shop for 1992 Fleer Ultra Baseball on: