Chauncey Leopardi, aka Squints from the Sandlot, Signs Topps Cards at the National

Chauncey Leopardi, who collectors might know as Michael “Squints” Palledorous from The Sandlot, made an appearance at the Topps booth at the 2018 National Sports Collectors Convention. He met with fans and signed a card special for the show. 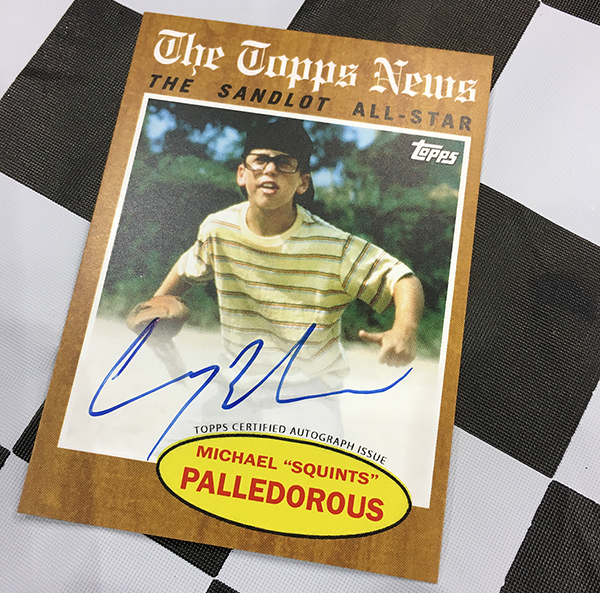 Leopardi was happy to greet fans and sign the cards on the spot. 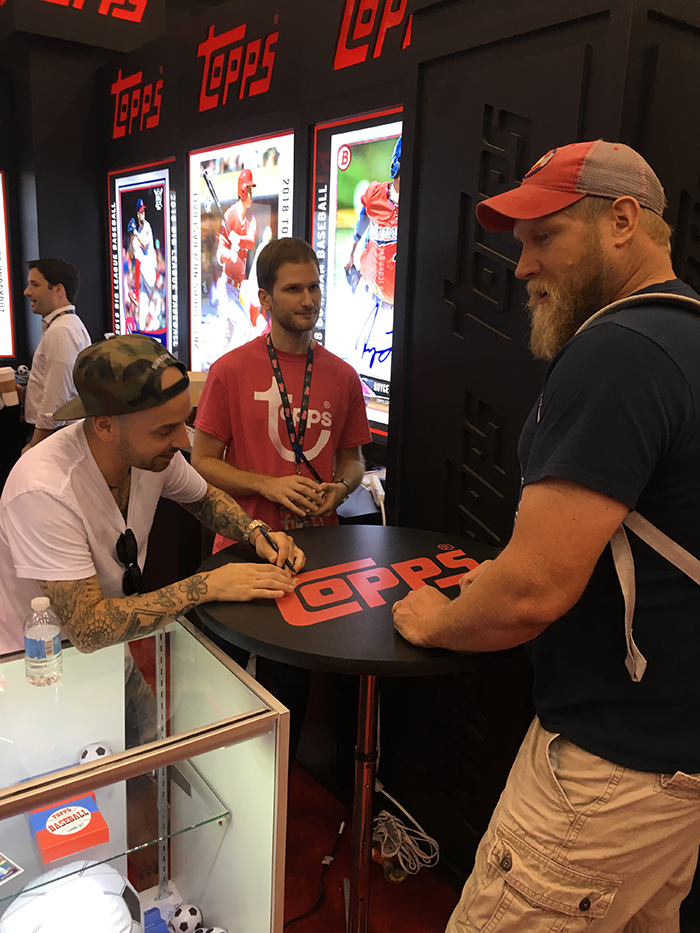 The card is similar to The Sandlot autographs coming to 2018 Topps Archives Baseball. Leopardi’s National autograph is numbered NSCC on the back. It also mention the 2018 National Sports Collectors Convention on the back.

Done in the style of 1962 Topps, it’s similar in design to the inserts and autographs slated for 2018 Topps Archives, which is scheduled to come out in mid-August.