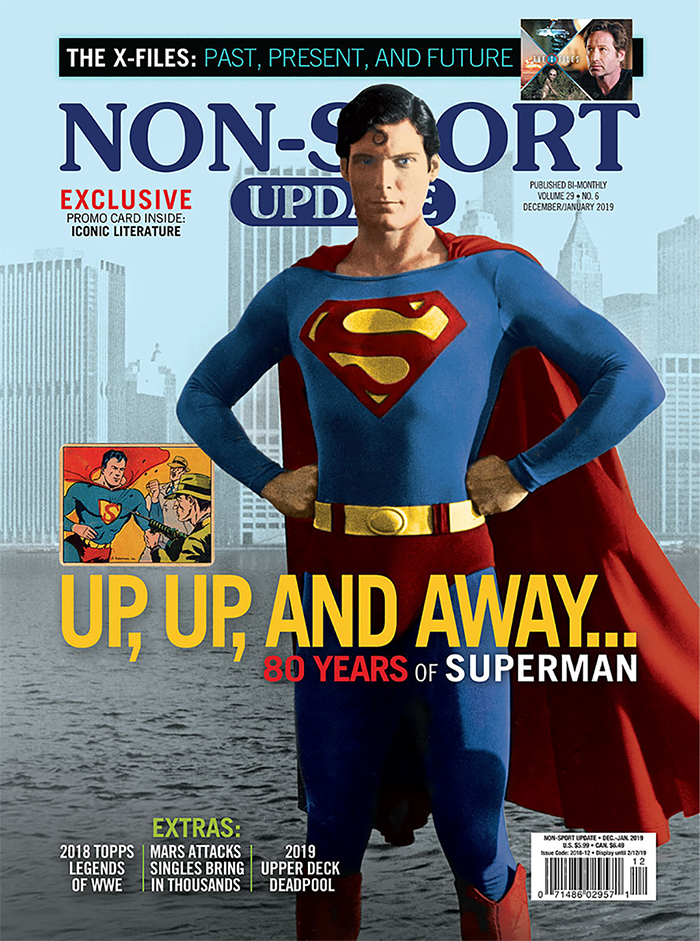 While The X-Files may not have quite as long of a history in pop culture as the visitor from another planet, the series has moved through nearly as many card companies with some extraordinary releases. On the heels of Rittenhouse Archives’ first X-Files release and the eve of Upper Deck’s first set for the show, we delve into the trading card past, present, and future for Fox and Mulder. We’ve even checked in with Inkworks’ Allan Caplan to share some of his experiences with the license.

Two other features explore polar opposites in entertainment. “Are You Ready To Rumble” looks at 2018 Topps Legends of WWE while “Center Stage” showcases The Lights of Broadway Show Cards.

The Dec/Jan issue includes a promo card all the way from Greece. 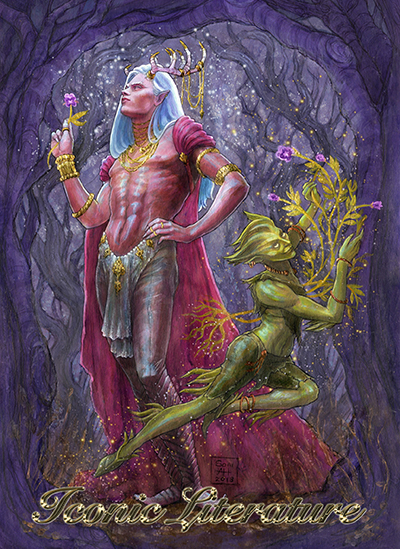 Check with your local card shop or newsstand for the Dec/Jan issue shortly. You can also order issues online.