Canadian Kid Collector of the Week: Ethan from Newfoundland and Labrador

Kid Collector of the Week
By Kieran Steckley
0
Share: 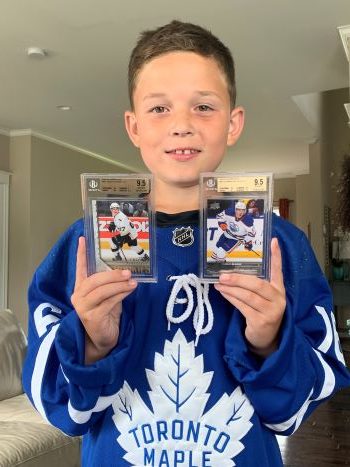 This week we talked to 9-year-old Ethan from Newfoundland and Labrador.

BM: How did you get involved in the Hobby?

EB: I got involved into the hobby after my dad showed me his card collection from when he was a kid. I instantly liked looking at the hockey cards and wanted to start collecting them myself.

EB: I have been collecting hockey cards for almost 2 years.

EB: I only collect hockey cards but I have some interest in collecting baseball cards.

EB: The first cards I remember were the Wayne Gretzky and Mario Lemieux rookie cards that my dad showed me.

EB: The best card I ever pulled was an Austin Matthews Young Guns card from an Upper Deck double pack that I found next to the cashier at Walmart.

EB: My dream cards would be Bobby Orr 1966 Topps Rookie Card and Alex Faulkner (the first Newfoundlander to ever make it to the NHL) 1963 Parkhurst rookie card.

EB: I think that it is very expensive to buy hockey cards. If cards were not as expensive more kids may start collecting them. I think that upper deck could work with other companies that sell kids food or clothes and when you purchase those items a card could come with it.

BM: What’s your favorite part about going to buy cards?

EB: My favorite part of going to buy cards is opening a hobby box of cards and hoping I will get a really nice pull. However, I have not had any luck to date with hobby boxes. 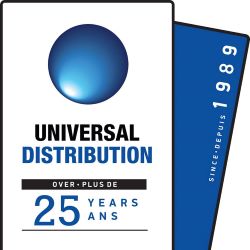 Who Is Hot In The NFL Entering ...