Broad Street Bullies get their own set from ITG One of the most popular hockey franchises is getting its own trading card set from In The Game.

It is scheduled to arrive on June 15.

The base set will depict the history of the Flyers from some of the most famous games and wins, including Stanley Cup championships in 1973-74 and 1974-75. The Flyers were the first non-Original Six team to win the NHL crown.

ITG will have special game-used commemorating those feats.

Battle of the Cup will feature six players, three from each side. On the 1974 Stanley Cup card where Philadelphia beat the Boston Bruins, the Flyers will have Bernie Parent, Rick MacLeish and Dave Schultz. The Bruins side will highlight Gilles Gilbert, Terry O’Reilly and Phil Esposito.

Each box will contain 14 cards: eight base and six inserts. The inserts will be a combination of game-used memorabilia cards and authentic autographs.

ITG will highlight several moments in Flyers history and the subsets include: 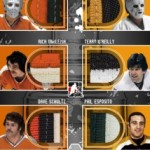 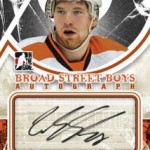 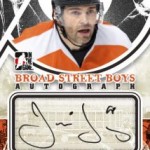 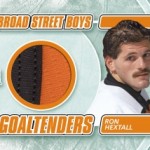 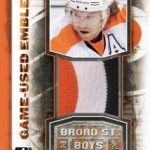 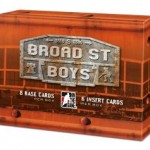 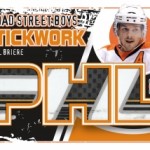 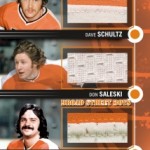 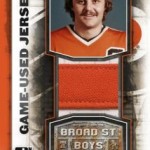 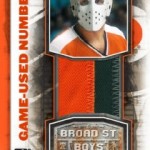 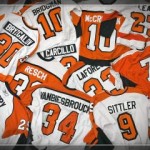 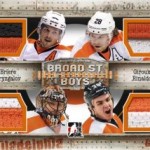 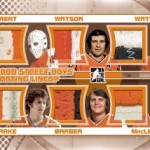