The biggest baseball card in years was front and center at the 2018 National Sports Collectors Convention in Cleveland. The 2018 Bowman Chrome Shohei Ohtani Superfractor Autograph made an appearance at the Beckett booth. Not only did collectors get a chance to catch a glimpse of the one-of-a-kind card, but it also brought some mainstream media attention. 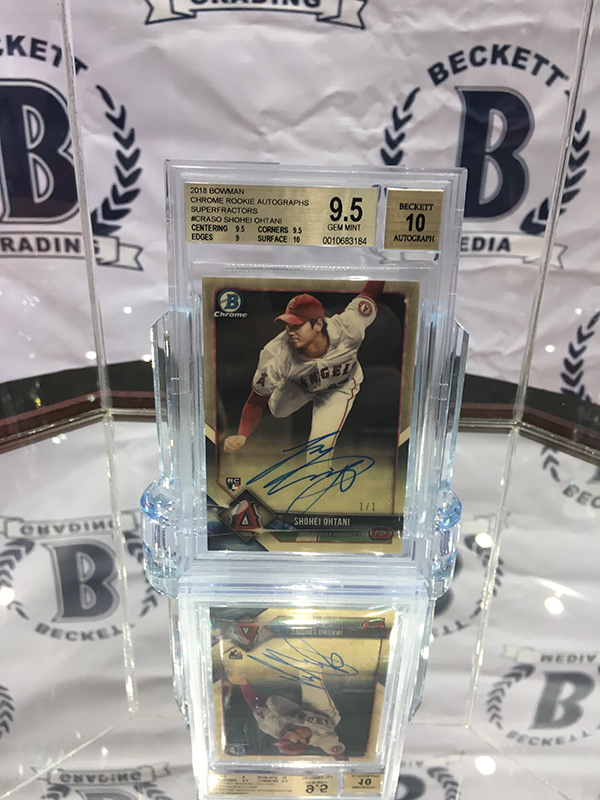 Fox Sports West featured the card during their August 3 pregame broadcast. Kent French and Jose Mota spoke with Beckett’s Ted Barker on the field before the showdown between the Cleveland Indians and Ohtani’s visiting Angels.

The Superfractor Autograph got more mentions during the game as Ohtani went on to have the first multi-home run game and announcers pondered how it might impact the card’s value.

A profile by the Cleveland Plain Dealer’s Elton Alexander includes an interview with Beckett Grading’s Jeromy Murray who broke down the importance of the card as well as its grading and authentication.

Alexander did a second piece on the card, this time a video with Susan Lulgjuraj from Topps.

Reporters from NHK, Japan’s public television broadcaster, also stopped by to do a report on the card. 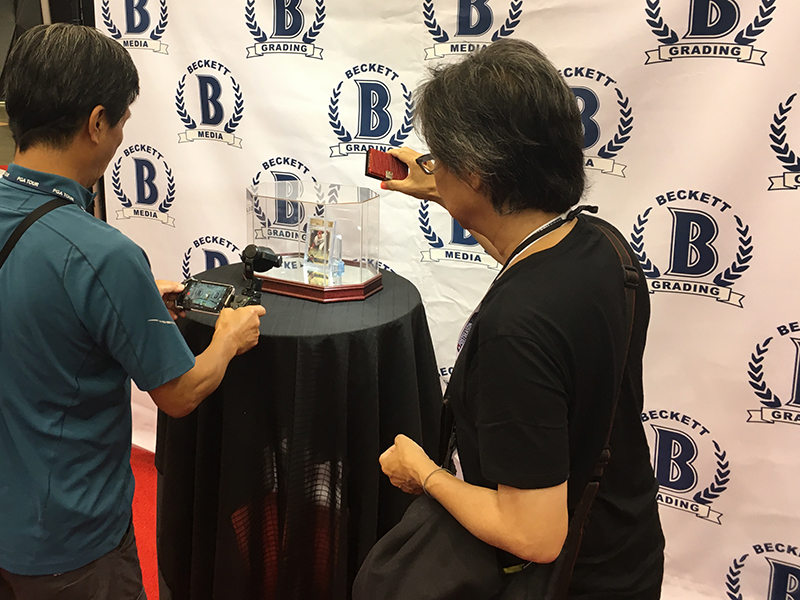 For collectors, this may have been the only chance they had at seeing the Superfractor, which is expected to fetch $100,000 or more when it hits the auction block. The 2018 Bowman Chrome Shohei Ohtani Superfractor Autograph was on display throughout much of the National and available for photos. 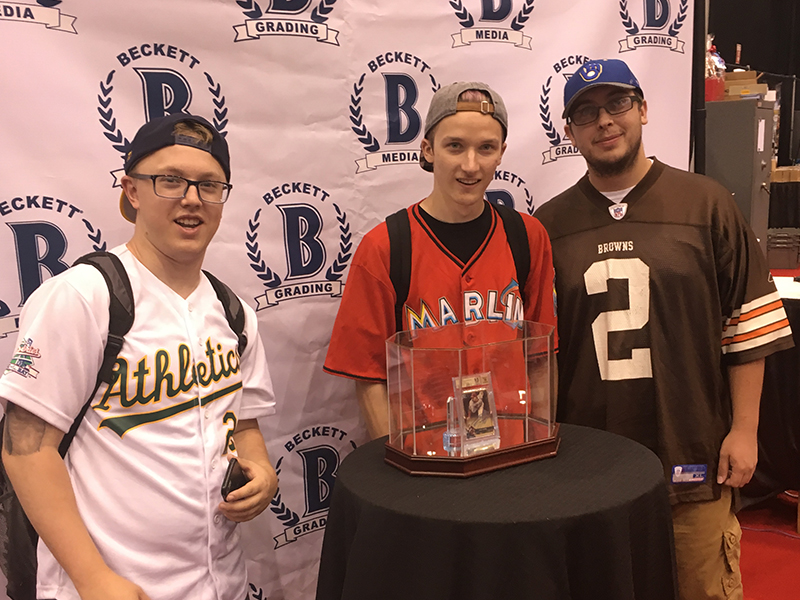 The card set the baseball card world on fire as collectors busted packs and boxes looking for it. Several big buy prices were tossed around by multiple dealers and collectors.

The card will be sold through Beckett’s Goodwin & Co. Auctions in September. Bidding is scheduled to open at the end of August.

Can Johnny Manziel Cards Rebound in the ...