Upper Deck included a surprise insert in 2012-13 O-Pee-Chee NHL that wasn’t on the checklist.

The insert set is called O-Pee-Chee Black & White. As the name suggests all the picture are black and white, in addition to a deckled edge with a facsimile autograph on the front of the card. There are no real autographs version of these cards, according to Upper Deck.

The cards are tough to grab, and prices on eBay are certainly indicating the scarcity.

Just how well are these cards doing right now?

However, these cards are only gaining in popularity right now. Two current auctions of Wayne Gretzky on eBay (one has a day left, the other four days) are both more than $150. 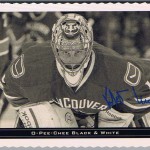 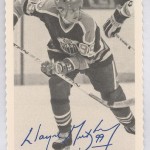 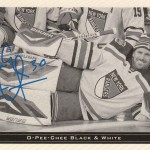 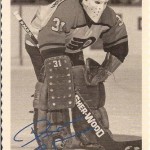 Sports movies: Where are those props now?