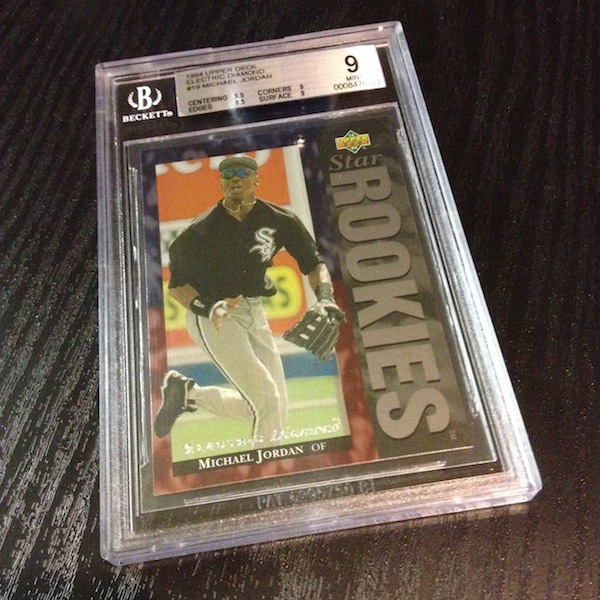 Here is the batch I got back from BGS for January — so here is my latest BGS Diary entry. See which five cards I decided to submit … after the jump.

1994 Upper Deck Electric Diamond #19 Michael Jordan, $12 (above)
I ripped a box of 1994 Upper Deck in the past year or so and landed Jordan’s standard card as well as this version, the parallel. The Electric Diamond cards were seeded just one per pack, so landing one of these all these years later was fun. Upon closer inspection, this card eluded some of the common problems for the brand (edge dents, roller marks from packs, surface scuffs) and came back with a solid card for an iconic card from my younger days.
Pop Report: I’m betting it’s not all that rare and that it’s been topped. However, the Pop Report treated me like I was Craig Ehlo or something and big-timed me. (It’s nowhere to be found.) 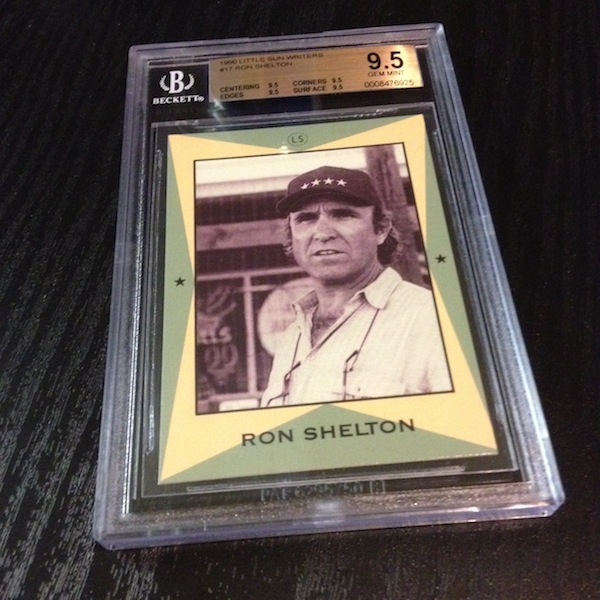 1990 Little Sun Writers #17 Ron Shelton, 50 cents
Admit it, you’ve never seen this card. I hadn’t when I found it buried in a listing of oddball sets here on Beckett.com when searching names for a past Sports Movies Issue of Beckett Sports Card Monthly. For those of you who don’t know, Shelton is the creator and writer of Bull Durham. Why grade it? Why not — it’s such an oddball item that there’s no chance another one has been slabbed. It will go with my stash of other baseball movie cards that made the grade.
Pop Report: It’s the only copy of this card ever graded … duh. 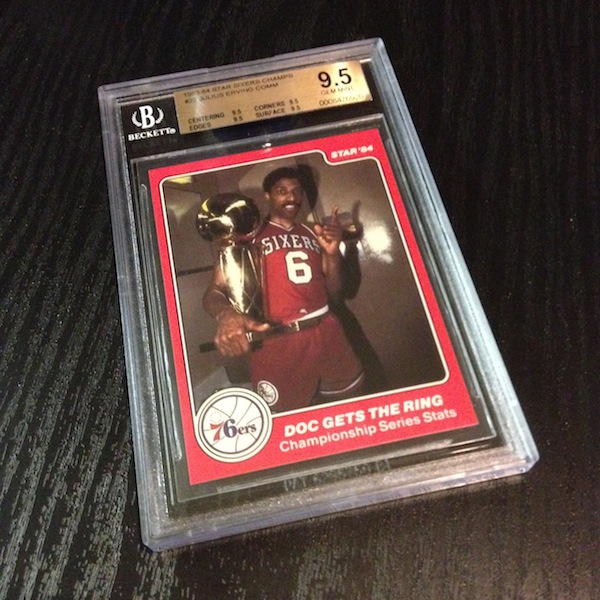 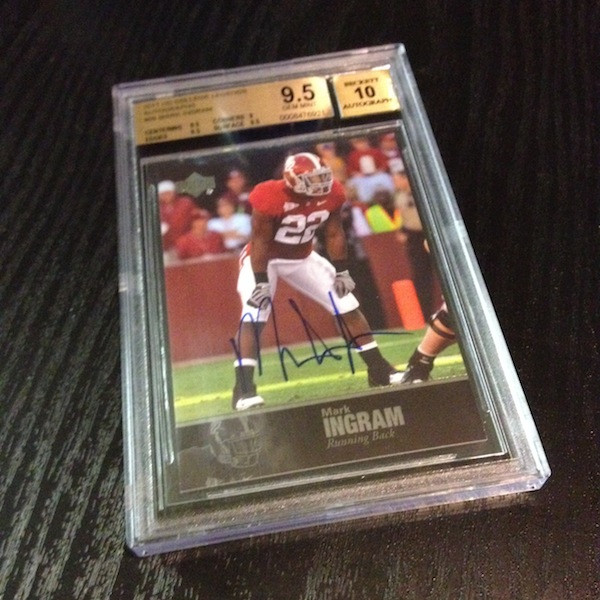 2011 Upper Deck College Legends Autographs #98 Mark Ingram, $40
This remake of the landmark 1997 Upper Deck Legends design is one that struck a chord with me when it arrived a few years ago with the year’s newest rookies in their college threads. It took me a while to track down this copy of the card, but it looks like I chose well with how it came back grade-wise.
Pop Report: Only six copies of this card have been graded with none getting the elusive BGS 10. There is merely one BGS 8.0 lower than my card and four others that exist. 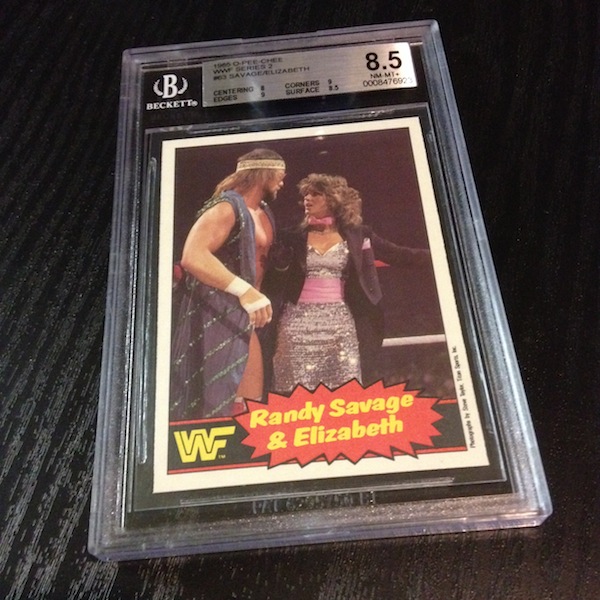 1985 O-Pee-Chee WWF Series 2 #63 Randy Savage and Elizabeth, $N/A
The “Rookie Card” of Savage and his real-life wife, Elizabeth, made my cut before he was announced as being the first inductee into the WWE Hall of Fame this year. Good timing on my part if it wasn’t headed into a personal-collection box never to see the light of day again. It’s a tough card because of the O-Pee-Chee printing/cutting standards at the time.
Pop Report: Only four copies of this key card have been graded by BGS and mine is the highest. Two 8.0s and one 7.0 exist. 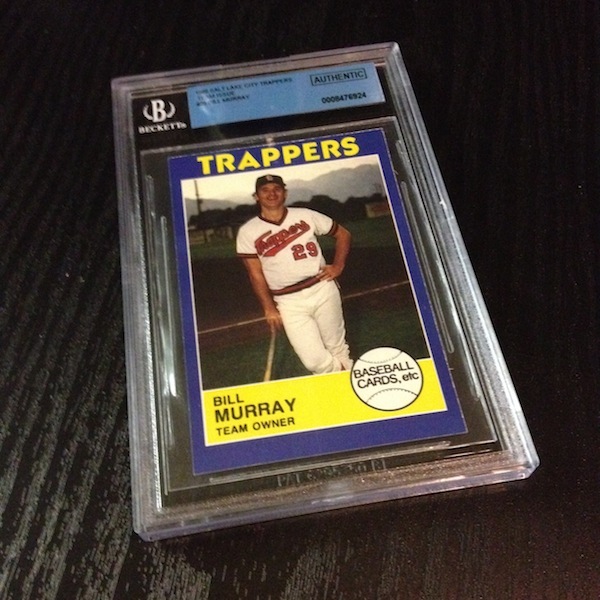 1988 Salt Lake City Trappers Team Issue #29 Bill Murray, $N/A
One of my favorite oddball cards of all time is this team-issued minor-league release showcasing the star of countless comedies from the past. How did I find this card? Here’s a previous piece from back in 2011.
Pop Report: Predictably, there are no copies of this card graded.

January BGS Diary Predictor: What will Olds submit? (Pick up to five.)