Back in November, Beckett Auction Services put the only 1984-85 Star Company #101 Michael Jordan to ever achieve a 9.5 grade up on the auction block and vintage basketball collectors dreamed about adding it to their collections. 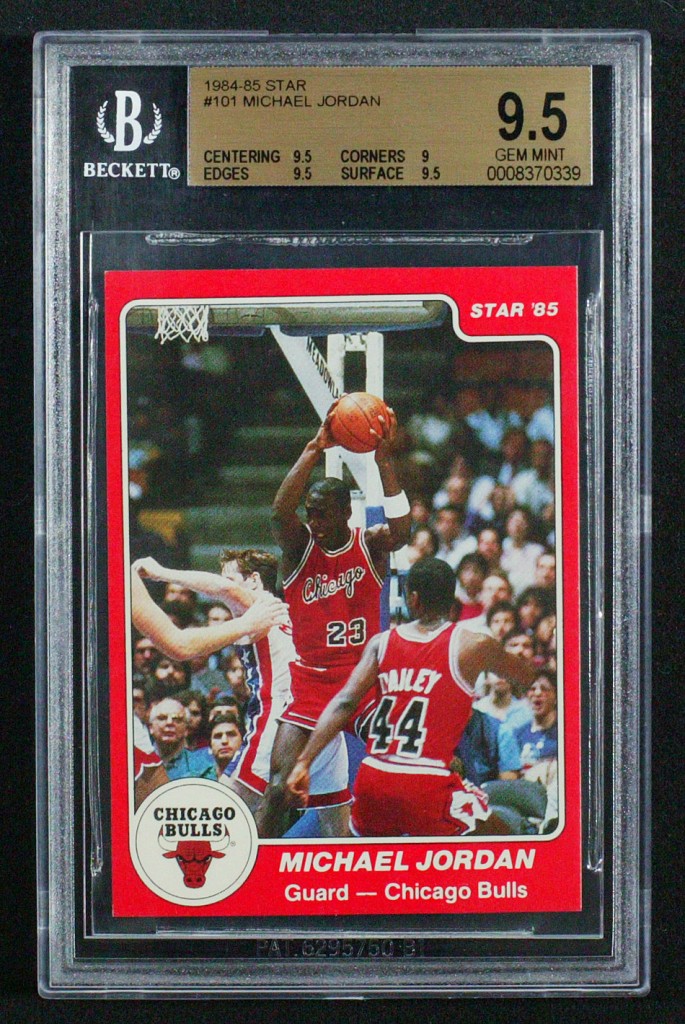 While the card itself did not garner any bids, it was sold to a private collector soon after for nearly $41,000, including the buyer’s premium. Beckett Basketball has learned that this one-of-a-kind card has been sold once again and the price may surprise some that held off on bidding.

“We have a new record price of $52,500 for that same BGS 9.5 that the Beckett Auctions team sold in November,” noted longtime Star Basketball card dealer and expert Steve Taft. “Myself and Jarret Kahn, we both knew the original buyer and the new buyer and we put this thing together because both of them wanted to remain anonymous and didn’t want publicity basically for security purposes. The card, in four months, went from $40,000 to $52,500, which was pretty exciting.”

Taft also noted that the card itself has heated up on the market in recent months and believes that the auction has helped spark interest among collectors that are looking for a strong card to invest in.

“Since the original sale, the Jordan Star #101 has just been on fire in every grade,” he said. “As an example, when they turn up on eBay, they are going quick and I’m seeing a BGS 8 that five or six months ago, you could buy at $1,800 to $2,200, that’s a $3,500 card now and if you got a lucky break, you might get one for $3,200. This has been the hottest run that I’ve seen since the early 90s. It’s also pulling along all the other Star Company Jordans and even just the other Star Company cards.

“I think credit goes to the BGS 9.5 #101 getting the publicity it did months ago and now this new deal. I see people are now contacting me about the #101 and these other cards and they’re really taking note of the BGS population reports on these cards compared to the (1986-87) Fleer pop report on their Jordan.”

At present, 378 of the #101 Jordan cards have been slabbed and graded by Beckett Grading Services. Only one has achieved the 9.5 rating and none have rated higher. In comparison, the 1986-87 Fleer Basketball Jordan rookie card has been graded 7,758 times by BGS and 369 copies have received a 9.5 while there are five that have been rated a 10.

“For Steve Taft to be giving both Beckett Auction Services and BGS credit for the Star Jordan market exploding again – that’s very lofty praise,” said Rob Springs of Beckett Auction Services. “It’s truly a very tough grade to obtain on that particular card and it’s not far-fetched to believe that there might not be another one graded a BGS 9.5 again.”

Not our next Beckett Baseball cover … ...