With a staple (2011 Topps) and its brand new brand Inception now hitting shelves, Topps football products are in full swing. Today’s announcement regarding the 2011 release of beloved Bowman Sterling adds even more steam to the season.

No stranger to shimmering cardboard, the set’s signature nuance comes in the form of  Pulsar Refractors.  Showcasing NFL stars on a refractive background of pulsating pixels, these cards are like snapshots from some futuristic nightlub — which isn’t necessarily a bad thing (take a closer look after the jump). 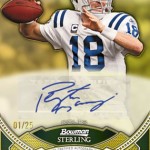 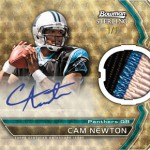 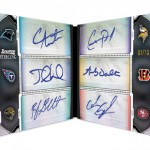 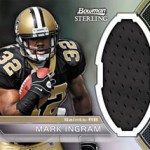 Voices from the show: The Complete Video ...