It’s another Beckett Sports Card Hot/Cold where we take a quick look at what’s lava and what’s icy in the worlds of sports and sports cards.

On the field, it wasn’t a very eventful week. On the hobby side, it was a big one, though. Some major sets came out and things starting to take shape that will have card ramifications for the foreseeable future. The season’s biggest hockey set, 2020-21 Upper Deck Series 1, dropped. And with it came Alexis LaFreniere’s Young Guns Rookie Card. The first overall pick in the draft, he’s probably the sport’s biggest prospect since Connor McDavid. There are still a lot of questions surrounding the NHL season, but knowing that LaFreniere is in the cards, there’s a lot less hobby uncertainty.

Sticking with hockey, 2020-21 Upper Deck Tim Hortons has collectors (and non-collectors) across Canada ripping packs as they sip their coffees. It has become an annual tradition and one of the biggest food issue releases in the hobby.

The NBA had its draft this week, giving us an idea of where rookies are heading. The Minnesota Timberwolves kicked things off by taking Anthony Edwards. James Wiseman (Golden State) and LaMelo Ball (Charlotte) rounded out the top three. There aren’t the sure superstars like Zion Williamson and Ja Morant last year. However, there’s a good chance that a few standouts will emerge once the season stars. 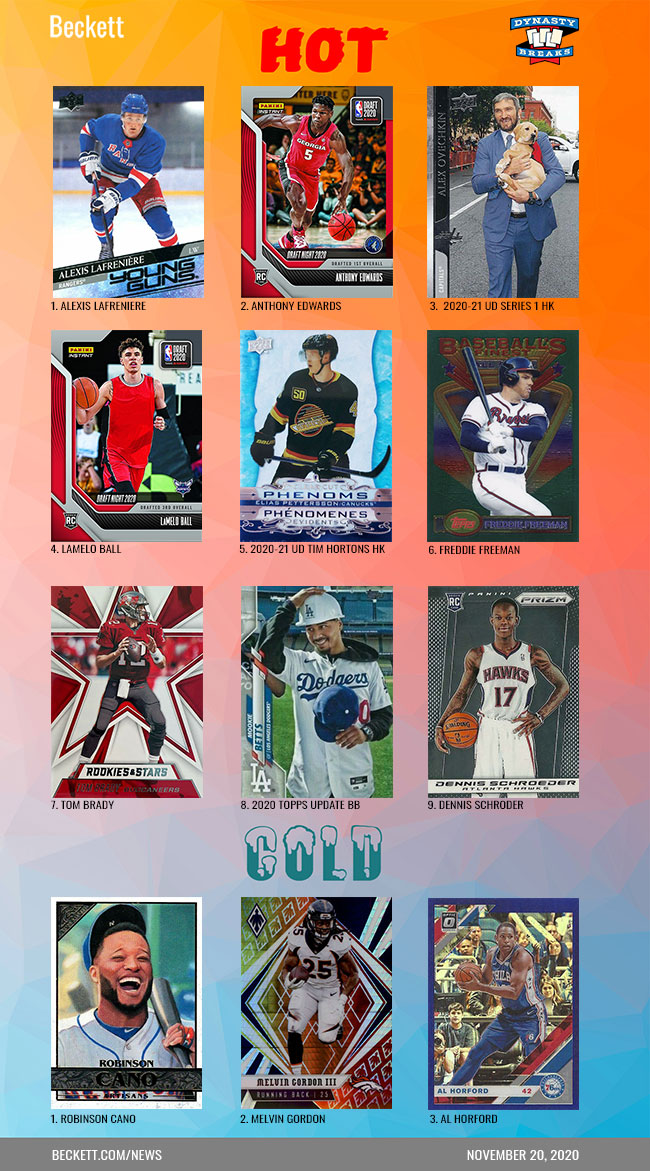 Plugged In: Chris Torres Has Lots to ...