Beckett Gaming Preview: Magic The Gathering Oath of the Gatewatch 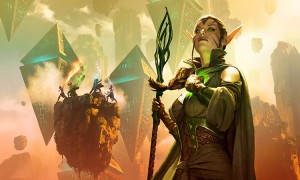 Hey all you Magic the Gathering Fans! Today is the day Oath of the Gatewatch hits stores. Oath is the 2nd set to release in the Battle for Zendikar block, and it brings 184 cards into the Magic the Gathering universe. The set brings on an onslaught of new Eldrazi, the new Wastelands, and new versions of popular Planeswalkers. Today we will take a look at some of the more powerful cards that are sure to make a splash in the current Standard format. 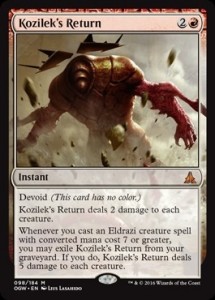 For 3 mana you get to burn every creature for 2 damage at instant speed. This can allow for some nice combat tricks and potentially board wiping rush decks. The 2nd effect on this card is insane and will surely make it a staple in many Eldrazi based decks. Whenever you cast an Eldrazi creature that costs 7 or more mana, you can cast Kozilek’s return for free from your graveyard. As an added bonus the 2 damage is upgraded to 5. Not only will this kill rush decks, it will most likely kill any creature from mid-range decks as well. If you plan on playing an Eldrazi based deck you may want to look at getting 4 of these for your deck. 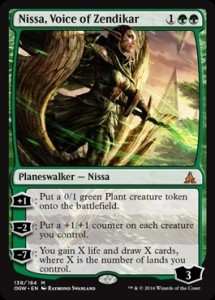 Nissa makes her return in Zendikar as a 3 drop Planeswalker. She comes in with 3 loyalty counters and when she hits the battlefield she can create a Plant token or increase the strength of all your creatures by 1 power and toughness. She will fit in really well into many of the Green/White token decks and fills a nice curve that allows a turn 2 Hangarback Walker, turn 3 Nissa, and turn 4 Gideon, Ally of Zendikar. Nissa will be great addition to this deck and will only get better as the game goes on and you play more creatures. 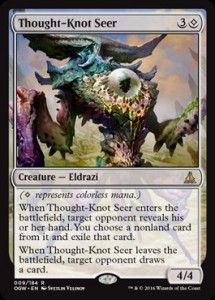 The Seer is potentially one of, if not the strongest card to come out of Oath of the Gatewatch. For 4 mana you get a 4/4 and you get to look at your opponent’s hand and remove a nonland card from the game as long as the Seer stays in play. This card will fit right at home in a midrange deck and can be relevant almost any time during the game. One of the strongest things you can do in a card game is look at your opponent’s hand, plus in this case you get to remove a card. Pick up the foil versions of this card while they are cheap.

That wraps it up for our look at some of the powerful cards in Oath of the Gatewatch. Be sure to check out your local hobby shops to get your packs, and find many other great cards in this new set.

Also, be sure to check out the Beckett price guide, to find a complete checklist of Oath of the Gatewatch and all other Magic the Gathering sets.

The hobby impact of the low Canadian ...