Batman: The Animated Series and Its Trading Card Legacy 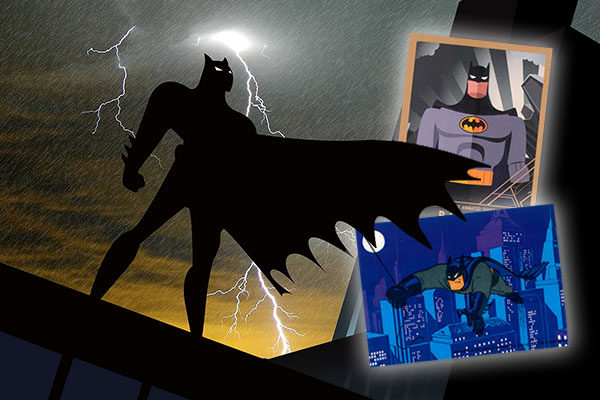 Batman has seen many incarnations over the years. And it’s not just in comic books but in movies and television as well. When it comes to the best Batman cartoon, it’s hard to argue against Batman: The Animated Series. Its noir vision, smart stories and colorful characters have made it an iconic take on the Dark Knight. Comics and toys are the natural collectibles for the show, but Batman: The Animated Series trading cards are also out there.

Here’s a look at what you can collect.

Split into two releases, 1993 Topps Batman: The Animated Series is the definitive release for the show. Series 1 dedicates itself largely to characters, both good and bad.

This includes the first Harley Quinn trading card. It may be surprising to some as non-sport “Rookie Cards” aren’t really a thing, but it can sometimes command a premium. This is likely from buyers who are more fans of the character versus traditional card collectors. 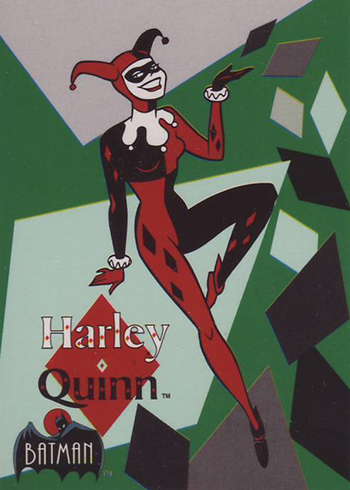 Vehicles, gadgets are also on the Series 1 checklist along with recaps from a couple of episodes.

Series 2, which came out not too long after, is a little bit smaller at 90 cards. Numbering continues on from where the first set left off. Three stories are summarized in the first 70 of these cards while the theatrical Mask of the Phantasm animated movie gets the remainder of the checklist.

Inserts are on the light side. Both releases have Vinyl Mini Cells. Six are in Series 1, landing 1:12 packs. Series 2 has just four of the inserts but they’re 1:18 packs. 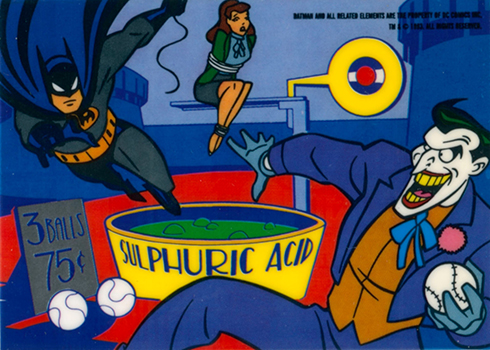 As far as money cards go, Series 2 has a high-profile autograph, although it has nothing to do with the cartoon. Danny DeVito, who played the Penguin in Batman Returns signed 2,000 copies of a base card from the movie’s set of Stadium Club cards. While most of today’s certified autographs have some sort of note for the autograph, this one doesn’t. 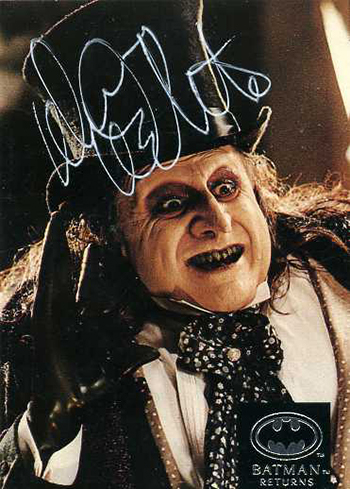 1995 SkyBox Adventures of Batman and Robin

After a few years, Batman: The Animated Series became The Adventures of Batman and Robin. While the title changed, the style didn’t. It evolved like most every show does, but they’re essentially the same.

With the license now with SkyBox, the 1995 Adventures of Batman and Robin base set has 90 cards. The approach is simple with screen grabs from the show accomplishing character profiles and recaps. 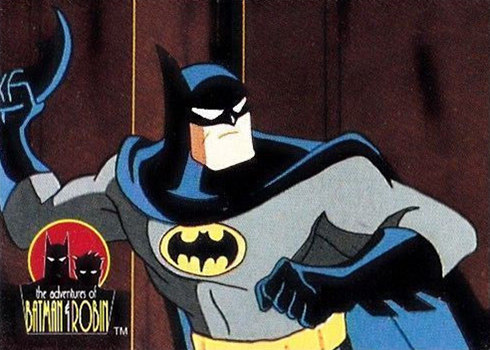 SkyBox, who was also doing a lot with Batman Forever at the time, expanded the inserts a little bit. But they’re still a far cry from what has become the norm today. Every hobby pack of 1995 SkyBox Adventures of Batman and Robin has one of 12 Pop-Up cards. Retail packs have one an exclusive Color-In card.

The product’s other two insert sets are both hobby exclusives. Nine Foil cards land 1:11 packs each while three Dark Knight Thermal cards are 1:36 (one per hobby box).

1996 Fleer/SkyBox Batman and Robin Action Packs is the final major release for the show. And even it takes a somewhat different approach. It’s a product that emphasizes play over building traditional sets.

The base set has just 12 cards. These double as playing cards for a game called Arkham Escape. 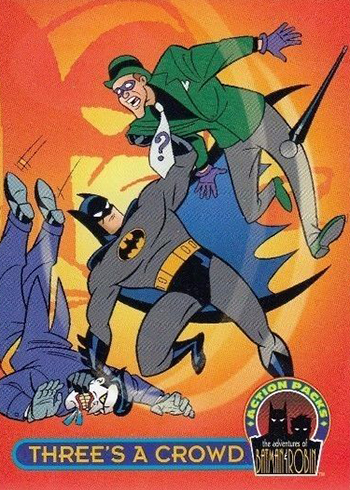 Inserts, if you want to call them that, are just as easy to get as the main set. Twelve Pop-Outs are inserted two per pack, just like the Arkham Escape cards. Each 1996 Fleer/SkyBox Batman and Robin Action Packs pack also has one Coloring Card (six in set) and one of six card-sized Puzzles. 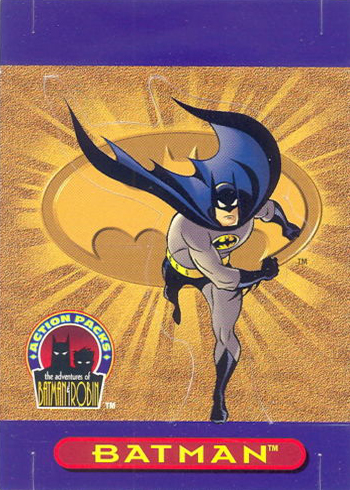 Perhaps the greatest bit of all, this set also has gum in every pack.

While they may not be a mainstream release, DC Collectibles put out some of the most attractive Batman: The Animated Series trading cards ever to help promote their premium action figure line.

In 2015, it looks like there were five cards given away at San Diego Comic-Con: Batman, The Joker, Catwoman, Robin and Harley Quinn. The following year, it was a sheet of nine cards highlighting more characters in the growing line. 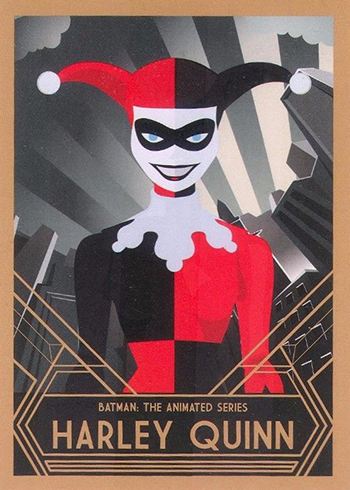 Other than the Danny DeVito, you’re not going to find any autographs in any Batman: The Animated Series trading card sets. And even that one doesn’t have to do with the show.

However, if you look to other products, you can find signatures from a couple of key players from the show.

It starts with Mark Hamill, who voiced The Joker. Thanks to his starring role in Star Wars as Luke Skywalker, Hamill’s signature has appeared in dozens of sets over the years. Once you factor in parallels, his total number of unique signed cards numbers in the hundreds. And while that sounds like a lot, the majority of those are in very short supply. 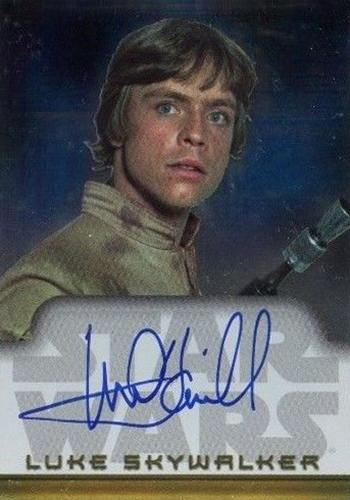 Another key signature belongs to the visionary behind Batman: The Animated Series, Bruce Timm. He doesn’t have an autograph connected with the show but he did sign a card for Inkworks’ series based on the Justice League cartoon that came along about a decade later. 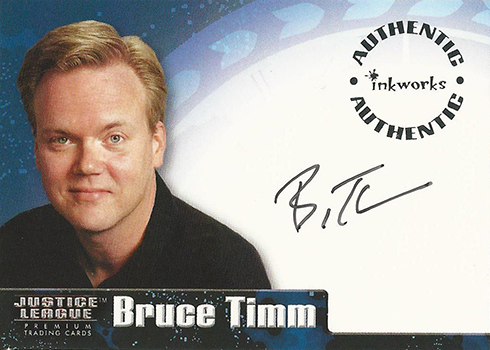 Here’s a list of other Batman: The Animated Series actors (appearing in at least five episodes) with autograph cards and where to find them:

Click on the links to see what’s currently available on eBay for each actor. 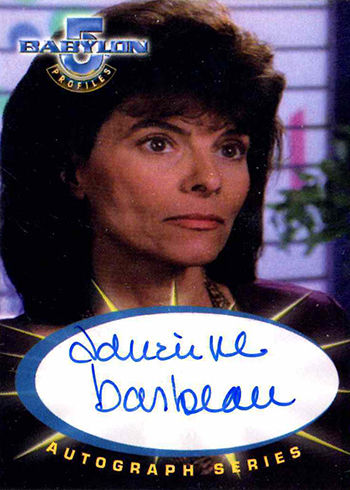 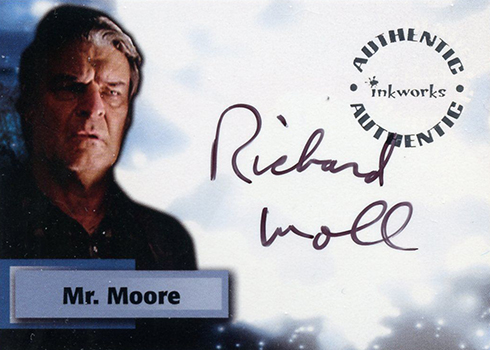 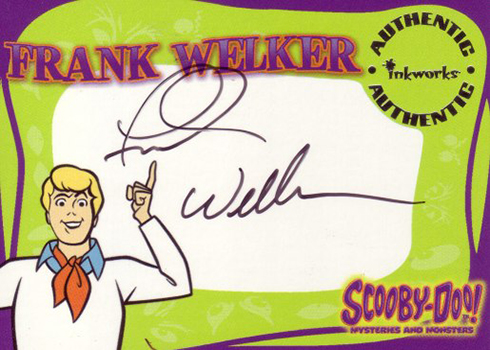