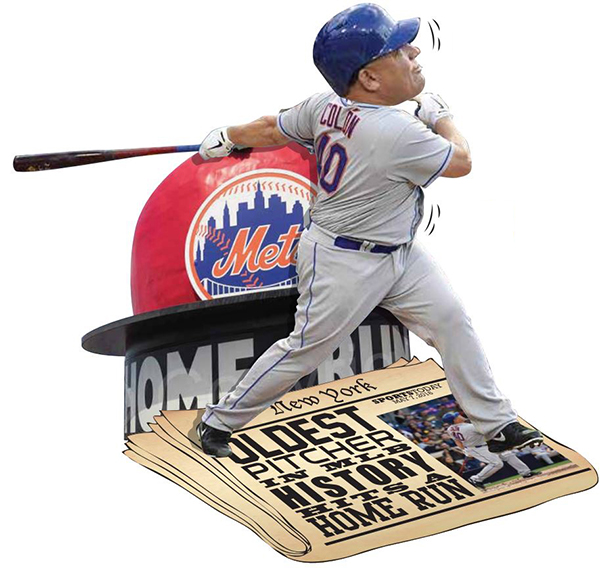 It’s officially getting weird. First, Bartolo Colon hit a home run. Then Topps sold almost 9,000 cards commemorating it. Now Forever Collectibles is making a Bartolo Colon bobblehead. But it’s not only his head that bobbles. His stomach does too.

The Bartolo Colon bobble stomach has a sculpt of the pitcher making his swing. The tentative design of the figure has him standing on top of a newspaper with a home run-hitting headline and a backdrop of the big apple from Citi Field.

Limited to 942 copies, Clark Toys has it on pre-sale for $39.99. The bobblehead is currently slated for a fall release.