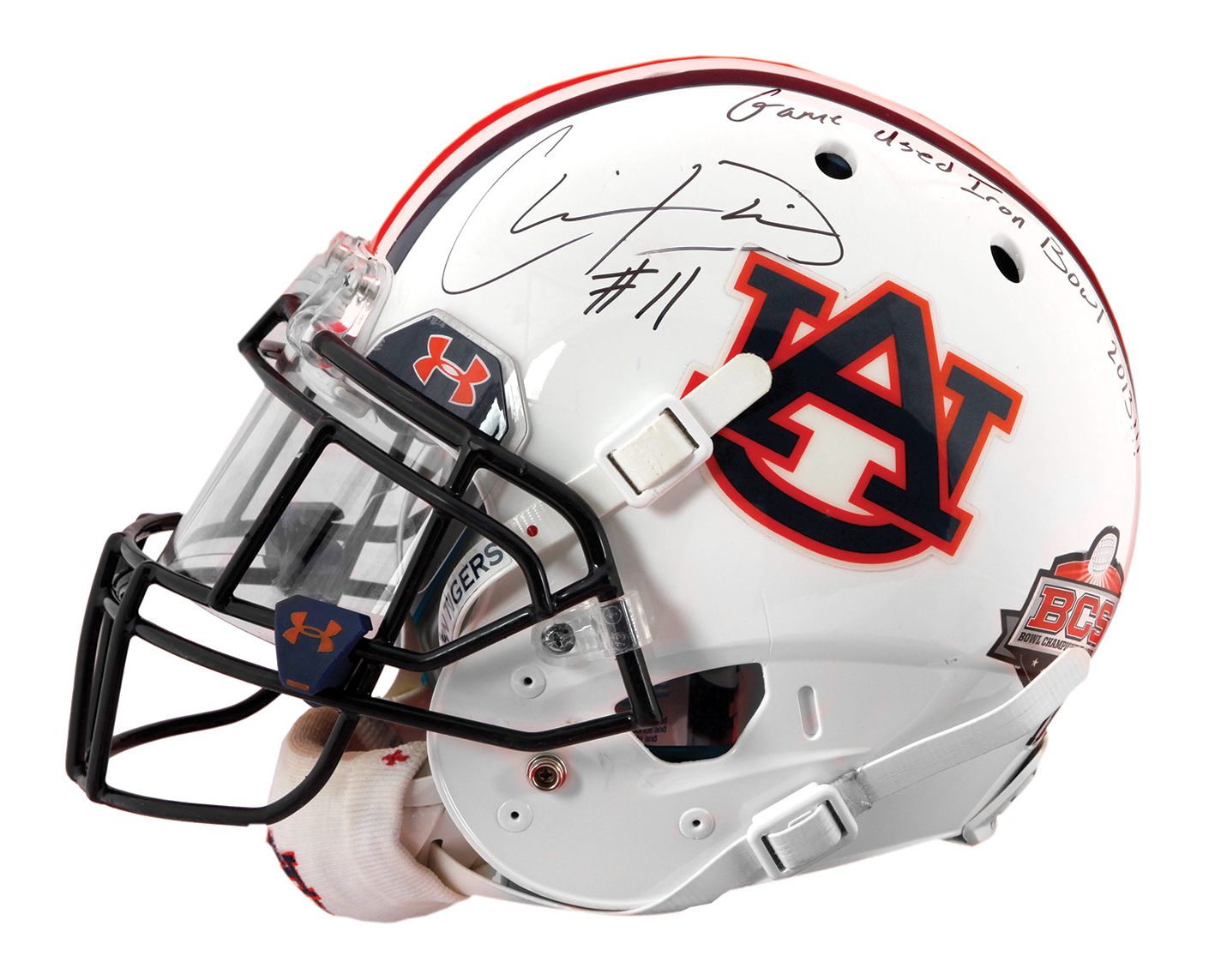 A Collegiate Shocker | Chris Davis’ 2013 Iron Bowl helmet
One of the most-outrageous finishes in college football the last few years can be found on the field of the 2013 Iron Bowl — aka the Alabama-Auburn rivalry. This helmet was worn by former Auburn Tiger Chris Davis, who is now a San Diego Charger, during his endzone-to-endzone shocker to win the game. College football fans can be rabid — especially in the SEC — and this helmet is a high-priced example when it hit the auction block via Goldin Auctions. It collected 21 bids and sold for $47,190. 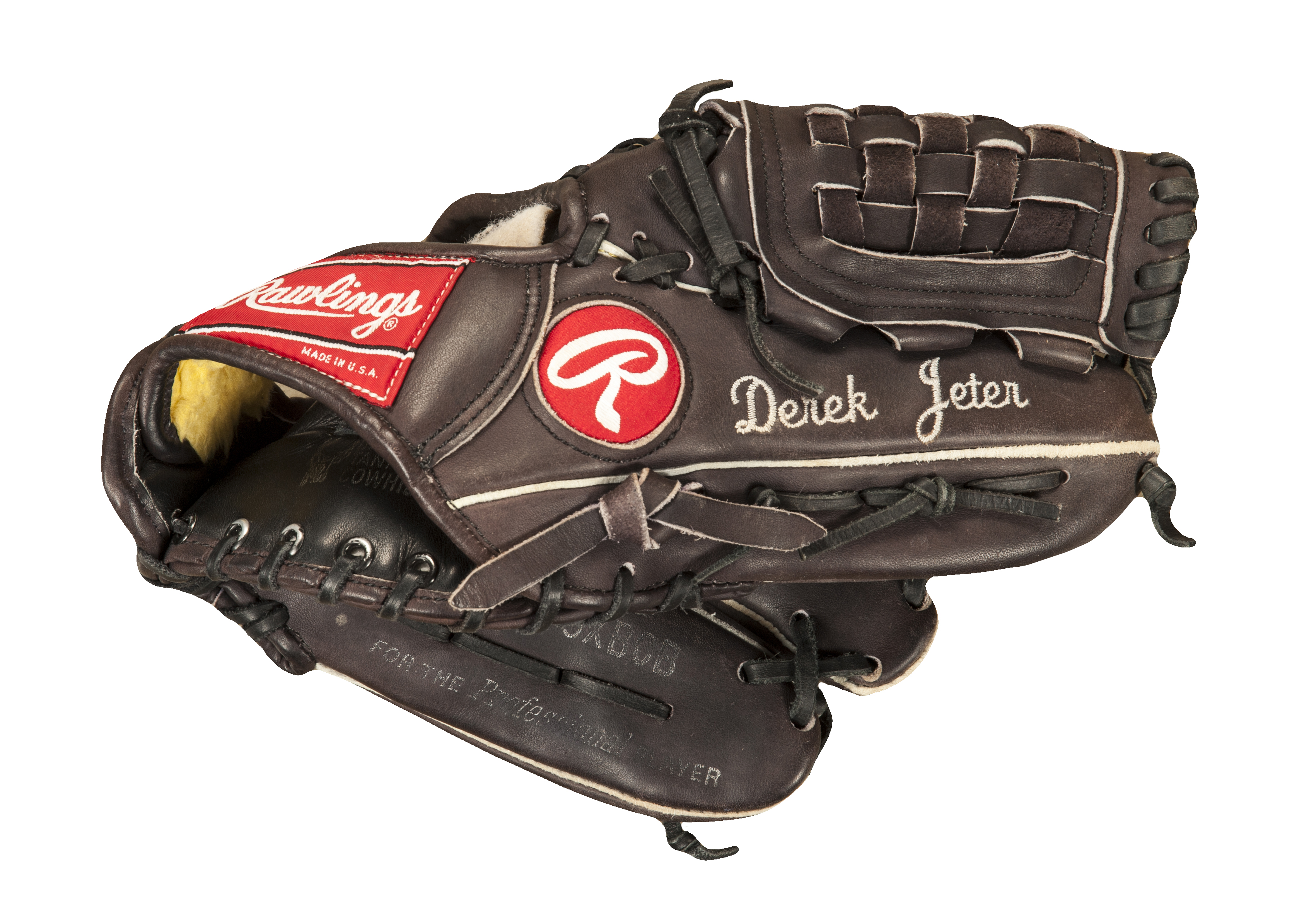 Glove Story | Derek Jeter’s Leather
Ever wonder why we don’t see that many game-used memorabilia cards using fielding gloves? Because players only use so many in a season, they don’t yield a whole lot of swatches and they can be pretty pricey. This 1999 Rawlings Pro-5XBCB glove was used by New York Yankees shortstop Derek Jeter during the 1999 season and has full authentication from PSA/DNA as well as Steiner Sports. It hit the block via Goldin Auctions in November and collected 17 bids before selling for $67,760. Now that’s some expensive leather. 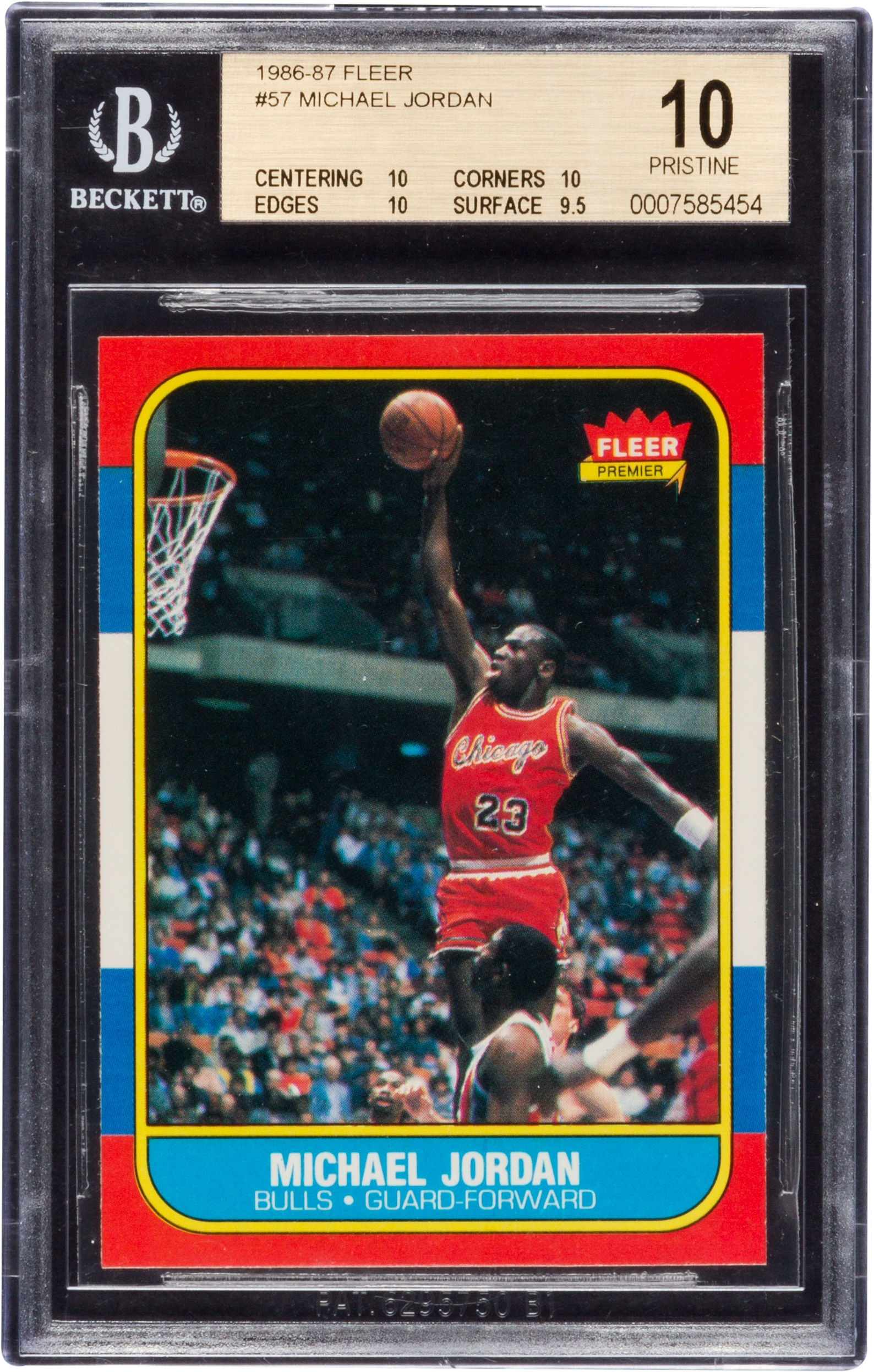 A Big BGS 10 Sale Coming? | Michael Jordan’s Fleer RC
Michael Jordan‘s iconic 1986-87 Fleer basketball Rookie Card has been graded a BGS 10 just five times out of countless copies submitted, and this one is on the auction block through Heritage Auctions right now and it’s ending soon. Its estimated price from Heritage? A mere $80,000. 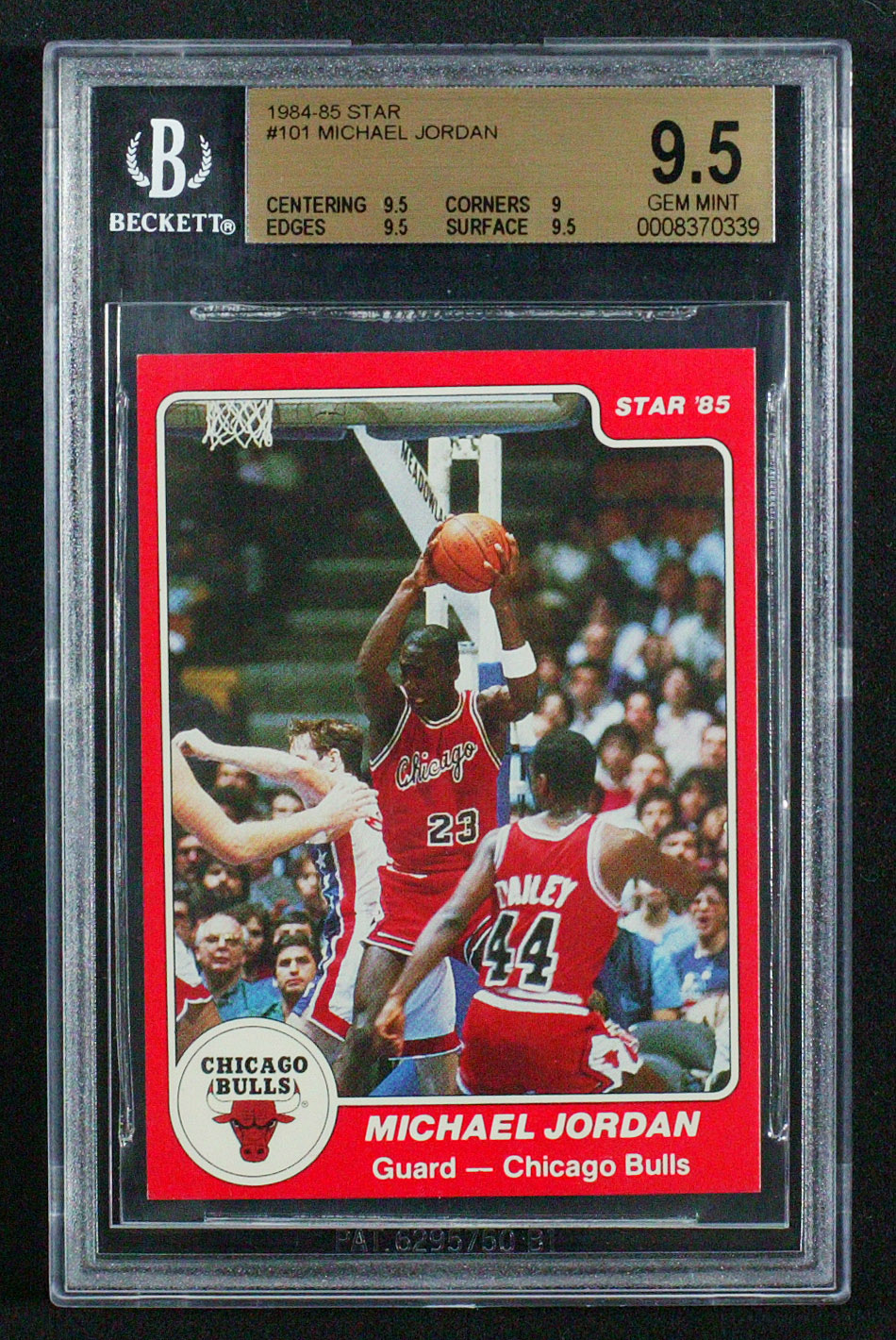 Another Big Jordan | MJ’s 1984-85 Star XRC
Michael Jordan‘s 1984-85 Star XRC is one that’s not an easy find in top grade — in fact, this is the highest-graded specimen of the card ever graded by BGS, which began slabbing the cards six years ago. This one was consigned to Beckett Auctions — also a sale that is open now — and has an opening bid of $50,000.

Auction Watch is compiled by Chris Olds every month in Beckett Sports Card Monthly and Beckett Baseball. Want to see even more action from the Auction Block? Pick up an issue.