It might be the return of Topps Tiffany, but don’t call it that — it’s Ginter Glossy.

One of the most popular tobacco-styled baseball card lines from Topps will be getting an upgrade very soon, the company announced Thursday, as it will be releasing a limited-edition glossy factory set of 2011 Topps Allen & Ginter baseball cards found only at the company’s store. The set will cost $99.95, plus shipping, with a limit of 25 per household.

Limited to just 999 serial-numbered sets, the Ginter Glossy will include all 350 base cards with matching numbers along with 10 new cards that are exclusive to the set, including American League Rookie of the Year candidate Eric Hosmer. This is just the second line to get the factory set treatment from Topps in recent years as the flagship line can often be found with various factory set forms also including bonus cards. 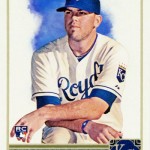 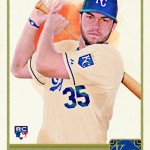