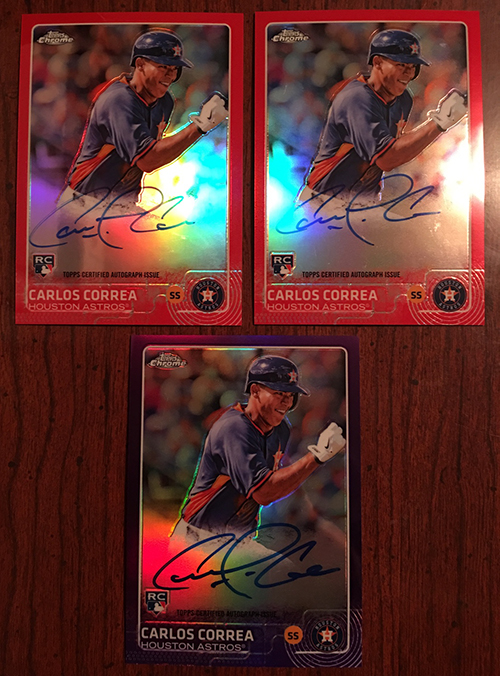 The situation with the unreleased 2015 Topps Chrome Carlos Correa autographs that mysteriously showed up for sale appears to have been resolved. Topps has remained quiet about the situation until now.

No further details or clarification were provided.

The situation arose when someone was offering the cards for sale on the Blowout Cards forums. The only problem was, the cards had not been officially released. Although the cards were teased when Topps showed the Superfractor autograph via social media last fall.

The autographs have now been announced for 2016 Topps Chrome Baseball, which is scheduled to release in August.