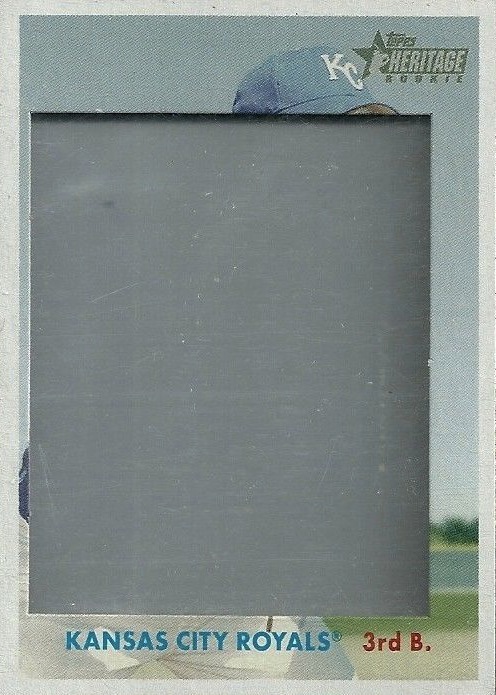 That’s the reality eight years after his mistaken arrival in a pair of 2006 baseball card sets from Topps — sets that mistakenly included cards of the top Kansas City Royals prospect as a Rookie Card when he wasn’t eligible. As a prospect and with the newly introduced MLBPA Rookie Card logo, he could only appear in Bowman-branded sets from Topps. 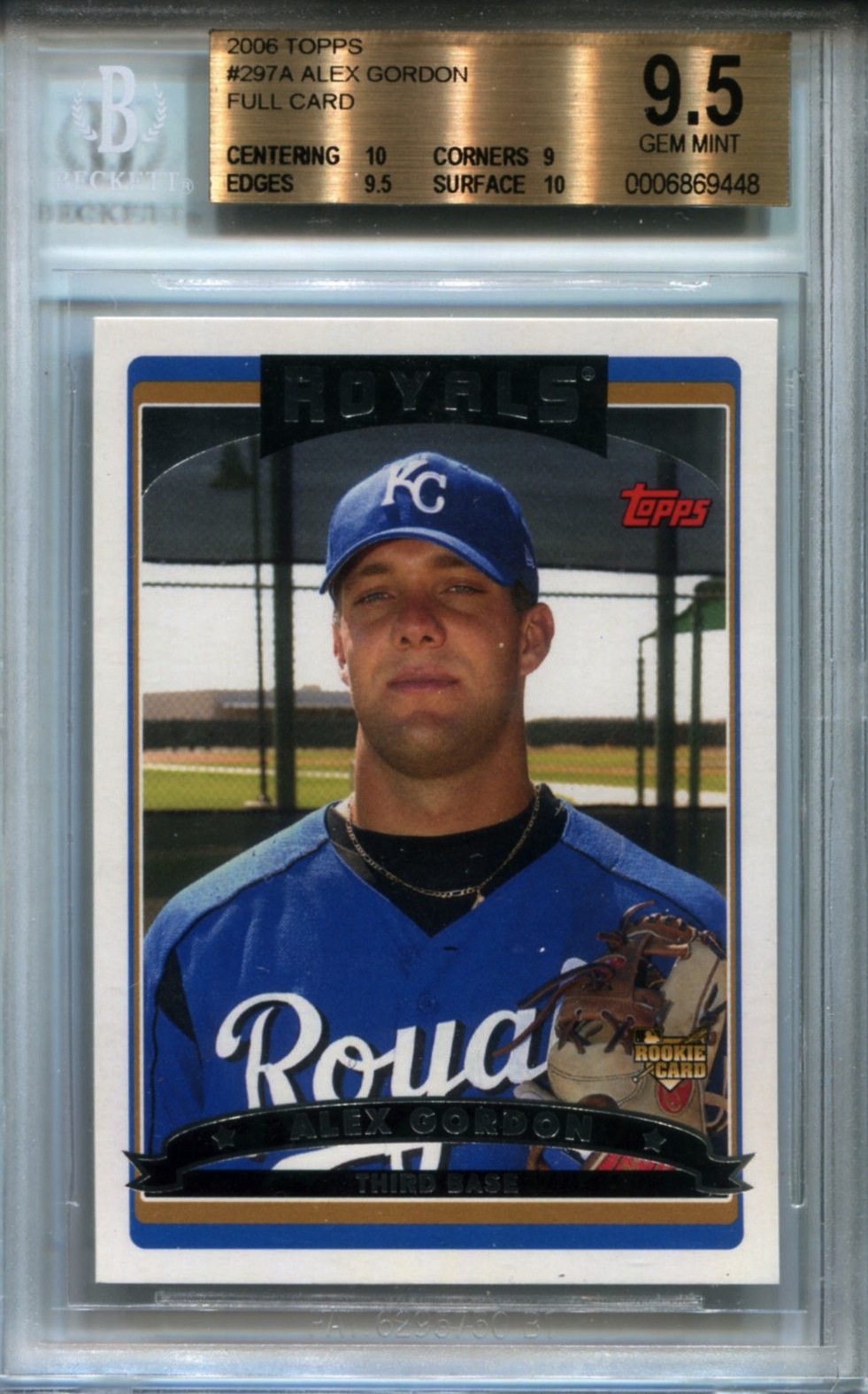 Now that he’s an established big-leaguer and an All-Star outfielder with three Gold Gloves and a World Series appearance, it’s natural to think that these two rarities — cards that were pulled from production — might be in more demand than usual.

Gordon’s Heritage card has been found with the center cut out directly from packs. That piece of scrap that wasn’t supposed to make it out typically sells for somewhere between $125 and $250. A recent sale on eBay went for somewhere south of $250 when its best-offer option was used.

>>RELATED: Collecting baseball cards that should not be

His other card is one that’s also been found cut out — but also found in its full glory. (Be careful to buy this one graded to play it safe if dabbling as a beginner as it has been reprinted with small changes you may not notice.) The BGS 9.5 card above also sold somewhere south of $695 via a best offer while raw copies typically sell for around $150 to $200. The cut-out version sells for less.

The Beckett.com database recognizes four versions of the Topps Gordon — standard, cut, blank front with gold foil and blank front with silver foil. None typically sell for more than $50 except for the full version.