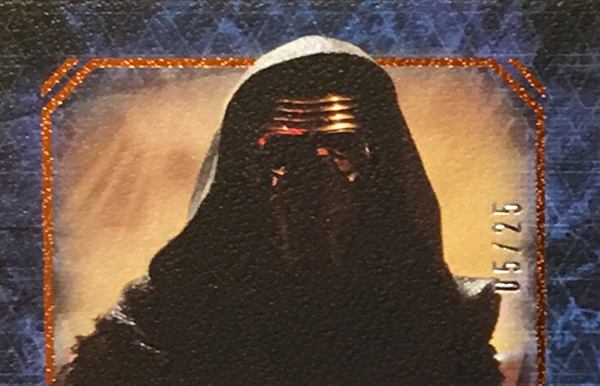 First it was John Boyega. Then it was Daisy Ridley. Now you can add another one of the major actors from Star Wars: The Force Awakens to the list of Topps autograph signers. Adam Driver, who played Kylo Ren, is slated to have his signature appear in 2016 Topps Star Wars Masterwork.

This is the first time that Adam Driver autographs have appeared on trading cards. But that’s understandable considering the majority of his other films to date are independent and smaller-budget projects. He also had a key role on HBO’s Girls. 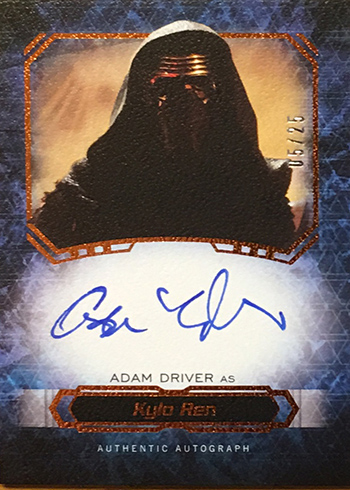 Driver is one of 80 total signers in Masterwork. Ridley, Boyega, Harrison Ford, Mark Hamill and Carrie Fisher are among the other headliners for the high-end product.

Masterworks autographs come in a variety of formats starting with basic signatures that come signed on-card. There are also Dual, Triple and Medallion Autographs in the product.

Topps has not yet said whether Driver signatures will continue to be in products going forward.

Now that he has been added, the biggest names from new Force Awakens actors not to have autograph cards are Oscar Isaac (Poe Dameron) and Oscar winner Lupita Nyong’o (Maz Kanata).

2016 Topps Star Wars Masterwork is scheduled to release on November 2.