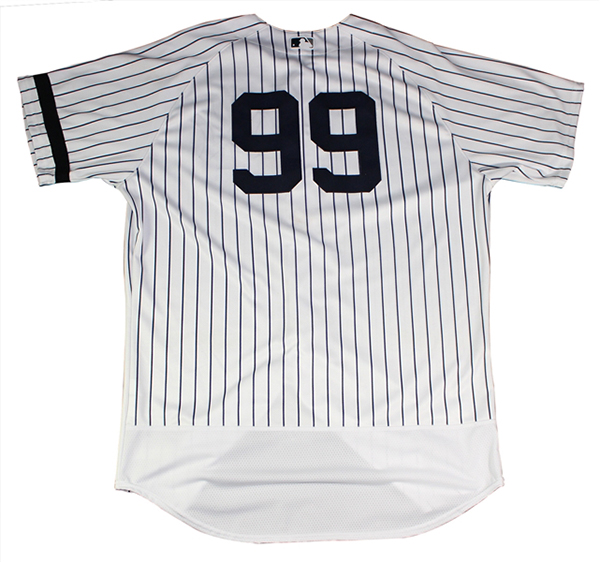 Steiner Auctions has another key game-used jersey from Aaron Judge’s record-breaking rookie season up for sale. This time it’s the one Judge wore to hit his 52nd home run of the regular season.

That set the new home run mark for a rookie, leaving Mark McGwire’s 1987 mark of 49 in the dust.

It also set a franchise record for most homers at home in a single season. In 2017, Judge hit 33 in the confines of Yankee Stadium.

The game-used Aaron Judge jersey is part of Steiner’s Fall Classic Auction, which runs through November 18. 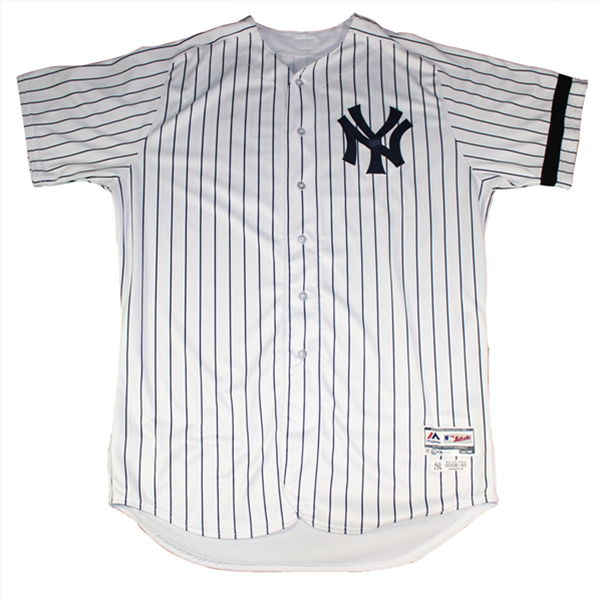 This past summer, they also sold the jersey the outfielder wore to hit his first career MLB home run. Including buyer’s premium, it went for over $160,000.

“His monumental game-used jerseys have sold for six-figures, a rookie matching memorabilia bids of Hall of Fame baseball icons from a century ago. I’ve never seen anything like it,” said Brandon Steiner, Steiner Sports founder and CEO.

Steiner Auctions estimates this jersey could go for as much as $150,000.