A Most Successful Flop: Interview with Olympic Legend Dick Fosbury

Dick Fosbury is a lot of things. He’s an Olympic gold medal winner in the high jump, an engineer with an interest in building city landscapes, and – in his biggest victory – he’s a cancer survivor.

Fosbury, now 71, forever changed the sport of the track and field high jump with the revolutionary “Fosbury Flop” and carried the then-unconventional style of clearing the bar all the way to Olympic gold at the 1968 games in Mexico City. Fosbury, with author Bob Welch, has written a book titled “The Wizard of Foz” that details the success and struggles of the man who revolutionized the sport. 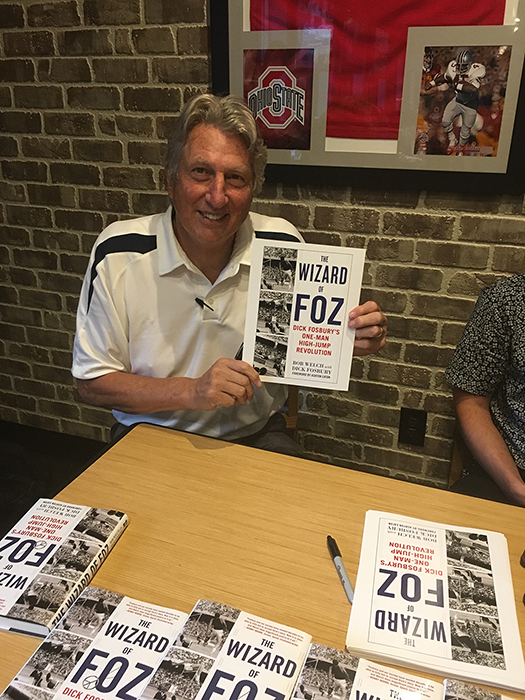 Fosbury is scheduled to be signing copies of the book Friday afternoon on the Mike Berkus Center Stage at the 39th National Convention at the I-X Center in Cleveland. He spoke with Beckett at the company’s party Thursday, where he was a popular guest. 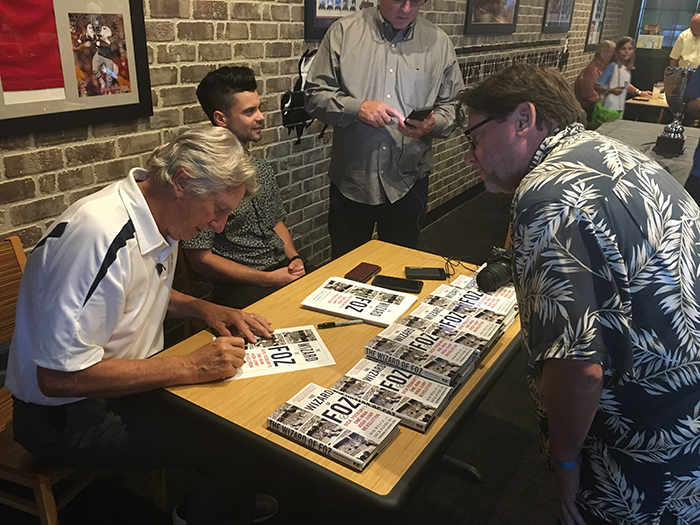 Beckett: Why write the book now? For the 50th anniversary of your Olympic gold medal?

Dick Fosbury: “This is a story that I’ve thought about for decades. But I was always focused on my work, I’m a professional engineer, so it was just something in the background. But I wrote stuff down decades ago and just never executed it. Then Ray [Schulte], my agent, and I started talking about doing a book five or six years ago and trying to find the right author. Bob Welch approached me, and I’ve known Bob but never really thought about it. But he grew up in Corvallis watching me when I was competing for Oregon State. He’s a published writer, so we started talking about it and the cards fell into place.” 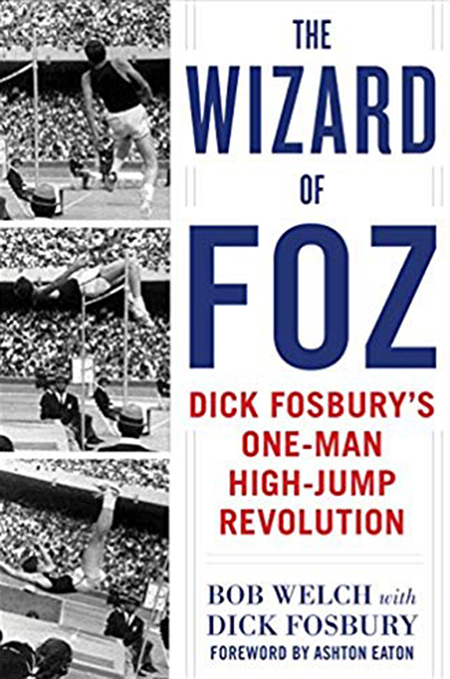 Dick Fosbury: “Well, it can certainly be interpreted as a negative, and I actually like that conflict. It made people question. The origin of the flop was when I started to improve in 1968 jumping indoors before the Olympic Games and before having an Olympic dream. And I won a couple of big meets against the Russians and as I got interviewed – with my engineering background – I said ‘Well, you can call that a back layout’ when they asked me what it was I was doing. And they didn’t even write it down. And I noted that. The next interview after I won a meet I said, ‘Back home they call it the Fosbury Flop.’ The guys ate it up. I was raised in southern Oregon and there was a caption in the local paper {Medford Mail-Tribune], ‘Fosbury Flops Over Bar.’ It comes from when you land a fish on the bank, it’s sitting there flopping and making that arching movement.”

Beckett: Were you having trouble with what you’ve called the Belly Roll technique? Is that why you went with the Flop?

Dick Fosbury: “When I got into high school, my coach tried to teach me how to do the straddle. Because he said the scissors [technique] that I had been using was not good enough for me to keep up. We started to work on it, he coached me, and I was awful. Terrible. We got through most of the season with poor results and I asked if I could go back to the scissors. He relented and said yes. It opened the door for me and the next meet I started scissoring. I didn’t have a plan, but as the bar was raised higher I changed my body position to adapt to the higher bar – from sitting over the bar in the scissors to a back layout lying flat on my back. And I improved half a foot in that first meet that I changed. I scored a point for the team and that was my breakthrough revolutionary moment.”

Beckett: At that point in your life, were the Olympic Games just a dream?

Dick Fosbury: “The Olympics were so far removed from my life. I’m one of the athletes that never had that Olympic dream. When I was a kid watching it on television, I figured that’s too far removed from me – I could never reach that. But it was a step-by-step process and in 1968 I had a terrific year. I was a young, strong collegiate athlete with a good training program and my coach helped me make the Olympic team and win the gold through the training program that he put me on.”

Beckett: Do you ever take the gold medal out and just appreciate it?

Dick Fosbury: “I take it out when people want to see it. To me, it’s part of my life but it’s in the background.”

Beckett: Did you have any desire to extend Mexico City to the 1972 games in Munich?

Dick Fosbury: “Not to Munich. I was dealing with the immediate. I was a junior at Oregon State and I had another year of eligibility. I wanted to get through that, and then I had issues with my grades. I had flunked out of engineering and I had reapplied back into the engineering program because in the Sixties all Olympic sports were amateurs. I wanted a career that would allow me to design cities. I got my degree in 1972 and tried to qualify for the [Olympic] trials and I missed it. I was fit, but I hadn’t been jumping. I missed it, but I watched our team go over. We had two floppers on the team and one straddler.”

Beckett: So your legacy was still there.

Dick Fosbury (laughing): “Well, it was in development as far as a legacy goes.”