A little more on 2012 Score Football There are a couple different products set collectors look forward to during the football season. One of the big ones comes out next week – 2012 Score from Panini America.

One of the greatest appeals is the price point. Packs cost about $1. Again, that’s one whole dollar.

But at that kind of price, one would think there wouldn’t be much to offer in 2012 Score. However, that doesn’t seem to be the case.

The set includes 400 cards: 300 commons and 100 Rookie Cards. In one box, collectors can expect 24 Rookie Cards, 36 Glossy, six parallels, 25 inserts and another three to four cards of either parallels or inserts. With 36 packs in a box and prices for hobby boxes n the $30 range, football set collectors could enjoy this.

Beckett did a first look at 2012 Score in May, but with the product closer to release, let’s break it down even more with a gallery of pictures from Panini … after the jump.

One of the reasons Score is able to keep the price down is the company keeps the hits down. With four autographs in every case, the hits are rare, but not impossible to get.

After 24 years of the name brand, collectors might recognize some of the reprints.

Panini has put together reprints of original designs using different photography from years such as 1989, 1995 and 2001. In the preview images, you can see Deion Sanders, Drew Brees and Peyton Manning featured on the reprints – some of the all-time best.

We’re still waiting on a checklist, but with 400 cards, can we just say everyone is included? 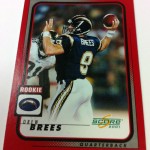 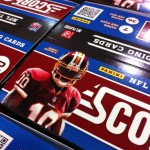 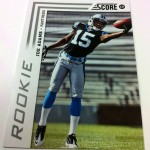 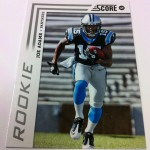 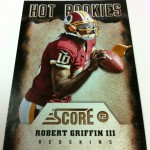 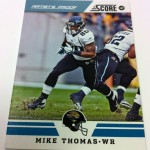 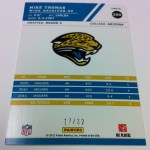 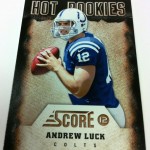 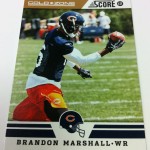 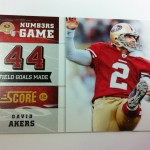 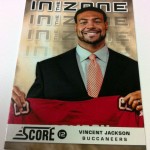 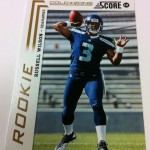 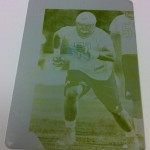 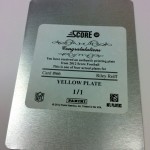 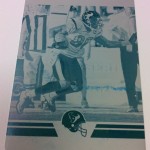 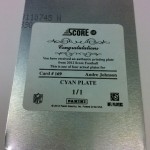 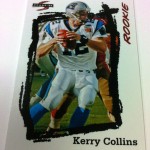 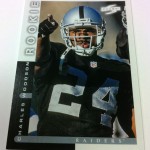 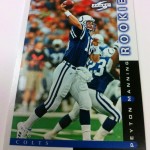 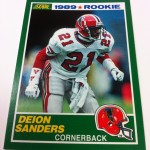 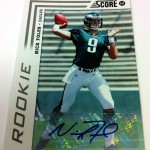 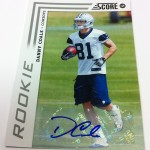 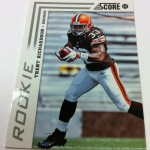 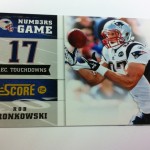 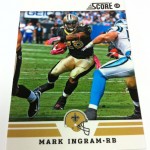 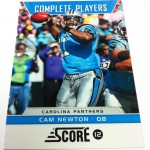 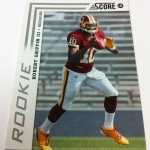 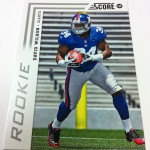