With Rory McIlroy winning the PGA Championship this weekend, some collectors might have rushed to see what kind of cards they can get of the young golfer.

Perhaps an autograph that have sneaked into a product. Or even an event-worn shirt. At the very least, just a card listing his accomplishments – which are piling up quickly.

No. There’s none of that. In fact, there’s just one licensed card and a handful of others.

Part of the reason is the lack of golf products in recent years. Upper Deck hasn’t had a dedicated set to golf since 2005. However, 2012 SP Authentic Golf is scheduled to be released at the end of August (but without McIlroy on the checklist).

Upper Deck had included a number of golfers in its Wide World of Sports and Goodwin Champions products over the last couple of years. But, none of the two-time Major winner.

There are about a dozen of McIlroy’s auctions for cards currently on eBay. The earliest coming from a 2009 unlicensed set – as are most of the cards of him on eBay.

The most popular of the cards is a 2011 Sports Illustrated for Kids. The cards are available as either uncut where nine athletes from multiple sports are on a perforated sheet. Or the card can be bought separately. It’s actually the only licensed card of McIlroy’s.

With his recent success and ranking as the world’s top golfer, perhaps we’ll see him on another trading card soon. 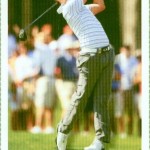 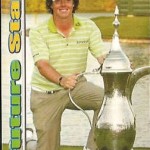 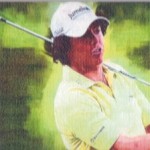 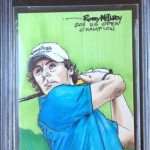 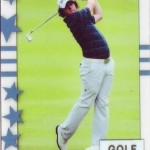 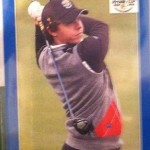 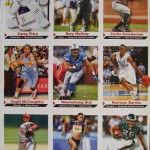