Since 2003, the Topps Fan Favorites Autographs insert set has been one of the most collected set in the hobby. The on-card autographs, coupled with a throwback design, seems to have resonated with collectors.

Over the years, Topps has done a remarkable job of securing autographs of many – as the name suggests – franchise fan favorites. Many of these players had solid big league careers, but for one reason or another, have few certified autographs in the Online Price Guide.

Pettis was one of the best centerfielders – and base stealers– in the game from the mid to late 1980s, winning five Gold Gloves from 1985 through 1990. His 11-year career spanned four teams, including the Angels, Tigers, Rangers and Padres. He finished his career as a .236 hitter with 49 home runs, 259 RBI and 354 stolen bases. He only has eight certified autographs in the Online Price Guide. Prior to his card released in 2018 Topps Archives, his only other certified autograph came from the 2013 Hometown Heroes product is also valued at $10. 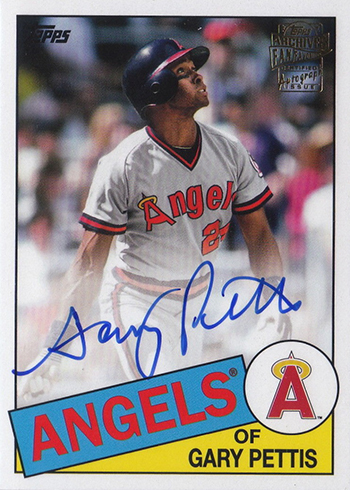 Millan was a three-time All-Star and two-time Gold Glove winner at second base from 1966 through 1977. He played for both the Braves and Mets. He finished his 1480 game career as a .279 hitter with 22 home runs and 403 RBI. Outside of a 2012 Leaf History of Baseball Cut Signatures card – limited to 105 copies – Millan has never had a certified autograph card prior to the 2018 Topps Archives release. 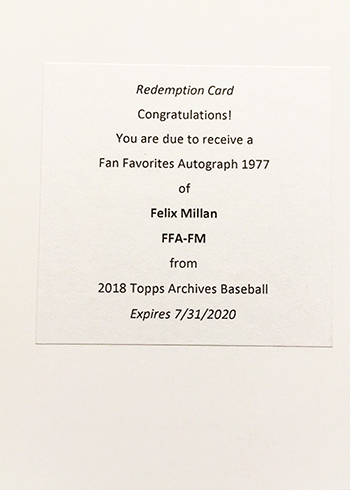 Garner currently has only 14 certified autograph cards in the Online Price Guide. He first appeared in the seminal 2000 Fleer Greats of the Game Autographs set and has had a few cut signature cards released in the last ten years. But he hasn’t had a relatively attainable autograph since the 2004 UD Legends Timeless Teams Autographs inserts. 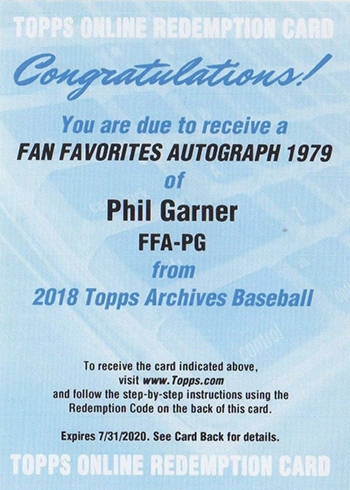 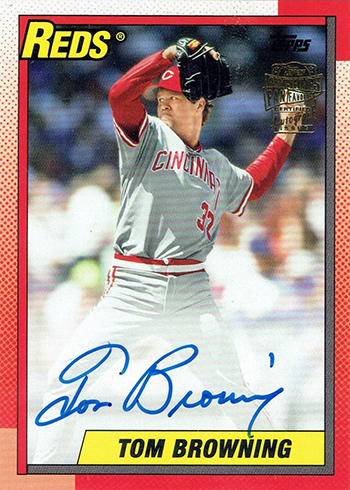 Ausmus played nearly 2,000 Major League games over the course of his 18-year career, with the majority spent with the Astros. He was an All-Star in 1999 and won three Gold Gloves. He was a career .251 hitter, with 80 home runs and 607 RBI. From 2014-2018 he was the Manager of the Tigers, going 314-332. Ausmus has just 8 cards in the Online Price Guide. Other than this 2018 Topps Archives release, his only other certified autograph card appeared in the 1996 Leaf Signature Autographs set and is valued at just $5. 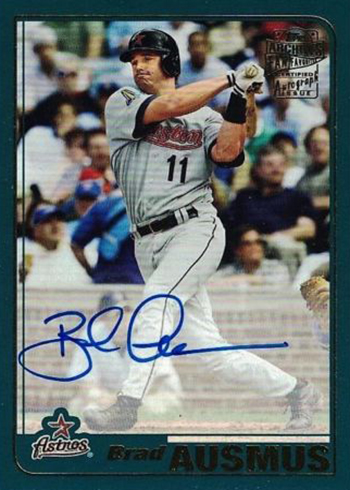