The reigning 2018 National League MVP has picked up right where he left off . With apologies to Cody Bellinger and Tim Beckham, Christian Yelich was the best player in the game through the first week of the young 2019 season.

Yelich currently has over 2,700 cards in the Online Price Guide, including more than 2,000 serial numbered cards, over 600 certified autograph cards, and 500-plus memorabilia cards. Rookie Cards? Seven.

Yelich’s cards are smoking hot on the secondary market right now, especially his certified autographs. Nearly all of his cards have been given the up arrow treatment over the last few days, with his 2010 Bowman Chrome Draft Prospect Autograph ($300) and his 2013 Topps Update RC ($25) among the most popular. 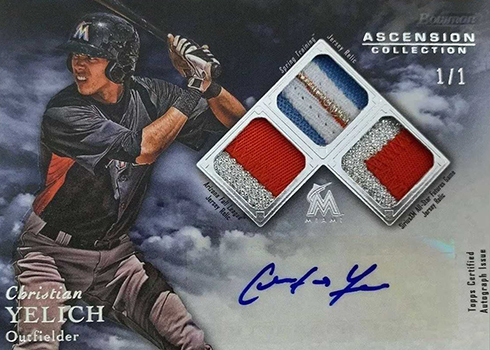 While Yelich’s 2010 Bowman Chrome Draft Autograph has been his hottest card, his 2013 Topps Chrome Rookie Autograph might be a close second in terms of certified autograph popularity. The base version of card was recently raised to $150. Prior to this Atomic Refractor hitting $450, the last recorded sale we have in the Market Data Report was an eBay sale for $135 back in November, 2013. 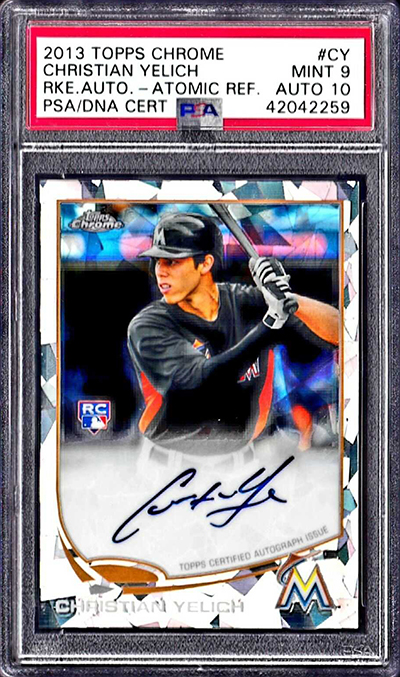 This is the highest sale for a 2019 Christian Yelich card that we’ve tracked over the last few weeks. Featuring the Logoman and a sticker autograph, this card parallels the Major League Materials Autographs set, which is serial numbered to 50. A Red version, numbered to 25, also exists. 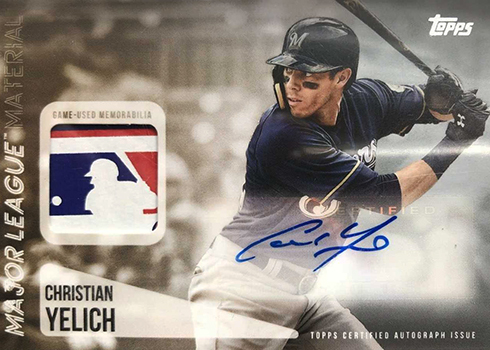