The end. 2020 Topps Star Wars: Rise of Skywalker Series 2 doesn’t mean the conclusion of a 40-plus year run for trading cards. However, the set does close out the story of what’s being dubbed as the final Skywalker film.

And it’s the story that’s a major focal point for this release. With Series 1 releasing alongside the movie, it doesn’t have all the plot points and story details. Series 2 covers it all. 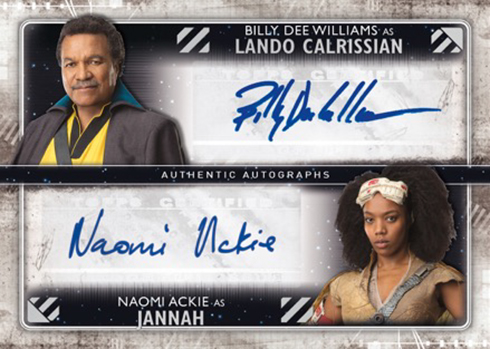 Hobby boxes come with an autograph plus a second hit that could be a second signature, sketch card, memorabilia card or medallion.

The base set has 100 cards, recreating The Rise of Skywalker for the medium of trading cards. It’s the full story, with full spoilers and key action points and revelations.

Autographs come from the film’s actors. 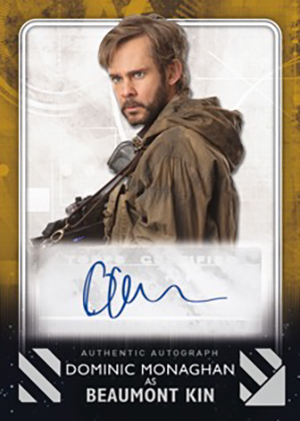 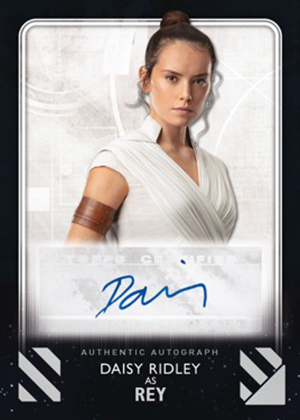 Multi-signature cards are available with two, three and six signers. 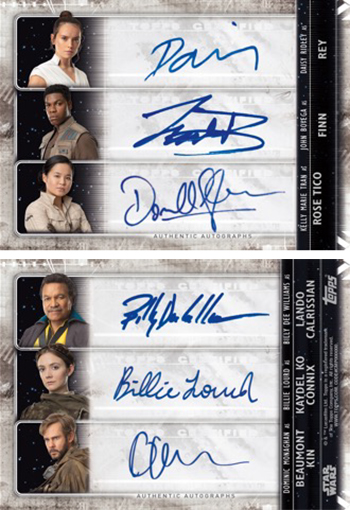 As for memorabilia, costume relics return. In previous sets, these have usually used material from the production versus screen-worn swatches. Parallels include Silver (/25), Gold (/10) and Black (1/1). 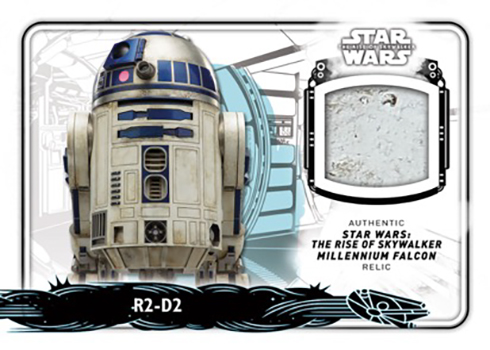 Medallion cards take on a vehicle theme, spotlighting some of the movie’s machines. Besides base versions, these cards have Silver (/50), Gold (/25) and Black (1/1) parallels. Select cards also have autographs.

As always, sketch cards feature original artwork done on the card itself. In addition to traditional sketch cards, there are also Shaped versions.

Rise of Skywalker Series 2 has six additional regular insert sets. Heroes of the Resistance, The Knights of Ren, and Villains of the First Order are all about characters. Weapons showcases guns and other tech from the film.

Finally, five more cards in the Kylo Ren Continuity set join the checklist. The first five are in Journey to the Rise of Skywalker. Cards from the second installment can be found in Series 1. 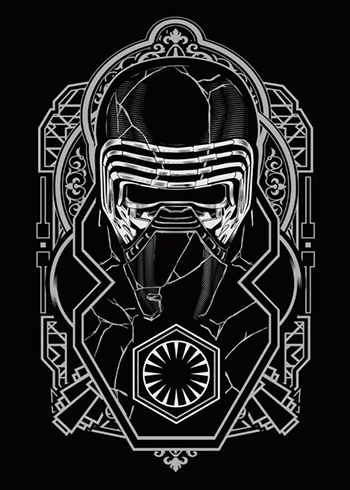 A full 2020 Topps Star Wars: Rise of Skywalker Series 2 checklist will be posted when available, likely shortly before the set’s release.