The 2020 Academy Awards are in the books and Parasite came away as the big winner. Not only did it win Best Picture and three other Oscars, the South Korean film also managed to escape a skewering toast in 2020 Topps Garbage Pail Kids: The Not-Scars. 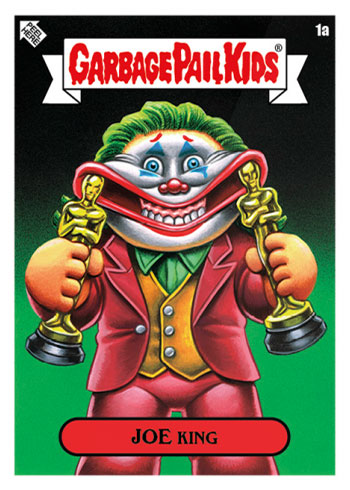 The online-exclusive release puts five other Best Picture nominees in its sights: Ford Vs. Ferrari, The Irishman, Joker, Little Women and Once Upon a Time…In Hollywood. Each film has one gag with the typical two different name variations. Most play off the actors involved.

It’s another print-on-demand release where production is based on how many sets are sold during a one-week window between February 10 and 17.

2020 Topps Garbage Pail Kids: The Not-Scars at a glance: 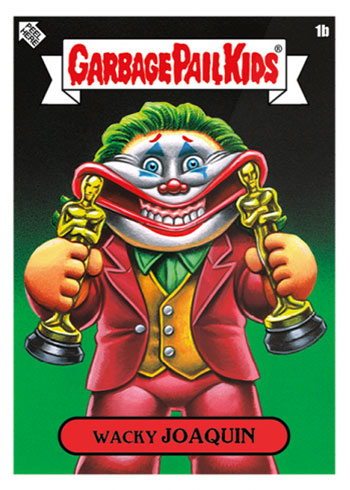 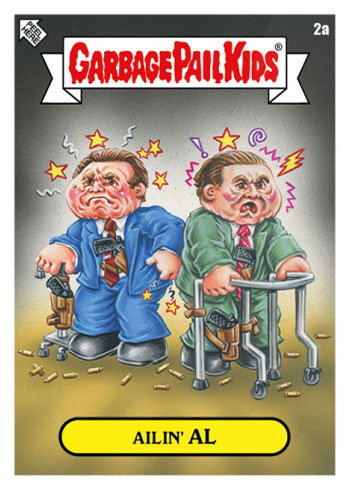 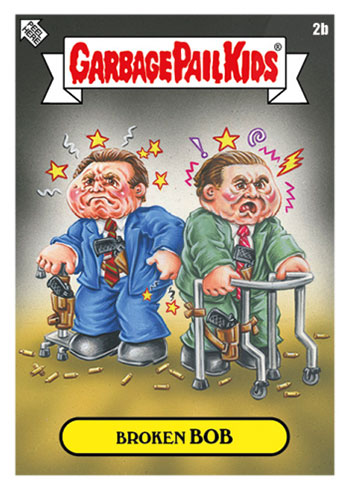 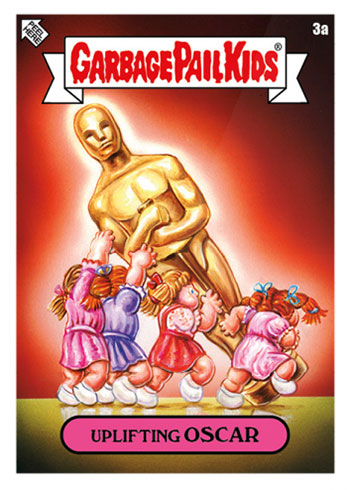 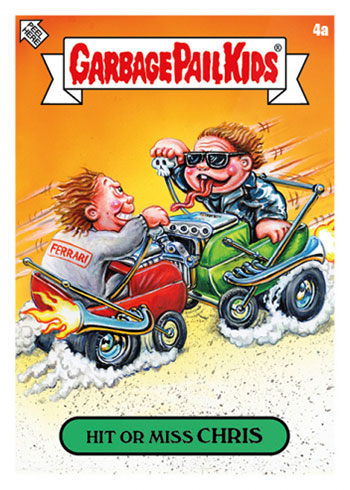 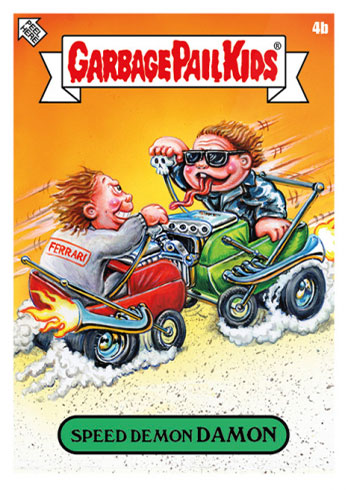 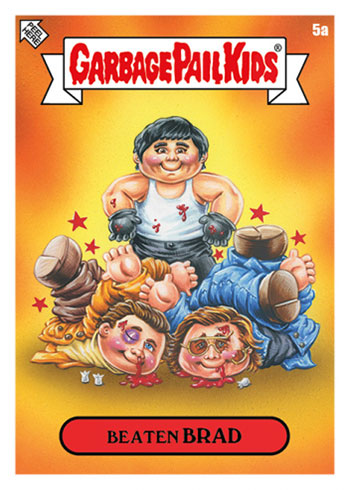 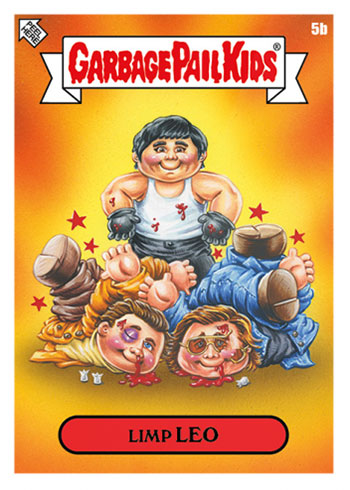