2020 Score Football marks the launch of a new NFL card season. And Panini is going big with it in a few different ways. The base set, pack sizes, many of the design elements — they’re all large noticeable.

Hobby boxes opt for a jumbo format. They have just ten packs, but each has 40 cards. Hobby boxes come with four autographs, 36 inserts and ten parallels. 2020 Score Football has a variety of retail formats as well including blasters, hanger boxes and more. These may not have quite the number of hits as far as quantity goes, but retail does have several of exclusives that expand the checklist even further.

Sticking with tradition, the base set tops the 400-card mark — 440 top be exact.

Of those, 110 are rookies, offering a deep look at the year’s freshman class. Because Score’s release coincides with the 2020 NFL Draft, Rookie Cards go with college images and details. Rookies land approximately nine per hobby pack. Retail fat packs have six while hanger boxes come with a dozen. 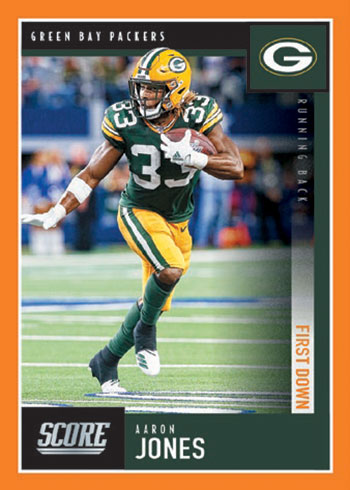 Base Signatures and Rookie Signatures use the main set as their design foundation. While Score traditionally is heavy on rookie ink, veterans are present as well. 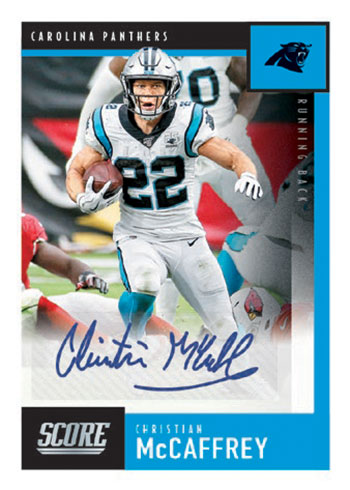 Memorabilia cards are on the 2020 Score Football checklist, however, they’re exclusive to retail.

2020 Score has several additional inserts, some of which venture into bold designs. Among them is Intergalatic, a new theme that’s a case hit in hobby. 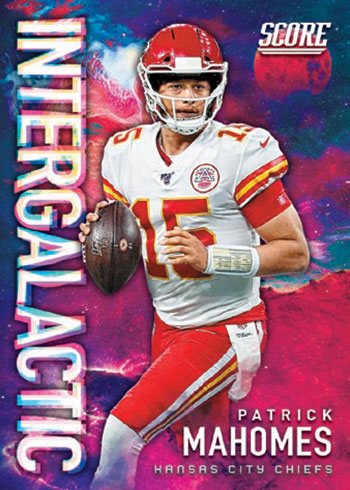 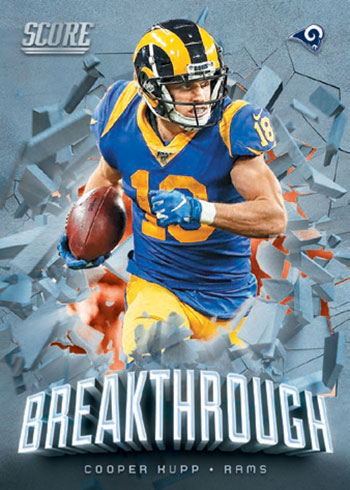 Inserts found at retail include Breakfast of Champions, Game Face, 3D, Deep Dive, Huddle Up and Next Level Stats.

2020 Score Football cards at a glance:

What to expect in a blaster box:

What to expect in a retail fat pack:

What to expect in a hanger box:

The full 2020 Score Football checklist and team set lists will be posted as soon as they’re available, likely shortly before the set’s release.