2020 Rittenhouse Umbrella Academy Season 1 trading cards bring the Netflix show to the hobby. And while there’s plenty for fans of the series, the autographs feature some actors with broader appeal. Hobby boxes promise one autograph plus either a second signature, a memorabilia card or a sketch card.

Kind of like a cross between X-Men and The Facts of Life, Umbrella Academy mixes superpowered strangeness, mystery and angst all amidst some extremely colorful personalities. Originally a comic book, the show was a hit for Netflix, quickly getting a second season (that just happens to be premiering right around the time this set arrives).

Rittenhouse has a 63-card base set recapping all ten of the first season episodes. Each gets six cards.

Ellen Page, who plays Vanya Hargreeves in the show, headlines the autograph list. An Oscar nominee for Juno in 2008, her other credits include Inception, X-Men: Days of Future Past and Whip It. One could also trace her acting back to Trailer Park Boys for one of her first roles. 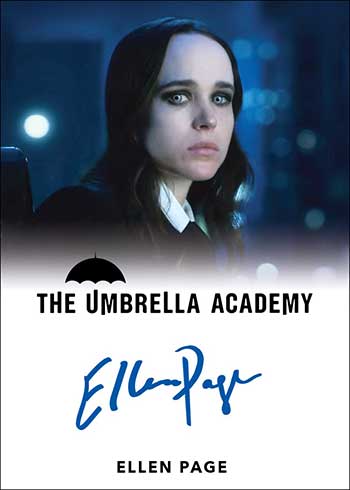 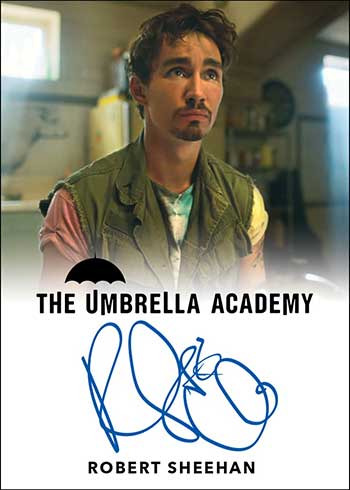 There are more than a dozen different Relic cards. 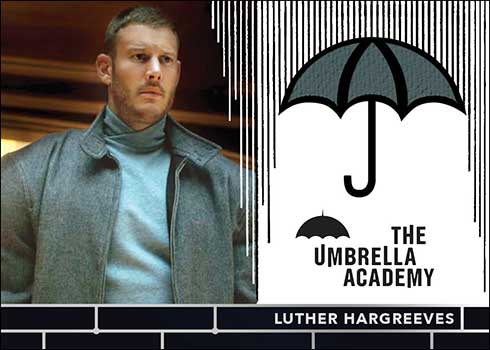 These are a mix of costumes and props used in the show by key characters. 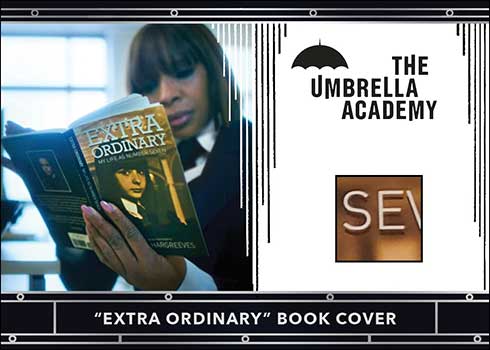 Collectors can expect to find three additional inserts in approximately every box. Quotable Umbrella Academy, Heist at the Museum, and Then and Now all land 1:24 packs.

Quotable notes some of the season one’s best dialogue over a dozen cards. Heist at the Museum features seven art-based cards. Finally, Then and Now pair Umbrella Academy members with shots of their younger selves.

The set also has nine Acetate Starring Characters chase cards. Printed on the plastic-like clear stock, these are somewhat tough at 1:72 packs. 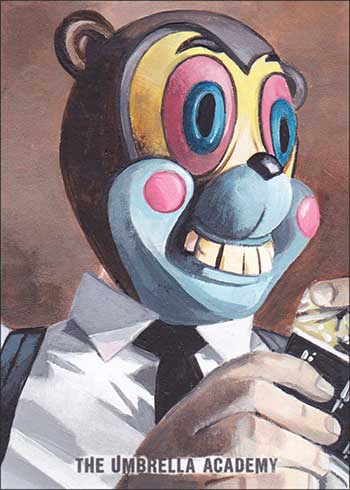 Finally, there’s a special Archive Box for an 18-case incentive. Among the contents here are four matching printing plates used to make one of the base cards.

The following is a list of confirmed autographs for the set. It is subject to change and more names can be expected. 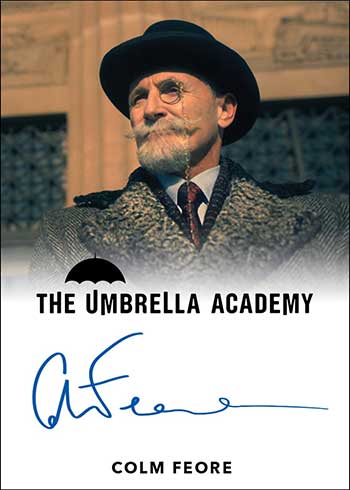 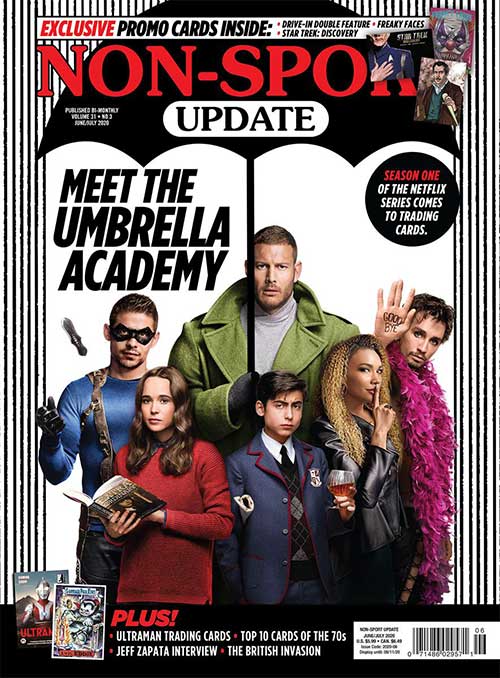